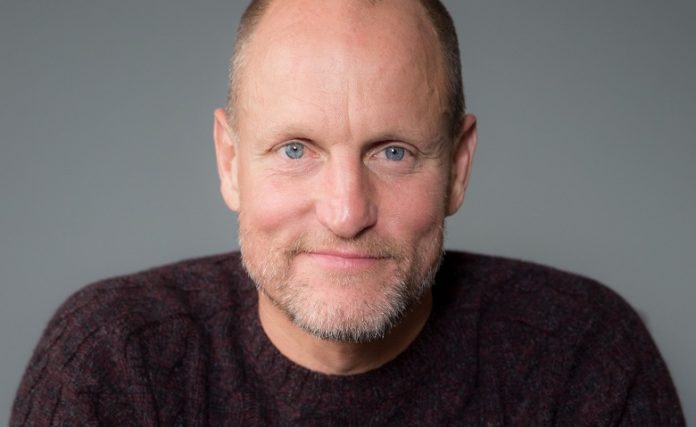 Continuing this look at the net worth of the former Cheers cast with one who has arguably done the best of the bunch, Woody Harrelson. The guy is a stellar actor, he’s got the range, the credits and the bank balance to support the claim. Cheers was his first credit, which is a hell of a place to start. Woody, playing a character called Woody, showed up in the forth season of Cheers, as a replacement bartender character, after Nicholas Colasanto passed away. He played dumb well, and was a hit with the fans. His television work post Cheers was sporadic, but only because he transitioned into film, where he has gone from strength to strength, pulling in the big number from the mid nineties onward. In recent yuears he has really stepped up, appearing in 12 films over the last two years, and he already has a half dozen lined up for 2018.

So let’s take a long look at Woody Harrelson’s life, see where he came from, where he made his money and where he might be going in the future.

How Did Woody Harrelson Make His Money & Wealth? 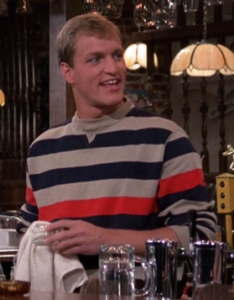 Woody Harrelson was born on July 23rd 1961 in Midland Texas. He moved to his mother’s home town in 1973, Lebanon Ohio, and went on to study Theater and English at the University of the Indiana, graduating in 1983. His father was the contract killer Charles Voyde Harrelson, who was convicted of three murders and died in prison in 2007.

Two short years after graduating Harrelson landed one of his most well known roles, that of Woody Boyd on the critically acclaimed sitcom Cheers. His character was a replacement for Coach, whose actor died of a heart attack the previous year. He played the straight man for the entire bar, with much of the character’s comedy coming from misunderstanding, and unintentional insults,very much in the same vein as Coach. He was a hit with the viewers, and by this time Cheers was a major commercial success on top of being a critical darling, and the role was a major boon to the young Harrelson’s career.

Early days of the shows run would see him pulling in $50k per episode, with that going up as the show went on. Harrelson used his position on Cheers to increase his exposure, and landed a few roles in film and other shows during that run. It meant that by the time the final season rolled around he was pulling in six figure per episode minimum. He would reprise the role for an episode of Frasier, a much better episode than the one with Sam in it in my opinion. Cheers actors get a check to this day, seen as the show is still pulling in a fair amount of cash. Ted Danson was pulling in $500,000 per episode, and while it is safe to assume that Harrelson was not making quite so much by the end, it is safe to assume $100,000+ per episode.

His career post Cheers has gone from strength to strength. Consistent and acclaimed work for the last thirty years under his belt. Film work pays a lot ore than television work, with a successful sitcom being the long term exception. Considering that Woody Harrelson has both to his name it is not a surprise that he is sitting in the $60 million+ bracket.

Woody Harrelson has been married twice, first to Nancy Simon from 1985 to 1986 and more recently yo Laura Louie in 2008.

Where is Woody Harrelson from?

Harrelson is from Midland, Texas.

Who was Charles Voyde Harrelson?

He was Woody Harrelson’s father. He was a contract killer, having left his family in 1968. Woody had lost track of where his father was by the time of his high profile murder of Judge Wood in 1981. Woody visited his father regularly in prison, where he is quoted as saying that his father is an intelligent and well read man, but not one worthy of loyalty ir all that much love. He died in 2005, still incarcerated.

Why was Woody Harrelson brought on for Cheers?

The actor who played Coach, Nicholas Colasanto, died before the next season could be shot, and Woody Harrelson was hired to fill the void. He played a very similar role to Coach, from a comedy perspective and was a hit with the fans.

What happened with Woody Harrelson’s AMA?

Oh, that is a good story. Back in 2012 Woody was promoting a film called Rampart. His PR guys thought it would be a good idea to jump onto reddit and do an AMA. But they had no idea what an AMA actually is. It is not an advert, it is a way for people to answer all kinds of questions, and get a little promotion in for a project, Hence Ask Me Anything. Harrelson’s PR guys made the mistake of asking everyone to only ask questions about Rampart, and they put a 15 minute time limit on the thing. Huge mistake, the backlash from the community for this break in form was real, and continues to endure. Woody revived much of the ire, though I don’t reckon he had much to do with the error. A more recent AMA, with Seth MacFarlane, almost went the same way, but he quickly corrected the error and set up a real AMA.