Kirstie Alley Net Worth 2018 – How Much She’s Worth Today 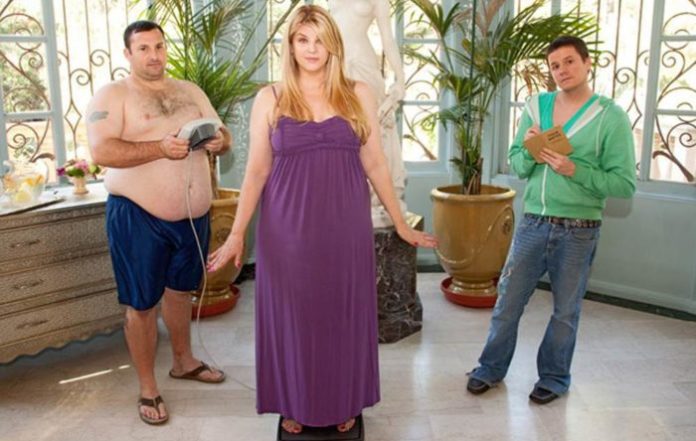 Only a few folk of note to write about from Cheers left. Kirstie Alley is best known for playing Rebecca Howe on the show, a replacement for Shelley Long, who left after season 5. She starred as the new foil, and belligerent love interest, from season 6 until the end of the shows run. She has a successful career on the screen, appearing in a  few projects every year, a combination of film and television. Her personal life is near as interesting as her professional life, what with her being a Scientologist and all, but I’ll leave that for the FAQ section. Here we will be focusing on how and where she made her fortune. Starring in a couple of successful sitcoms is a great long term money spinner, and Alley has more than Cheers under her belt. In the late nineties she starred in Veronica’s Closet and more recently has star billing on Scream Queens, a horror comedy show that was cancelled early this year.

So let’s take a look thorough her career, see where the money came from and where she might be going in the future.

How Did Kirstie Alley Make His Money & Wealth?

Kirstie Alley was born on January 12th 1951 in Wichita Kansas. Growing up acting was not on her radar, at first she wanted to be an interior designer. At some point she was introduced to Scientology, and uprooted her life, moved to California and pursued both the religion and her interior design work. She did land herself on a few game shows in the early days, which spurred her interest in film. Her first on screen performance was in the best of the TOS era Trek flicks, Star Trek II: The Wrath of Khan. She played Vulcan Lieutenant Saavik. She was offered too little money to reprise the role in the two subsequent films, but the role was enough to get her foot in the door, and between her first film role in 1982 and her casting in Cheers she appeared in half a dozen films.

After season 5 of Cheers Shelley Long did not want to continue with the show. She was worried about repeating the same stories over and over, and so the producers were in a bit of a rush to replace her, as Diane did play an important part in the ensemble dynamic of the show. In the beginning she was a force of power on the show, able to give and take with Sam Malone on equal footing, but honestly, the character crumbled towards the end. Becoming a neurotic, man obsessed twit, revealing the strong female boss front as just that, a facade. Bit of a shame, seen as the show was really good at balancing the positives of the cast with the negatives. An example of heavy flanderization, or character derailment if I ever saw one.

As a star of the show, and at the height of the show’s popularity no less, Alley was pulling in the big bucks. By the end of the show’s run she was making six figures, and to this day receives a check for her role on the show, as do many of her former co-stars. She is the only one of the Cheers stars, bar the sadly decease Nicholas Colasanto, who did not reprise the role on the successful spin off show Frasier.

In addition to Cheers she stared in a number of films, and while a fair few were commercially successful, none would be mega hits. Her latter day performance in Veronica Mars was very well received, and the show was a commercial hit for a while, but nothing approaching the success of Cheers. She has showed up in a number of reality shows, focusing on her fluctuating weight issues. Alley has also had work as a spokes model for a variety of products.

Overall it’s no surprise she is sitting on this much cash, even though it is arguable that her career peaked in the eighties. She is still getting work, and her ties to the Church of Scientology are likely a boon there. Her wealth would have been a little higher than as stated, but she makes routine donations to the Church, peaking in 2007 with a $5 million donation.

Kirstie Alley married Bob Alley back in 1970, but divorced in 1977. She remarried in 1983, to Parker Stevenson, but they divorced in 1997. She is not currently married to anyone. She had two children with Stevenson, William True and Lillie Price, and is a grandmother.

Where is Kirstie Alley from?

Kirstie Alley is from Wichita Kansas, but moved out west to pursue Scientology.

Is Kirstie Alley a Scientologist?

Kirstie Alley was raised a Methodist, but became interested in Scientology in the mid seventies, joining the church in 1979. She was a cocaine addict at the time, and made use of the Churches Narconon system, kinda like NA but for Scientologist, to kick the habit. She is very dedicated to the church, and is currently a OT VII, Operating Thetan level 7. It is apparently very hard to get, requiring a lot of home study. Reportedly there are other levels above this, including VIII, and many others that are unconfirmed.

When Leah Remini left the church 2013 Kirstie Alley called her a repugnant bigot. Remini  has made numerous claims about the church, concerning the high profile members like Tom Cruise and John Travolta, and was concerned with the corruption she saw, in addition to the disappearance of church leader David Miscaviage’s wife Shelley.