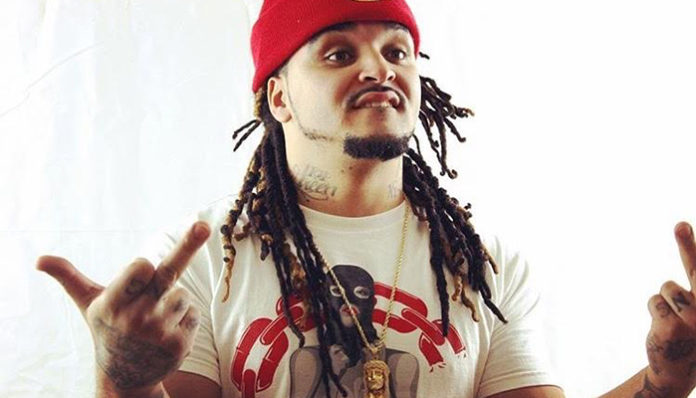 Based in New Jersey, Albee Al is perhaps best known for his tracks, I’m a Gee, Hot 97 Freestyle, and Shining Down. A rapper since his teen years, he released a number of mixtapes throughout the early 2010’s including The # Draft Pick, Welcome to Baghdad Vol. 2, Albee Al Vs. The Industry, and Anthrax Vs Albee Al.

Just as his music career was taking off however, Albee Al was charged with murder- it wasn’t until fours years later in 2014 that he was acquitted of the charges. Regaining his freedom, he dove straight back into the studio; from there, he recorded many singles including, Welcome to My City, and Uncomparable– both of which created quite the buzz. Since then, the rapper has also done many collaborations with Daddy Co., Ve, Monty, and Uncle Murda, among others. His most recent album, Tears 4 a Goon was released in October 2017.

With all that said, how is he doing for himself now? Has the last few years proved to be lucrative? According to sources, Albee Al currently has an estimated net worth of $100,000. What are some of the highlights of his career? Let’s take a look below.

How did Albee Al Make His Money & Wealth? 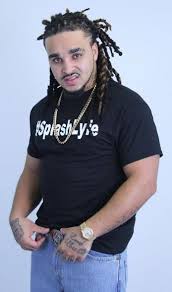 Born on July 12, 1988, in New Jersey, Albee Al (Real Name: Albert Robinson) was raised in a less than ideal neighbourhood in Jersey City. Frequently exposed to violence and crime, he eventually got into the street life while still in grade school. Around that time, he befriended future NFL star, Kenny Britt at school, whom he remains close with to this day. Unfortunately, not much else is known about his childhood; it’s assumed that he got into rap sometime in his early teens.

Ultimately, it was during his early twenties that he started to take his hobby more seriously. Dedicating more time towards his music, he spent many hours at the studio, where he began penning his own beats. Gradually getting the hang of it, Albee eventually released a number of mixtapes including, The Gladiator (Welcome to Baghdad), Welcome to Baghdad Vol. 2, and Mike Myers Back.

Made available for streaming online, these projects gave rise to several tracks including, It’s All Good It’s Alright, Who Wanna Fight, Mic Check Back For Business, What We Do Freestyle, Candy Freestyle, Softest in the City, and Around The Way. Despite being a few years old, they’ve accrued tens of thousands of streams on sites such as Datpiff.

Just as his career was about to take off however, the rapper was arrested for murder. According to reports, a 17 year old teenager had been shot and killed in the midst of a gang fight in downtown Jersey City. Taken into custody, Albee was eventually charged with aggravated manslaughter, reckless manslaughter, and first-degree murder- all of which combined led to an over 100 year sentence.

Unfortunately for Albee, he spent the next four years behind bars before being acquitted of all the charges in June 2014. Understandably so, he took a break from music between 2010 and 2014; it wasn’t until well after he had regained his freedom that he got  back on track with his rap career. In the summer of 2015, he released his first official single titled, N*ggas Done Started Something.

Then in January 2016, he released a mixtape titled, Everyday June 30th. His first tape in four years, it boasted thirteen tracks including Realest in the Room, Way of Life, Go to War (Feat. Arsenal), Last Pose, 2 Many Sips, and When it Hurts.

Riding the same momentum over the next months, the artist later dropped a volume two of Everyday June 30th in July 2016. Posted to Soundcloud, the playlist comprised of twenty tracks, some of which included Still I Stand, Better Way (Feat. PNB Rock), I Just Can’t, Can’t Trust Love, Until The End of the Road, and Getting to the Cake. Already, the mixtape has been listened to hundreds of thousands of time online.

Fast forward a year and he has dropped another new mixtape, Easy On ‘Em. Featuring guest appearances from Buck Lgr, Kay 57, Jay 45, D. Slugga, and Greaz, it came with eleven tracks including Me Against the World, I’m a Different Breed, Short Temper, War With Anybody, In My Zone, and Never Tell.

Since then, Albee has come out with another project- Tears 4 A Goon.  Released on October 4, 2017, it came with eight new songs, a handful of which were collaborations with other artists. Some of said tracks include, Regular, Sticking to the Code, Remember I Was Starving, Get Away, and I’m Yours.

As far as public performances go, he put on two shows last year in New York- one at PURLIEU and another at S.O.B.’s in March and April respectively.

No, the New Jersey rapper is not married as far as we can tell. In fact, his relationship status is still up in the air.

Does Albee Al Have Any Children?

No, Albee Al does not have any children that we know of.

Did Albee Al Go to College?

From the looks of it, he has not gone to college. After completing high school, he focused  on his music career prior to being sent to prison in 2010.

What is Albee Al’s Real Name?

His stage name is actually derived in part, from his real name, Albert Robinson.

Where Does Albee Al Live? Pictures of Albee Al’s House

As far as we know, Albee Al currently resides in New Jersey- at this point in time, it’s unclear whether or not he still lives in Jersey City.

We do not have any pictures or further information on his location to share at this time.

What Kind of Car Does Albee Al Drive?

How Much Did Albee Al Make Last Year?

Regrettably, we do not have any information on Albee Al’s earnings for 2016.

As mentioned earlier, he has dropped two mixtapes this year- Easy On ‘Em and Tears 4 a Goon; both have since received favourable reviews from fans.

If you’d like to stay on top of his news and announcements, be sure to follow Albee Al on social media- you can find him on Twitter at @albeeal201.