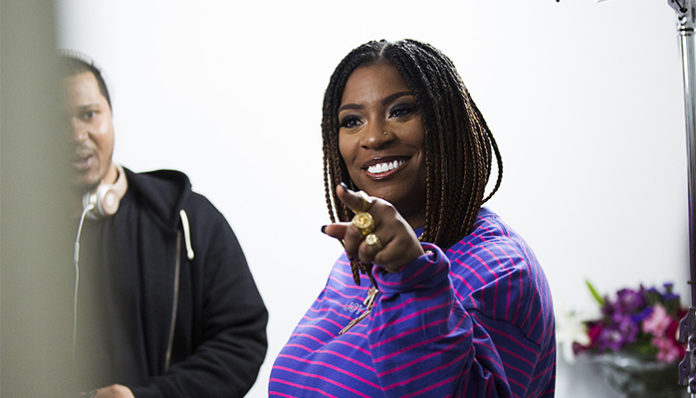 Based in Oakland, California, Kamaiyah initially rose to fame for her breakout single, How Does it Feel. High-spirited and confident, she has been making music ever since she was nine years old. Anything but an average 25 year old, she is also the first lady to join The Big Money Gang.

Known for her 90’s style rap, she released her first mixtape, A Good Night in the Ghetto last Spring. Well receieved, the project gave rise to several street hits including Out the Bottle, Niggas, I’m On, and Ain’t Going= Home. More recently, Kamaiyah dropped her second mixtape, Don’t Ever Get it Twisted in April 2017.

One of ten individuals to be included in XXL’s 2017 Freshman Class, Kamaiyah has already got herself over 150K fans across social media. On Instagram alone, the rapper has more than 95K followers tuning into her feed. At the rate that she’s dishing out new projects, her presence in the rap scene is guaranteed to go up.

With all that said, how well off is Kamaiyah? How rewarding is her music career? According to sources, she currently has an estimated net worth of $100,000. From what did she earn most of this amount from? What are her biggest money makers? Let’s find out.

How did Kamaiyah Make Her Money & Wealth? 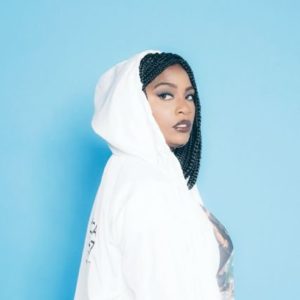 Born on March 13, 1992, in Oakland, California, Kamaiyah (Real Name: Kamaiyah Jamesha Johnson) was raised in a multi-cultural neighbourhood on High Street. Surrounded by music growing up, her interest in the art form only grew with time. By the time she was nine years old, she had started to experiment with writing her own songs. As a student, she went to Hayward High School, one of the oldest schools in the city.

Inspired by the work of Bow Wow, Kamaiyah soon began to write beats of her own. Pouring more time into the hobby, she later formed a music group with a few of her guy friends which they called, The Big Money Gang. Despite the fact that they shared many recording sessions together, it ultimately did not work out. Eventually parting ways, each of the members went on to work on a solo career, including Kamaiyah.

At the age of 23, the aspiring rapper hit it big with her breakout single, How Does it Feel. Despite having been written in just fifteen minutes, it quickly became a critical success. Recorded at Faultline Studios in San Francisco, it was released as a digital download on October 19, 2015. Made available for streaming on Soundcloud, the track has since racked up over 552,000 plays on the site. On Youtube, the official MV has also been viewed close to 3 million times.

Continuing to release new singles over the next few years, she eventually dropped her debut mixtape, A Good Night in the Ghetto on March 14, 2016. Co-written by Kamaiyah herself, she enlisted several music producers for the project including CT Beats, DJ Official, Drew Banga, 1-O.A.K., Trackademics, among a few others.

Featuring guest appearances from YG, Say’ M, and her crew over at Big Money Gang, the 16-track project gave rise to the songs, One Love, For My Dawg, Freaky Freaks, Mo Money Mo Problem, Hoochie Hotline (Interlude), I’m On, and Out of the Bottle. On Soundcloud, the playlist has already been streamed millions of times as of 2017 (the most popular being Fuck It Up with 5.28 million streams).

More recently, the rapper released the single, Build You Up on July 7, 2017. A new song from her upcoming debut album, Don’t Ever Get It Twisted, the track revolves around the topics of dignity, support, and female empowerment. Uploaded to Soundcloud as with her previous releases, it has already racked up over 207K plays in just a few month’s time. On Youtube, the accompanying visuals have also been viewed over 446,000 times.

As expected from an emerging artist, Kamaiyah has also put on numerous shows over the past two years. In fact, she had just embarked on a concert tour in 2016- one that brought her performing as far as Vancouver, Canada.

So far in 2017, the rapper has already performed over a dozen dates from Palm Springs, California to Los Angeles, California. Looking at her schedule now, she has two additional shows booked for October 28th and 29th in LA. For more information on the venues, please visit her official website at itskamaiyah.com.

Speaking of sites, Kamaiyah presumably also receives a cut from her Vevo account on Youtube. Since it’s launch in February 2016, she has accrued over 2 million views with more than 7,300 subscribers. As of October 2017, her most popular video, the MV for How Does it Feel has been viewed over 1.4 million times.

For now, it’s unclear whether or not Kamaiyah is currently in a relationship.

Does Kamaiyah Have Any Children?

Yes, the rapper gave birth to a daughter named Janiyah in May 2013. Up until now, the father’s identity has not been revealed to the public.

Did Kamaiyah Go to College?

As far as we can tell, Kamaiyah has not gone to college. Our best assumption at this point is that she went full speed into a music career after completing high school.

Where Does Kamaiyah Live? Pictures of Kamaiyah’s House

According to a recent interview, Kamaiyah currently lives with her grandmother in a subdivision town called Stockton, about an hour and a half away from where she grew up in Oakland. Due to the fact that her best friend (who lives in Oakland) is ill however, she frequently travels back to stay at his house.

We do not have any pictures of Kamaiyah’s house to share with readers at this time.

What Kind of Car Does Kamaiyah Drive?

Unfortunately, we do not have any information on her vehicle at this time.

How Much Did Kamaiyah Make Last Year?

Regrettably, we do not have any details regarding her earnings for 2016.

On October 10, 2017, Kamaiyah released her latest single titled, Successful. From then until now, its video on Youtube has already been viewed over 166,00 times.

If you’d like to stay on top of her news and announcements, be sure to follow the 25 year old on social media- for instance, you can find her on Twitter at @itskamaiyah.