Baka Not Nice Net Worth 2018 – How Much the Canadian Rapper Makes? 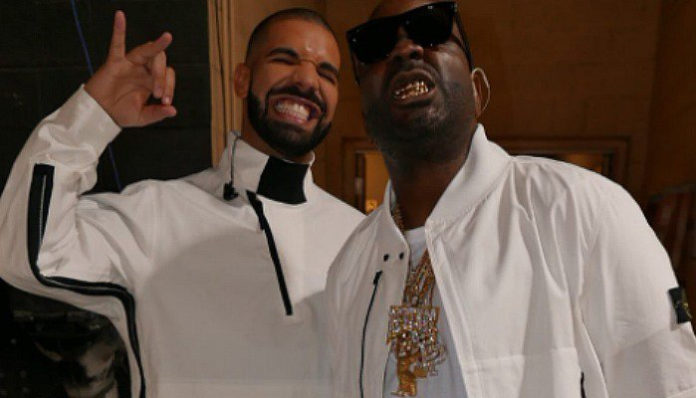 Drake’s longtime friend, Baka Not Nice was signed to OVO Sound live in front of a crowd earlier this year. A member of his inner circle, he has been featured in many of the rapper’s hits including Know Yourself and If You’re Reading This It’s Too Late– mostly as backup vocals.

Soon after signing the deal, the Toronto native dropped the single, Live Up to My Name. A smash hit, it has been played millions of times since its release earlier this summer. Despite having been sent to prison for human trafficking charges in 2014, it would appear that Baka has since managed to turn his life around- if anything, his future in the rap scene appears bright.

Currently, Baka Not Nice is working on his debut project, 4Mill though there isn’t an official release date as of yet. Seeing as how he launched his music career just a few months ago, information on his net worth is not yet available. Still, that doesn’t stop us from going over how things has played out for him so far. So let’s get to it!

How did Baka Not Nice Make His Money & Wealth? 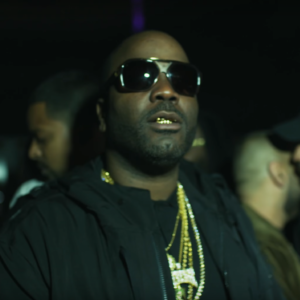 Born on March 6, 1979 in Toronto, Canada, Baka Not Nice (Real Name: Tracy Savoury) grew up with rapper Drake in his hometown. Unlike the latter however, not much is known about his early life as he didn’t come into the spotlight until much later. For now, all we know is that he worked as part of Drake’s security team for many years prior to his solo debut.

During that time, Baka also appeared in a number of Drake’s releases- most of which saw him fulfilling the backup vocals. Some of the tracks that contributed to include From Time, Hype, Free Smoke, and Gyalchester. Still, it wasn’t until he signed to the rapper’s Warner-distributed sound label that he started to gain some attention for himself.

Prior to that however, Baka was convicted on human trafficking and assault charges in addition to firearm charges, which led to an 11-month sentence. According to reports, he had forced a 22 year old women to prostitute, after which he stole her money. Luckily for him, the woman chose not to testify against him (some speculate that she was threatened or paid off). Regardless, the whole incident ended up taking away close to a year of his freedom.

Finally in April 2015, he was released from prison, an event that led Drake to celebrate with an Instagram post- part of the caption read, “Been waiting for 11 months!! Baka finally home!!!!!”. Though it’s unclear what Baka chose to do with his time following his release, it wasn’t until earlier this year that he returned to the spotlight, courtesy of his childhood friend, Drake.

This June, Baka Not Nice was signed to Drake’s OVO Sound Label live in front of a crowd at a New York night club. The start of a new journey, the video of the announcement has since received over 29,000 plays on Instagram.

Getting right to work at the studio, the new artist eventually dropped his debut single, Live Up To My Name on June 30, 2017. Made available for streaming on multiple websites, the track quickly became a smash hit, garnering more than a million streams in just a few weeks time. As of October 2017- just four months after its release, it has already racked up over 4.1 million plays on Soundcloud. Likewise, its official music video has received over 4.7 million views on his Youtube channel.

The first chapter of his rap career, it’s clear now that Baka will be working towards adding to his music catalogue. In fact, its already been announced by Drake that the newcomer is working on a debut project titled, 4Mill. Having said that, there have not yet been any mentions of an official release date.

Speaking of Youtube, it’s likely that Baka has also been monetizing his videos. From 2016 until now, the rapper has amassed over 11,800 subscribers with more than 5 million views- not bad for someone who just signed to Drake’s label a few months ago. Assuming that he receives a stream of income from Google (e.g. by displaying ads on his videos) it’s likely that he’s already made a few thousand dollars from his MVs.

Is Baka Not Nice Married?

At this time, it’s unclear whether or not Baka Not Nice is married or in a relationship. Until there’s confirmation, it’s assumed that the rapper is currently single.

What is Baka Not Nice’s Real Name?

His real name is Travis Savoury.

Does Baka Not Nice Have Any Children?

From what we can gather, Baka Not Nice does not have any children. Again, that’s just an assumption at best.

Did Baka Not Nice Go to College?

Unfortunately, not much has ever been revealed about Baka’s early life- including his education history. From what we can tell however, he has not gone to college.

Baka Not Nice currently resides in Toronto, Canada. Sadly, we do not have any pictures of his home to share at this time (as details are scarce!).

What Kind of Car Does Baka Not Nice Drive?

Information on Baka Not Nice’s vehicle is currently unavailable.

Since he joined Drake’s OVO family, Baka Not Nice has managed to hit it big with the single, Live Up To My Name, which has already garnered millions of streams in a matter of months.

Prior to that, he was also featured in a number of Drake’s works including Free Smoke, Gyalchester, Hype, and From Time, as mentioned earlier.

As mentioned earlier, Baka Not Nice was sentenced to 11 months in prison after being charged with human trafficking and assault in 2014. He was released in April 2015.

How Much Did Baka Not Nice Make Last Year?

We do not have any details on Baka Not Nice’s 2016 earnings at this time.

For the latest news and announcements, make sure to follow Baka Not Nice on social media- you can find him on Twitter at @BakaAKAnotnice.