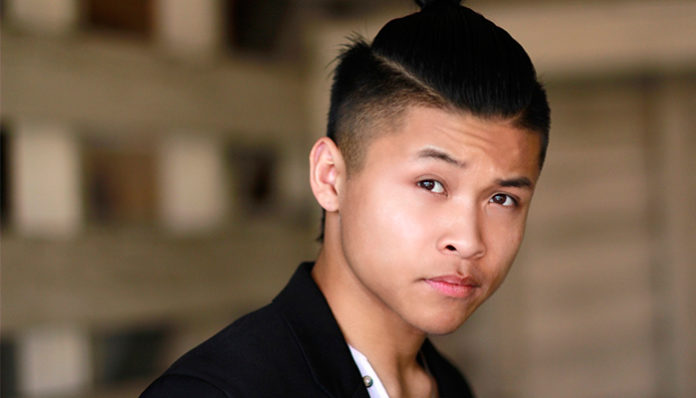 A social media celebrity, Dan Nampaikid originally rose to fame on Vine, where he had amassed over a million followers. Friends with Jerry Purpdrank, he has collaborated with many other online stars including Gary Rojas, Logan Paul, Anwar Jibwawi, and Max Jr. Since the app shut down, he shifted his focus onto his other accounts including those on Youtube, Instagram, and Facebook.

Mostly known for his vlogs, the twenty something has received well over 1.5 million views on his Youtube channel as of 2017. Aside from his videos, he also has 1.5 million followers on Instagram, 1.6 million likes on Facebook, and 127K fans on Twitter. If anything, his popularity has only continued to soar following the end of his Vine career.

At this day and age, it’s no secret that social media can be a lucrative career. With that said, how much has Nampaikid managed to bank in the few years that he’s been in the game? To put it simply, how rich is the 23 year old from Boston?

According to sources, the former Vine star currently has an estimated net worth of $150,000. What projects led to such earnings? Let’s take a closer look at his career and find out.

How did Dan Nampaikid Make His Money & Wealth? 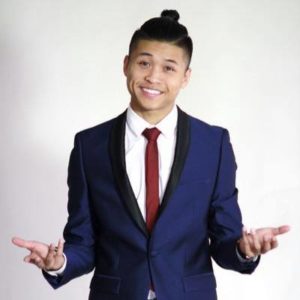 Born on October 6, 1993, in Boston, Massachusetts, Dan Nampaikid (Real Name: Daniel Nyugen) is the son of Vietnamese immigrants. Raised in East Boston, he’s always gravitated towards the performing arts, whether it be comedy or dancing. Unfortunately, not much is known about his early life as he’s never revealed much about his childhood. A martial artist, he also enjoys playing video games in his spare time.

Like many teenagers, Nampaikid got into Vine shortly after its release in 2013- he was nineteen years old. As it happened, he had been introduced to the social media fad by long time friend, Perry Purpdrank. Using the app as a platform to showcase his creativity, he began to shoot videos in his home, which he then uploaded onto his account. His first six-second clip was posted on May 24, 2013; quickly taking to the app, he soon posted four additional videos that same day.

Putting his hobby of video-making to good use, he regularly updated his page, which led his follower count to steadily increase. Within just a few month’s time, Nampaikid had successfully amassed thousands of fans on Vine. As his presence on the platform grew, he had the opportunity to collaborate with other Vine stars including Gary Rojas, Anwar Jibawi, Logan Paul, and Max Jr. Naturally, these joint ventures only further boosted his fame.

By the time the app was shut down, the Boston native has well over one million followers on Vine. A social media influencer with those kind of numbers, it wouldn’t be surprising if he were to have received a fair share of endorsement offers.

Since the end of Vine, Nampaikid has been focusing his attention on his other social media accounts, one of which includes his Youtube channel. As of 2017, the 23-year-old has over 76K subscribers with more than 1.5 million lifetime views. Currently, his most popular upload, My Roast Yourself Challenge…Finally has been viewed over 178,000 times. Some of his other top videos include When You Finally Stand Up Against Your Mom, How it Feels Trying to Get a Girl’s Bra Off,  and Old Kung Fu Movies Be Like.

Like most Youtubers, he has probably been monetizing his content through Google’s partnership program (e.g. earn revenue from displaying advertisements). How much has he made from his videos so far? Let’s figure this out with a few simply calculations- given that he receives a couple of dollars per 1,000 views and that 40% of his viewcount is monetized, then Nampaikid would have made in the ballpark of $1,200. That’s not bad for some extra income on the side!

According to Socialblade, Nampaikid’s channel has been growing at a steady pace over the past few months. More specifically, he currently gains upwards of a hundred new subscribers on a daily basis. With that kind of growth, his overall ad earnings is also likely to go up with time.

No, the 23-year-old Youtuber is not married. In fact, not much is known about his relationship status- until he says otherwise, it’s assumed that he is currently single.

Does Dan Nampaikid Have Any Children?

No, Dan Nampaikid does not have any children that we know of.

Is Dan Nampaikid his Real Name?

No, it is not his real name- he simply goes by Dan Nampaikid (or just Nampaikid) on the internet. His birth name is Daniel Nguyen.

Did Dan Nampaikid Go to College?

At this time, it’s unclear whether or not he has attended college- as not much is known about his education history.

Judging by the P.O. Box address that he has posted onto his Twitter account, he currently resides in Hollywood, California. Unfortunately, we do not have any further details or photos of his house at this time.

What Kind of Car Does Dan Nampaikid Drive?

As expected from an internet celebrity, Dan Nampaikid has managed to amass millions of followers across his social media accounts within just a few years time.

How Much Did Dan Nampaikid Make Last Year?

Regrettably, information on Dan Nampaikid’s 2016 earnings is unavailable at this time.

To stay connected with Nampaikid, be sure to follow him on social media if you haven’t already done so!