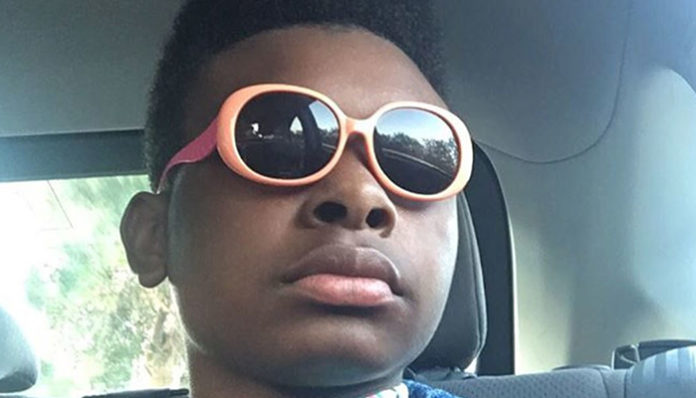 From Pleasantville, New Jersey, Jay Versace originally rose to fame on Vine for his random, yet comedic six-second clips. An aspiring actor ever since he was a child, he has brought laughter to those around him for many years. Still, who would have guessed that he’d have millions of fans on the internet one day?

One of the most popular users on Vine, he had over 3 million followers on the app by the time it shut down in early 2017. Since then, Versace has also gained over 500,000 subscribers on Youtube, where he uploads vlogs on a regular basis. In terms of other platforms, the 19 year old also has a presence on Twitter, Facebook, and Instagram.

With that said, how well off is he? How much has he managed to make from his social media career over the past few years? According to sources, Jay Versace currently has an estimated net worth of $700,000. Where did the teen get this money from? To find out, let’s take a closer look at what he’s achieved over the past little while.

How did Jay Versace Make His Money & Wealth? 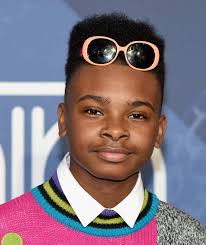 Born on January 24, 1998 in Pleasantville, New Jersey, Jay Versace had always wanted to get into comedy- ever since he was young. Even at school, he was the class clown; he loved making people laugh. Having said that, it wasn’t until later on that he started to experiment with impressions- something that he is well known for to this day.

A seasoned comedian by the time he was in his mid teens, he made the decision to join Vine in 2013, shortly after its inception. Putting his humour to good use, he began to conjure a number of funny skits- most of which were based off of his family and friends, which he later uploaded onto his page. Over time, he eventually became known for his unique ability to sum up an individual’s presence into a caricature; for instance, he has done so for many celebrities including Kylie Jenner and Gucci Mane.

Within a few months, he already had tens of thousands of followers on Vine. Later in June, his popularity peaked again after he posted a clip of himself dancing to Erykah Badu’s hit song, On and On in a towel, which ended up earning a thumbs up from the artist himself. A genius move by the teen, it caused another surge in his follower count. By January 2015, he had reached a whole new milestone- 600,000 fans on Vine.

As it’s usually the case, Versace likely made a decent sum from posting sponsored posts throughout his Vine star. Though his earnings from the platform have not been revealed to the public, it’s no secret that celebrities earned upwards of a few grand per endorsement campaign.

Since the Vine era came to an end, Versace has been continuing his antics on Youtube. As of 2017, he has amassed over 500,000 subscribers with more than 12.7 million views- that’s even more than what he had on Vine! Unlike the app, where he could only post six-second clips, the star has full freedom in terms of what he can upload on Youtube. Though he posts the occasional advice video, most of his channel consists of his vlogs (which easily garner hundreds of thousands of views each).

Given that the 19-year-old has been monetizing his content through Google ads, he would have likely earned himself an impressive sum, seeing as how he has over 12.7 million lifetime views. According to various sites, Youtube pays its users upwards of $5 per 1,000 ad views- you can see that this can easily add up with an adequate audience.

How much has Versace banked from his channel so far? Typically, only 40% of one’s total view count (e.g. 12.7 million in his case) display ads; taking that into consideration, he would have already made over $10,000 from his vlogs. Seeing as how his account is still growing, this figure is likely to increase even further in the near future.

From what we can tell, those are two of his greatest money makers- his Vine account, and his Youtube channel. Will he realize his childhood dream and get into acting on screen some day? Only time can tell.

No, he is not married, nor is he currently in a relationship.

Regarding his sexuality, Versace recently revealed that he’s not attracted to specific genders on Snapchat, which made headlines last summer. In his words, “[he] loves people in general no matter what gender [they] are.”

Does Jay Versace Have Any Children?

No, Jay Versace does not have any children that we know of.

Did Jay Versace Go to College?

From the looks of it, the teen has not gone to college. Regarding his education history, not much is known at this time- it’s unclear whether or not Versace plans on continuing with school in the next few years.

Is Jay Versace His Real Name?

No, Jay Versace is his stage name- it is taken from a Vine by Riff Raff in which he’s seen feeding his dog, “Versace water” or as he had put it, “water from the fountain of life.” Thinking that it’s funny, he decided to adopt it as his moniker.

Despite his popularity, his real name has never been revealed to the public.

Originally from New Jersey, Jay Versace moved to Los Angeles last year in order to pursue his comedy career. We do not have any photos of the Youtuber’s house at this time.

What Kind of Car Does Jay Versace Drive?

Within just a few years, Jay Versace has managed to establish a presence for himself on several platforms- not just on Vine where he originally rose to fame, but also on Youtube, Facebook, Instagram, and Twitter.

How Much Did Jay Versace Make Last Year?

Regrettably, we do not have any information on Jay Versace’s 2016 earnings.

This summer, the Youtube star found himself in the middle of a feud with American singer, Princeton Perez. According to reports, Versace had grown tired of the latter’s continuous harassment, which led him to share some of the private messages that they’d exchanged on social media.

A whole ton of drama, it ultimately ended in the two suspending their respective Twitter accounts (though Versace has since reactivated his account). Realizing that he’d angered many fans with his actions, he eventually gave a formal apology on Twitter, to anyone who he may have offended.