Max Beaumont is not your average 20-year-old. He’s been interested in technology and coding since he was in grammar school, and he created his own website when he was only 10 years old. Most recently, he’s been known for being in Team 10, the ragtag group of social media influencers headed by Jake Paul. As of August 2017, Max has left the group, and faced major drama and backlash for it. Let’s take a look at how he was able to make his money and wealth over the years.

How Did Max Beaumont Make His Money & Wealth?


Max Beaumont was born on February 8, 1997, in Connecticut. He describes on his LinkedIn profile as a kid who always had to be doing something. He was not content to just sit inside with his friends, playing video games and watching television. Max was always on the move and learning things. He credits his father’s work ethic with informing his own. Max writes about a family trip that his family took every summer to Shelter Island, NY, and how the boredom led him to create his first website.

He used birthday money to purchase all the necessary things for the site such as the theme, the domain, and the hosting. His parents weren’t necessarily on board at first – he had to convince his father that he knew what he wanted the site to look like, and how he wanted it to work. Once he’s worked on it for long enough, Max Beaumont was able to sell the website for almost $1,000. Not bad for a ten-year-old with a summer project. Max seems to think that his current success hinges on that one pivotal summer, and his parents allowing him to spend his birthday cash on the website.

From 2012 to 2016, Max Beaumont attended a private K-12 school called Green Farms Academy where he was able to take part in the Entrepreneurial Club. It must be a very good school – class sizes are small, most of the teachers have masters degrees, if not Ph.D.’s, and tuition prices for the older classes are upwards of $40,000! Whether his parents pay for his schooling or part of Max’s own net worth goes towards tuition is unknown. In addition, Green Farms Academy also requests its students to participate in what it calls Annual Giving, which is on top of tuition. Max also took a course in business and entrepreneurship at the University of Southern California during his stint at the Team 10 house.

Max Beaumont has an impressive resume. In the fall of 2011, he founded Vendora Studios, which was the production studio behind the mobile game Project Boom. According to his LinkedIn profile, Max managed 15 people in the development of the mobile game. He was only 12 at the time. The game garnered the attention of the media and won a few awards. A review describes it as simple and clean graphics and gameplay. It was available in the app store for the iPad.

At the same time, he founded Beaumont Studios, where he was “in charge of running and managing development, marketing, and beta testing teams.” Max also lists himself as the CEO and Owner of the website GShelper.com which assisted customers with purchasing templates for apps and customizing them so that they would be ready for launch. The site was bought out within 6 months and is still in use today. You can find it by clicking here.

Max Beaumont is currently the founder of Beaumont LLC, and he is still listed as the Head of Special Projects for TeamDom, which is the business name for Team 10. He joined in May of 2017 and lived in the house in California for awhile. In August of 2017, one of the other member, FaZe Banks, was accused of assaulting Jake Paul’s assistant Meg. The whole team rallied against FaZe – except for Max. Max left the Team 10 house, took a break from social media, and decided to return to university full-time.

Max did begin to post YouTube videos again in September of 2017, and he outlined his plan to make the next Siri. It seems like he has lost interest in just making and flipping apps, and has moved on to artificial intelligence. He did not get into specifics but commented that he wanted to help people, and aid scientists in fixing climate change. He definitely has some lofty goals and will go on to do great things. 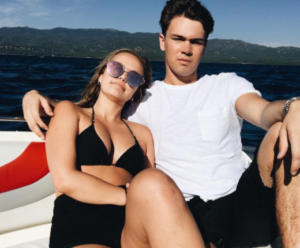 While Max Beaumont is not married yet, he is currently dating Sophie Harbist. While she was not on Jake Paul’s team, it seems like the pair met during Max’s time at the Team 10 house. They frequently post about each other on their Twitter pages. Max describes their dates, like the time they attempted to fit a bunch of different activities into the night of September 20th, ending with a trip to a strip club. Max informed Twitter that he was in love with Sophie the day before.

Max makes about $100,000 per year for his ad revenue generated from his YouTube videos, his brand endorsements, and all of his business revenues.

How much money does Max Beaumont make per video? 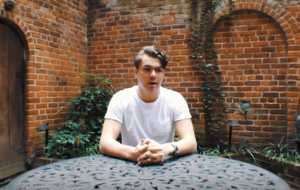 Max moved back to New York, and his apartment is huge and amazing. There’s plenty of space, which  He filmed a portion of his videos in his courtyard, which is surrounded by red brick, and plants, and it looks like an oasis within the city.

What Kind of Car does Max Beaumont Drive- 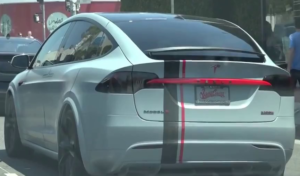 Thehollywoodfix.com spotted Max driving around Los Angeles in a gorgeous white Tesla with a black and red stripe on July 31st, 2017. While it’s possible that Max Beaumont owns the car, it’s more likely that it was loaned to him by Jake Paul.

According to his LinkedIn profile page, Max states that he supports many causes such as human rights, health, poverty alleviation, as well as economic empowerment. He is also the subject of various crowdfunding efforts. Apparently, people are so worried about Max losing his job that they started up Go Fund Me campaigns for the ex-social media influencer. According to Bridge Cervy, one such supporter, Max is now “sleeping on a sofa and now has nothing.” There are at least 5 such accounts, and all of them claim that the funds will go directly to Max. The Go Fund Me pages were all developed a month ago when the drama first went down, and have not gotten any donations as of the writing of this article.

Max also donated 10% of his first solo YouTube video to victims of Hurricane Harvey and stated that he would be giving things away every time that he made a video.

Max has achieved a great deal in his young life. He created a website and flipped it at the age of 10. When Max was 12, he thought of a mobile game, and led a team of fifteen people to create it, and release it to the App Store. That game was award-winning and received media attention for peaking at number 4 on iTunes. Max has made 20 other apps that he was able to make in a couple weeks, and then flip for $1500 to $3000. He was able to negotiate the business world in ways that many adults could not, and get money from investors to fund his ideas.