Holland Roden’s Snapchat Name – What is Her Snapchat Username & Snapcode? 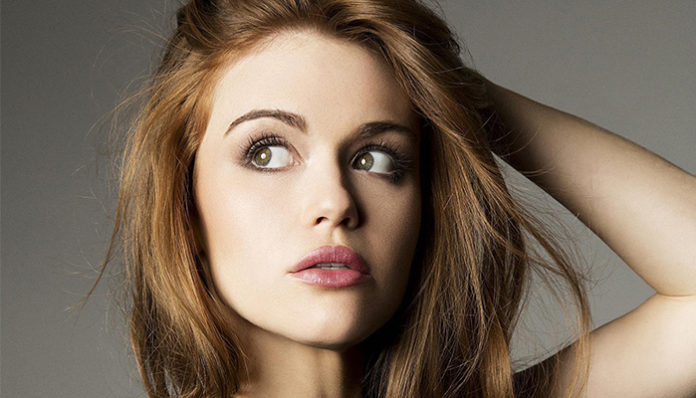 Hailing from Dallas, Texas, Holland Roden is perhaps best known for playing Lydia Martin in the teen drama, Teen Wolf (2011). Interestingly enough, acting was not her initial career choice- prior to getting involved with the show biz, she aspired to become a cardiothoracic surgeon. It wasn’t until she was in her twenties that she decided to become a full-time actress. Having said that, she made her acting debut in the short film, Consideration in 2004.

Born on October 7, 1986 in Dallas, Texas, Holland Roden has had the knack for acting ever since she was young. Growing up, she not only took drama classes, but also participated in several theatre camps. Despite her love for performing, she herself- the daughter of two medical professionals- aspired to become a surgeon.

After graduating from Hockaday School, an all-girls preparatory school, she went to UCLA where she majored in women’s studies and molecular biology, all while maintaining a pre-med education. Inspired by her parents’ work in the medical field, she originally aspired to become a cardiothoracic surgeon.

Considering her love for acting however, it’s not surprising to know that she appeared in two films during her late teens, Consideration (2004), and Back at the Ranch (2004). While continuing her studies at UCLA, Roden continued to make occasional appearances on television; for instance she appeared in, CSI: Crime Scene Investigation (2007), 12 Miles of Bad Road (2008), Lost (2008), and Cold Case (2008).

Eventually deciding to pursue acting full-time, the actress received her first significant role in the direct-to-video film, Bring it On: Fight to the Finish (2009). A teen comedy, it enters around the lives of a group of cheerleaders in the posh, West Los Angeles High School. Playing as one of said cheerleaders, Roden starred alongside Christina Milian, Rachel Brooke Smith, Cody Longo, and Vanessa Born.

A couple of guest appearances in Criminal Minds (2010), and The Event (2010) later, Roden hit it big with a lead role in the MTV supernatural series, Teen Wolf (2011). Loosely based on a film from the 80’s (more specifically Teen Wolf by Matthew Weisman and Jeph Loeb), the plot centred around a teenager named Scott McCall, whose life changes after being bitten by a werewolf during his sophomore year.

While Tyler Posey played as said teen, Roden played the part of Lydia Martin, a popular girl who has supernatural abilities of her own. To this day, it remains to be Roden’s best remembered portrayal on television. Aside from the two actors, other members of the main cast included Crystal Reed, Tyler Hoechlin, Dylan O’Brien, Colton Haynes, Arden Cho, and Shelley Henig.

Premiered on June 5, 2011, Teen Wolf quickly gained popularity among teens, who raved about the show on social media. Praised for its production quality, the first season drew in an average of 1.7 million viewers during the summer of 2011. Unsurprisingly, MTV later renewed the drama for six additional seasons- the last of which (e.g. season six) recently came to an end on September 24, 2017.

Despite a gradual decline in ratings, the series remained popular among fans. Not just that, but it also won a number of industry accolades including a Saturn Award for Best Youth Oriented Series and a Teen Choice Award for Choice Summer TV Show, among others. For her stellar performance in Teen Wolf (a role that she  portrayed for 100 episodes), Roden also received a Young Hollywood Award and a Teen Choice Award (among two nominations).

Aside from playing Lydia Martin in Teen Wolf over the past few years, the actress also appeared in a few other programmings. For instance, she played a one-off character in Grey’s Anatomy (2012), and was featured in the reality series, Fashion Police (2014).

More recently this summer, it was announced that Roden would be playing one of the lead roles in the upcoming horror anthology series, Lore. Developed for Amazon Video, each episode of the drama will tell a new story, based on the podcast’s anthology format. According to the cast list, the actress will be playing a character by the name of Bridget Cleary. Joining her as other members of the main cast are Robert Patrick, Colm Feore, Kristin Bauer van Straten, and Cathal Pendrid.

According to reports, the first season of Lore will premiere online on October 13, 2017.

Speaking of horror series, she will also be appearing in the third season of Channel Zero, an anthology created by Nick Antosca. Based on popular creepy pastas, the supernatural drama originally premiered in October 2016 on Syfy; since then, it has already ran for two seasons.

Joining the series in season three, Roden will be playing the part of Zoe Woods. Unfortunately, not much has been revealed about the plot, other than the fact that the season is titled, Staircases. Having said that, we do know that she will be joined by actors Brandon Scott, Diana Bentley, and Olivia Luccardi. For now, no official release date for season three has been announced as of yet. 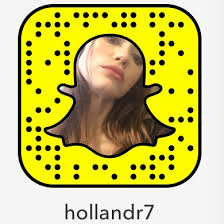 Like many celebrities, you can find the Teen Wolf star on Snapchat! If you’d like to see her daily snaps, be sure to add her on the app- you can do so simply by clicking here.

Looking for an easy way to stay connected with the actress? How about following her on Twitter? You can find her official account at @hollandroden.

Who wouldn’t want to follow the star on Instagram? Now you can view her photos on your newsfeed by following her at @hollandroden- close to 4 million fans have already added her on the photo sharing app!