Bobby Smurda Net Worth 2018 – How Much “Shmoney” Does He Have 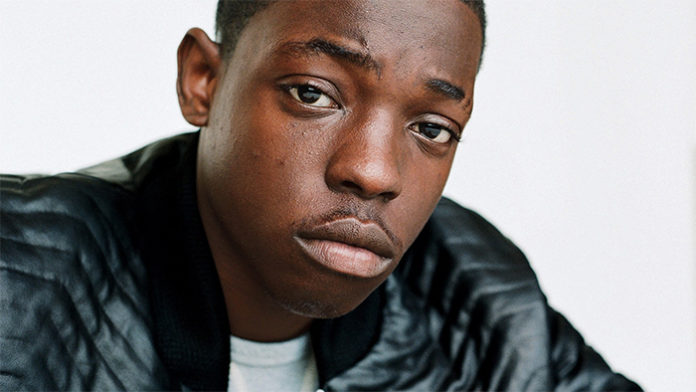 A rapper out of Brooklyn, New York, Bobby Shmurda rose to fame for his 2014 single, Hot Nigga. Influenced by some of his favourite artists artists including Trick Daddy, Lil Wayne, and 2Pac, he took up rapping at the age of ten. That year, he created his first song- a remix of Crime Mob’s, Knuck If You Buck.

Like many youngsters who grew up on the streets however, Shmurda’s upbringing was less than ideal. By the time he was fourteen, he had sold various drugs including crack. As a result, he faced a number of charges during his teens, one of which included a 15-month detainment.

Ultimately, it wasn’t until many years later in 2014, that he received widespread attention for his song, Hot Nigga. Accompanied by catchy visuals, the single did wonders in propelling him to fame. Soon afterwards, Smurda dropped a second track titled, Bobby Bitch which also ended up charting in the US. His debut album, Shmurda She Wrote was later released in November 2014.

How has his rap career played out since then? Did he managed to bank himself a decent amount from the above titles? According to sources, Bobby Shmurda currently has an estimated net worth of $400,000. Let’s take a closer look to see where this fortune of his came from.

How did Bobby Shmurda Make His Money & Wealth?wate 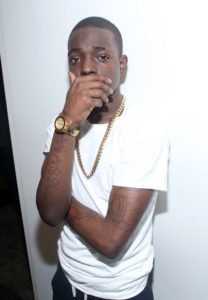 Born on August 4, 1994, in Miami, Florida, Bobby Shmurda (Real Name: Ackquille Jean Pollard) is the son of a Jamaican father and a Trinidadian mother; he has an older brother named Javese. Growing up in Brooklyn, New York, where they had moved to shortly after his birth, his childhood was turbulent. Raised by his mother (following his father’s incarceration), he spent most of his time out on the streets where he picked fights with other children.

Diagnosed with attention deficit disorder, Shmurda had trouble staying in school, as he often ran out of his classroom. As one can expect, his grades suffered. By the time he was in his early teens, he was selling all sorts of drugs on the street with his older brother and his friends. Clashing with the law on a regular basis, he faced a number of legal charges during the 2000’s.

When he wasn’t out stirring trouble however, he enjoyed listening to music. Some of his favourite acts included Trick Daddy, Juvenile, 2Pac, and Biggie. Inspired by their work, he eventually created his first song- a remix of Knuck If You Buck by Crime Mob in 2004. From there, he continued to hone his skills by making his own “mad” versions of songs by popular artists such as Jay Z and 50 Cent.

It wasn’t until many years later, that he received a breakthrough with his 2014 single, Hot Nigga. Produced by Jahil Beats, the track quickly went viral following the release of its music video, which featured the “Shmoney Dance.” A smash hit, the song peaked at number six on the Billboard Hot 100, making it Shmurda’s one and only top 10 record in the US. On top of that, it eventually also reached number one on the Hot R&B Songs chart and number 16 on the Billboard Rhythmic chart.

His first and only platinum-certified record, Hot Nigga has since been remixed by a number of rappers including French Montana, Lil’ Kim, Ace Hood, Lil Wayne, and Juicy J.

The rapper later released his debut EP, Shmurda She Wrote on November 10, 2014. Featuring production from Jahil Beats, the project included five tracks, Worldwide Nigga (Featuring Ty Real), Wipe The Case Away (Featuring Ty Real), Living Life (Featuring Rowdy Rebel), and Hot Nigga. A relative success, the album reached as high as number 79 on the Billboard Top 200 with an approimate 20,000 sales; it also peaked at number 7 on the Top R&B Albums chart and number 5 on the Top Rap Albums chart.

On top of the above mentioned releases, Shmurda has collaborated with many artists including Shy Glizzy, Migos, The Game, Ty Doll $ign, Rich the Kid, and Juelz Santana, to name a few. Some of said songs include, On My Way, She All About That Shmoney, Time Ticking, Right Now, Block Boy, and Celebration.

Aside from what he’s earned from said singles and album, the rapper has put on multiple concerts in the past, which serve as another source of income. From 2014 to 2015, he put on a total of 14 performances across the United States.

On Youtube, his Vevo Channel is likely to also yield him some amount of earnings (e.g. ad revenue). Since its launch in July 2014, his page has amassed over 1.1 million subscribers with more than 452 million views.

No he is not married. At one point however, he was in a relationship with a girl named Kimberly Rousseau- it’s unclear whether or not they’re still together at this time.

Does Bobby Shmurda Have Any Children?

No, Bobby Shmurda does not have any children that we know of.

Did Bobby Shmurda Go to College?

No, he did not go to college.

Is Bobby Shmurda His Real Name?

No, “Bobby Shmurda” is his stage name- his birth name is Ackquille Jean Pollard.

Prior to being arrested and sentenced to prison (see below), Bobby Shmurda’s abode was located in New York City. We do not have any pictures of his home to share at this time.

What Kind of Car Does Bobby Shmurda Drive?

In December 2014, the rapper was arrested alongside many others (including his brother Javese) for reckless endangerment, conspiracy to commit murder, drug dealing, attempted murder, drug and gun possession, among others charges. Following his arrest, Shmurda pleaded not guilty and was released on a bail of $2 million.

Two years later, he pleaded guilty as part of a plea deal which led to a sentence of seven years. Though he will be unable to appeal the sentence, he will be given credit for every two years served behind bars. For sneaking a prison shank into his cell, Shmurda received an additional four years in January 2017.

How Much Did Bobby Shmurda Earn Last Year?

We do not have any information on Bobby Shmurda’s 2016 earnings at this time.

Allegedly however, he is currently making upwards of 25 cents per hour behind bars, with an average wage of $7.75 per week.