Loretta Lynn Net Worth 2018 – How Much is the Country Star Worth Now? 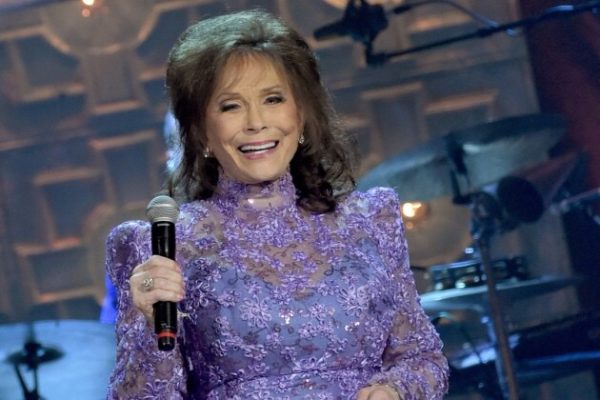 From Coal Miner’s Daughter to a queen of the Country Music, Loretta Lynn has spent over half a century as one of the biggest names in the music industry. As one could expect, this has made her a very rich woman, but how rich exactly? Here, we take a look at Loretta Lynn’s net worth alongside some commonly asked questions.

How Did Loretta Lynn Make Her Money & Wealth?

As some of her songs have suggested, Loretta Lynn was not born rich. In fact, being born into the eve of the Great Depression in Appalachia , she grew up under some of the most poverty stricken conditions America has had to offer. To deal with this, Loretta, her mother and 7 other siblings often relied on each other, and song, to make it through. At the age of 15 (previous reports of her being married at 13 are attributed to her birth date being in question), she became married to Oliver Lynn, who would spend the rest of his life with her. Within a month, the couple would move from Kentucky to the small town of Custer, Washington which to this day only has around 300 people.

After moving to Washington and giving birth to the first of her six children, Oliver would buy her a guitar, and often encourage her to use her talents at local bars and taverns, also goading her to form a band. With this encouragement to back her, Loretta Lynn began as most musicians do, from the bottom, and recruited her brother Jay as well as a few other people to form Loretta and the Trailblazers. By 1960, a year after her fathers death, she would have her first single by way of “I’m a Honky Tonk Girl”. After this single, Loretta, Oliver and the band went on a cross country promotional tour to radio stations, with the edge of a unique talent, and the fact that women in country music was a relatively rare thing. This tour would yield plenty of reward, as in under a year Loretta was invited to the Grand Ol’ Opry and Music City, the former ending up being a place where Loretta would often appear, always to the great pleasure of the crowd.

It was during these appearances that Loretta Lynn would meet several fellow future legends of country music, the first of which being Patsy Cline. Patsy would sort of adopt Lynn in a way as a sister, often advising her how to style herself and appear elegant, a trend she carries to this day. This would aid her as a performer as it served as part of a mighty contrast between her elegance and humor, and her candid, powerful lyrics. Due to these qualities, after a performance with the Wilburn Brothers, the pair would call her the “Female Hank Williams”. Sadly, Cline would die shortly after befriending Lynn due to a plane crash, but would be remembered through Loretta’s “I Remember Patsy” album in 1977.

Another big partnership for Loretta would be with Conway Twitty, which would end up being over a decade long and became wildly successful. While on her own she had a plethora of hits and even an Autobiography that made the New York Times Best Seller List, Conway and Loretta as they were known would be even more legendary than they were on their own, or even their contemporary counterparts Dolly Parton and Porter Wagoner. Unfortunately, like all things, this stretch of fame, while not wholly disappearing, did diminish by 1978, as she would record her last number one hit. By 1980, Loretta would be the first woman in Country music to have 50 top 10 hits. 5 years later, “Heart Don’t Do This to Me” would be her last top 20 hit. This would be followed by a gap of three years, then “Who Was That Stranger”, which would be the last of her solo works for decades.

During the 1990’s, Lynn would join the likes of Dolly Parton and Tammy Wynette to form the “Honky Tonk Angels” whose album would garner over 800,000 sales. During the same time, Loretta would win the Pioneer Award for country music, due to her work in making it possible for women to tell their stories through the genre, as she had done for decades. This would have been a sign of immediate resurgence, but sadly in 1995 she had to start cutting tour dates and delaying the release of her next album until 2000, due to the failing health of her husband and then his death in 1996. A year after Oliver’s death, she would rework her album a bit with help from Jack White from the White Stripes, who would give her a slight pop influence. “Country in my Genes” would be quite success, and feature a tribute to her husband called “I Can’t Hear the Music”. She often had stated that as a result of the experience of her marriage, she would find inspiration for her work, which was at times both encouraging and troubling. After this album, she released yet another book called “Still Woman Enough” which would land on the New York Times Best Seller list.

In more recent years, things seemed to have calmed down a bit for Lynn. She has continued touring pretty reliably, as well as released a cookbook titled “You’re Cookin’ It Country”. In 2016, she released “Full Circle” which was produced by John Carter Cash and could be seen as a stylistic best of, from her Appalachian origins to her own brand of Honky Tonk and now even more modern takes.

Unfortunately in May 2017, Loretta Lynn suffered a stroke, which she luckily survived. However, this does mean she will be taking it easy for the rest of the year. It is expected that in 2018, Loretta will begin touring again alongside releasing her new album, “Wouldn’t it be Great”. Humble, talented, and a unique call back to what many consider the good old days of country, we wish her a good recovery and many more years to come.

Is Loretta Lynn married? Lynn was married from 1948 until 1996 to Oliver “Doolittle” Lynn, who died a week before his 70th birthday due to heart failure. The couple had 6 children, with four still alive.

Loretta Lynn Salary & Annual Earnings in 2017 – This year is a little hard to estimate, as on May 4, Loretta suffered a stroke which while it did not kill her, did leave her out of commission for the rest of this year. It is rumored she will return to the touring scene for 2018, and it is estimated that earnings on royalties and music will be in excess of $1 Million this year, with additional money coming from tourism to her estate.

Loretta Lynn House – Loretta currently owns a ranch in Hurricane Mills, Tennessee which is massive by any definition, including a museum, recording studio, a restaurant and a hall which she normally performs in for Memorial Day, July 4th and Labor Day. She also owns a residence in Mexico, where she used to vacation with her husband and kids. 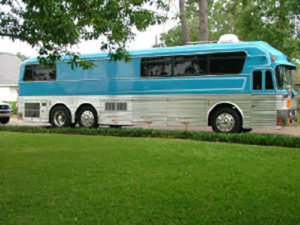 Loretta  Lynn Car – Loretta Lynn has a few vehicles she regularly uses, including an 1964 Lincoln Continental, and a Tour Bus which is in fact for sale. Surpisingly, she is also a huge supporter of dirt bike racing and aside from sponsoring a few racers also hosts a few races from time to time at her Hurricane Mills home.

Loretta Lynn Accomplishments:
Aside from her numerous awards for her country music career, which simply are too numerous to count here, she has also been awarded the Presidential Medal of Freedom by President Barack Obama, and has actively worked with and criticized both political parties in the past, making her a bit of an enigma, but one dedicated to her beliefs.