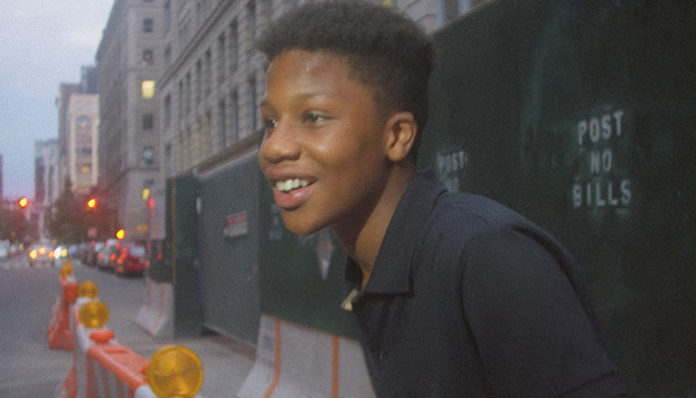 A rapper from Bronx, New York, Smooky Margielaa has proved himself to be anything but an average teen. Surrounded by music as a child, he began to rap at the age of thirteen. After some experimentation, he started to upload his work onto the Internet, where he gradually gained an audience. Still, it wasn’t until he was co-signed by A$AP Rocky that he first began to rise in fame.

Since then, the 15 year old had released a number of hit tracks including Bahamas, BYF, Stay “100”, Get the Bag, Brothers, and Margiela Man to name a few. On top of that, he’s also collaborated with J Rich, SquidNice, Marty Baller, and A$AP Twelve. Most recently this August, Smooky was featured in A$AP Mob’s latest effort, Cozy Tapes Vol 2: Too Cozy.

Despite his young age, it’s obvious that he has a knack for rap. If anything, he’s already on his ascend to rap stardom. Across his social media accounts, Smooky has already gotten himself tens of thousands of fans from across the world!

How much has he made from his rap career so far? According to sources, Smooky Margielaa currently has an estimated net worth of $50,000- not bad at all for someone who’s still in their teens! What are some of his greatest works so far? Let’s find out. 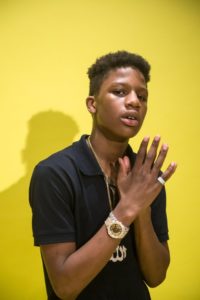 Born on June 24, 2002, Smooky Margielaa grew up in The Bronx, New York. The son of a Malian singer, the house was more often than not, filled with music- especially the works of Michael Jackson. With time, he eventually discovered the world of rap. By the time he was thirteen, he had started to create his own rhymes which he then uploaded onto the internet. With time, he gradually started to build an online presence.

Recalling his early career, Smooky stated that it all began after he downloaded Garage Band on his phone, with which he used to play drums. As one thing led to another, he eventually created his first beat which later transformed into a rap. From there, he started to incorporate videos into his work- his first upload was titled, We Be Getting Right to It.

Still, it wasn’t until he met A$AP Rocky that his career started to take off. As it happened, he had run into the rapper while performing a show in the Bronx. Taking the opportunity to introduce himself, he approached the Mob leader who eventually co-signed the aspiring artist.

So far this year, he’s already come out with a  handful of tracks. For instance, he released a single titled, Mozart on April 13, 2017. A considerable hit, it’s already been streamed over 200,000 times on Soundcloud alone. More recently, he also dropped the track, Stay “100” as a digital download on multiple streaming sites. Made available on August 27, 2017, its official music video has since been viewed over 560,000 times on Youtube.

Aside from those, he was also featured in A$AP Twelvvyy’s Brothers and in Marty Baller’s Like Mike, the latter of which also saw contributions from Aexyz, and A$AP Ferg.

Perhaps the most noteworthy mention of all however, is his work on A$AP Mob’s latest mixtape, Cozy Tapes, Vol. 2: Too Cozy. Responsible for a boost in his popularity, the project contained seventeen tracks, many of which saw Smooky as a guest artist. Some of the songs that he contributed to include, Bahamas, Get the Bag, Black Card, and Byf. Well received upon its release, it eventually peaked at number 6 on the Billboard 200.

As far as concerts go, the rapper recently put on a show at The Studio at Webster Hall in New York on February 4, 2017. The way it is, it’s likely that he made a decent amount from putting on said performance.

Given that he’s only fifteen, Smooky still has plenty of time for growth in his career. If anything, he’s just getting started. Assuming that he continues to create new music (the way that he is doing now), his popularity is likely to increase with time. With that, it’s only natural that his overall presence in the rap scene would have grown as well. We will probably see much more from the rapper over the next few years.

No, he is not married- which isn’t surprising considering the fact that he’s still a teen! At this time, we believe Smooky Margielaa to be single.

No, in fact he hasn’t even finished high school! As far as whether or not he plans on attending college after graduation, that’s still up in the air (it wouldn’t surprise if he were to opt for a music career though).

Smooky Margielaa currently resides in South Bronx. Unfortunately, we do not have any other information on his location at this time. Photos of his home are currently unavailable.

We do not have any details regarding Smooky Margielaa’s vehicle at this time.

No, it is his stage name. Regarding its meaning, he explained in a recent interview that it came from one of his cousins whose name is Smoke. From there, he eventually combined it with one of his songs titled, Margielas.

To stay up to date with the Bronx rapper, be sure to follow him on social media- you can find him on Instagram, Twitter, and Soundcloud.