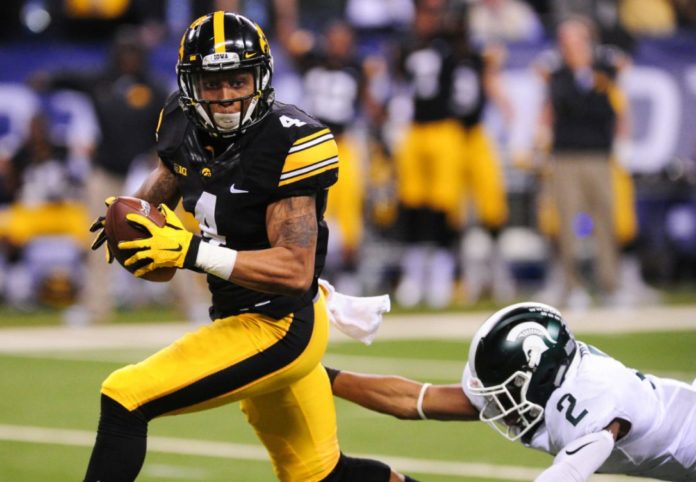 They’ve been playing football in Canada since the 1800s, if you can believe that, so while Canadians are better known for being good at hockey and lacrosse than anything else, there have been a fair number of great Canadian football players over the years. Perhaps surprisingly, fewer than thirty Canadians have ever been drafted into the NFL.  However, there have been quite a few Canadians who have managed to make a splash in the NFL over the years. Let’s take a look at the top ten.

The Top 10 Canadian NFL Football Players of All Time 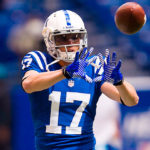 Austin Collie retired from professional football last year, but he had a promising NFL career that was cut short by various injuries, including concussions. He was born in Hamilton, Ontario, and his dad was a football player in the CFL and briefly in the NFL. Some experts have speculated that, if Austin Collie’s career hadn’t been marred by concussions, he could have been a top wide receiver in the NFL for years. He was drafted in the fourth round of the 2009 draft by the Indianapolis Colts after playing college football for Brigham Young University, and he was heavily scouted by other top colleges in the States. He was most effective for the Colts in the 2009-10 season, registering 15 touchdowns in only 25 games. After his time with the Colts, he bounced around to a couple different teams before ending up on the BC Lions of the CFL for one year before calling it quits. 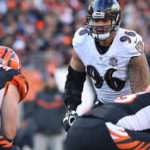 Unlike Austin Collie, Brent Urban is still active in the NFL, serving as a defensive end for the Baltimore Ravens. He’s a huge man, at 6’7 and just under three hundred points. Urban was born in Mississauga, Ontario in 1991, which puts him at twenty-six years of age at the time of writing. He was picked by the Ravens with the 134th overall pick, in the fourth round of the 2014. He’s still largely unproven in the league, but his sheer size means he has quite a bit of unrefined talent, and he has been favourably compared to guys like J. J. Watt. Coming out of high school, Urban was considered to be a two star recruit, and was picked up by the University of Virginia. In addition to being drafted by the Baltimore Ravens, he was drafted by the Hamilton Tiger-Cats fifteenth overall in the 2013 CFL draft, so they’ll hold his rights if he ends up finishing his career in the CFL. Unfortunately, in September of this year, he suffered a foot injury that required surgery. 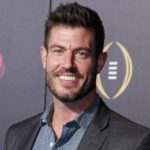 Jesse Palmer may be more famous than most of the guys on this list because, outside of his playing career, he has also appeared as a sports commentator and as a reality show participant, which, I guess, is a testament to his work ethic. He was born in Toronto, Ontario in 1978, which puts him just shy of forty years old. His dad was a CFL player and his mom was a high-profile model, so it makes sense that he is a kind of combination of the two professions. He played for the Florida Gators in college, and was drafted in the fourth round of the 2001 draft, being selected by the New York Giants. He was a backup quarterback for the Giants for four seasons, not getting a whole lot of playing times. In 2003, he was sacked by Bruce Smith, allowing Smith to become the all-time leader in sacks, which isn’t exactly an accomplishment for Palmer. After being dropped by the Giants, he tried to sign with various other NFL and CFL teams but was unable to work anything out, so he began pursuing a broadcasting career instead. He was only the second ever Canadian to start at quarterback in the NFL. In 2004, he appeared on The Bachelor. Over the years, he has appeared on a very long list of other shows, mainly as a sports commentator. 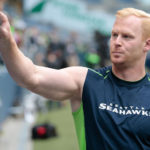 Jon Ryan is a proud member of the two first names club, is an active punter for the Seattle Seahawks. He is notable for his very red hair. He is the first person on this list to not have been born in Ontario, as he was born in Regina, Saskatchewan. He played his college football in Canada, for the University of Regina, and he had a storied career there, racking up many accolades. He  began his professional career in the CFL, for the Winnipeg Blue Bombers. In 2006, however, he was picked up by the Green Bay Packers, and then he moved to the Seahawks in 2008, where he remains.  He’s thirty-five years old, and his sister is married to the leader of the Conservative Party of Canada, so it’s not out of the question that he’ll have some kind of a political career in Canada once his football days are done. He is famous for a touchdown pass that came from a fake field goal in a win over Green Bay, his former team. 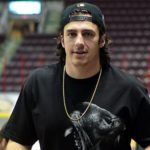 Back to back Seahawks players, how about that? Luke Wilson grew up in LaSalle, Ontario and has been playing at tight end for the Seattle Seahawks since the 2013 season. After high school, he played for Rice University in Houston from 2009 to 2012, and received a number of awards and accolades during his junior year. Like a lot of the players on this list, he was drafted both into the CFL and the NFL. In his case, he was drafted in the fifth round of each. In his first season for the Seahawks, he played in every game, and the season was capped of with the Seahawks winning the Super Bowl that year. In that Super Bowl game, he caught two passes for seventeen yards. He has been a consistent performer for the Seahawks since then, and signed a new contract with the team this year. Apparently Luke Wilson is a religious man, and he says that he attributes much of his success to his Catholic faith. He is still only twenty-seven years old, so he will likely continue to thrive in the NFL. 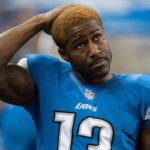 Nate Burleson is another one of the retired players on this list, and he’s also one of the most accomplished. He was born in Calgary, Alberta back in 1981, which puts him at thirty-six years of age. He comes from an impressive family of athletes. His dad was a CFL player when he was born, and some of his brothers did well in athletics as well, with his older brother Kevin playing point guard in the NBA. Nate played his college football for the University of Nevada, where he set records, leading to him being drafted in the third round of the draft in 2003 by the Minnesota Vikings. He didn’t have a very good rookie season, but the next year, when star wide receiver Randy Moss had to sit out with an injury, Burleson stepped in and had a great season. He would go on to also play for the Seattle Seahawks and the Detroit Lions, and was beloved by fans in both cities. In a strange incident in 2013, he crashed his car and was injured while trying to save a pizza from falling while he was driving. Because of this, he was later sponsored by a pizza company. The next year, he signed a deal with the Cleveland Browns but was cut. After retiring from football, he has pursued both broadcasting and a career as a rapper. 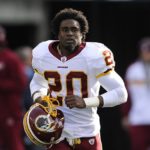 His full name is Oshiomogho Isaac “O.J.” Atogwe, so it’s fairly easy to see why he decided to shorten it to O.J. and give everyone a break on pronunciation, even if “O.J.” doesn’t have the greatest associations as an abbreviation. Atogwe was born in Windsor, Ontario and was drafted by the St. Louis Rams back in 2005. In high school, he was a multi-sport athlete and had to decide which sports to focus on, and he ended up going to Stanford and playing football and running track. He had a fairly solid rookie season with the Rams, appearing in eleven games, and he continued to improve over the years. There was a time in the mid 2000s in which he was known as one of the most fearsome and hard-hitting players at free safety. He would also play for the Washington Redskins, but was released in 2012. These days, if you live in Canada, you can see him on TV, because he’s working as a professional football analyst for TSN. 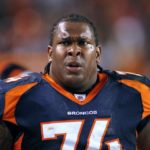 Orlando Franklin is a really large man. He was born in Kingston, Jamaica, and grew up in Toronto, Ontario. He was a high draft pick back in 2011, drafted in the second round with the forty-sixth overall pick, making him the highest drafted player on this list so far. He played for the University of Miami for four years, starting at both guard and offensive tackle. As a rookie, he started every game for the Denver Broncos. However, his career has fallen off lately, and he’s currently a free agent. 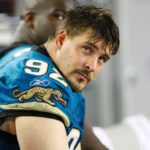 Like Orlando Franklin, Rob Meier is an absolute giant of a man, at 6’5 and over three hundred pounds. He is the first person on this list to be from either of the coasts of Canada, as he’s from Vancouver, British Columbia. He was never any kind of a superstar in the NFL, but he was a solid player and stayed healthy, and between 2000 and 2009, he barely missed any games in the NFL. Reliability was a kind of theme of his career, as in college he never missed a game for Washington State University. He was drafted by the Jacksonville Jaguars in the seventh round of the 2000 NFL draft, and he was also picked first overall in the CFL draft the previous year, which gives you an indication of the disparity of talent between the two leagues. The defensive tackle has since retired from professional football after being released by the Jaguars in 2010. 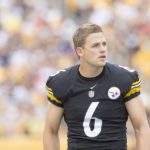 It’s kind of a sad state of affairs when probably the most accomplished Canadian NFLer is a placekicker, but there you go. Suisham is from Wallaceburg, Ontario and he was picked up by the Pittsburgh Steelers as an undrafted free agent over a decade ago. Since then, he’s bounced around the league, playing for more teams than you can count on one hand. He was definitely a great kicker for the Steelers, succeeding in over ninety percent of his kicks for the team, including a fifty-three yard bomb back in 2014. Currently, the thirty-five year old is an unsigned free angent.