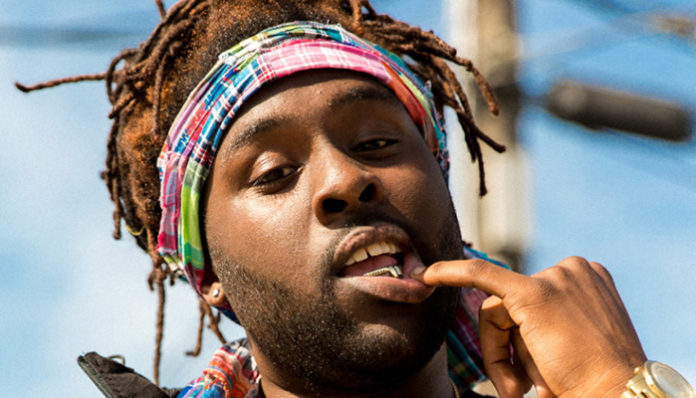 Hailing from Berkley, California, Rexx Life Raj has been involved with the rap scene since the mid 2010’s- though his official debut didn’t come out until 2016. Following the release of two mixtapes between 2014 and 2015, he dropped his debut project, Father Figure in June 2016. Solidly put together, it gave rise to several hits including, Double Back, Shit n’ Floss, and Waiting For You.

Since then, the twenty something has released numerous other tracks such as, Take it All In, Waiting For You, Handheld GPS, Moxie Java, and Running Man. Just this February, he teamed up with Russ on the single, Waiting For You. A decent hit, it has already been played over 100,000 times on Youtube! As far as upcoming projects go, Raj is currently in the midst of preparing for his next album, Father Figure 2: Flourish. According to reports, it will be released sometime in November 2017.

With all that said, how successful has his career been? Does he have himself a decent fanbase? Looking at his Soundcloud account, he currently has over 18K followers tuning into his music- which isn’t bad at all. Like most artists, he’s also established himself on other social media platforms such as Instagram, and Twitter.  As far as his net worth goes, it’s estimated to be around $100,000 mark as of 2017.

How did Rexx Life Raj Make His Money & Wealth? 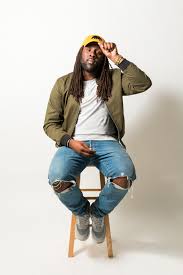 Born and raised in Berkley, California, Rexx Life Raj (Real Name: Faraji Wright) developed a love for music early on through church. Encouraged by his mother, who taught him to have a strong work ethic, he took up rapping at the age of six. While he enjoyed the hobby in his free time, academics came first. A standout student, he excelled in school. Not only that, but he also had a knack for football- a sport that he enjoys to this day.

Following his high school graduation, his athletic talents landed him a football scholarship at Boise State University, where he majored in communications. Made a member of the college’s Division 1 team, he played the offensive line for the duration of his college career from 2008 to 2012. Though he ultimately did not turn pro in the end, he managed to successfully graduate with a bachelor’s degree  in communications.

Surprising everyone, Raj soon decided to pursue a full-time music career. Two years out of college, he released two extended plays, Hidden Clouds, and Portraits– the latter of which was a collaboration with music producer, Tele Fresco. As well, he posted a number of songs to Soundcloud, where he gradually gained a following. Some of his earliest uploads include, Mexican Mafia (Feat. Dave Steezy), Seen it All (RexxStyle), Andre 3k, Talk to Me (Feat. SydneyNycole), and Grindin Freestyle.

In April 2015, Raj issued an album titled, The Escape (Deluxe Edition). 13 tracks long, its production was handled by Trent Ancira, Kyle Betty, Young Ass Raj, Will Fraker, Ben Manlove, as well as the rapper himself. Released for streaming on Soundcloud, the project boated the tracks, Ventilation, The Proof, The Escape, 2 a.m., Pretty High, The Open, and Thoughts. Going by stream count, the most popular song is Baddest One (Feat. IamSu!) with over 110K listens.

Then a few months later, he released an album titled, Dreamland: Telegraph Ave in December 2015. Produced primarily by Mioux, eight tracks were included, D.T.O., Vibe With Me, The Release, H.O.A.D., Syrup & Pancakes, Southside, and Mistletoe– a few of which included guest appearances from Ymtk, Ellen Purtell, and Lolo Zouai. Since the playlist was first uploaded to Soundcloud in 2016, it has been streamed over 200K times.

Heading back to the studio, he poured many hours into his official debut, Father Figure which was later released on June 27, 2016. A project about growth- according to the rapper himself, it boasted thirteen tracks in total, including guest appearances from ymtk, Christian Crow, and New The Pharaoh. Some notable highlights include, Double Back, Moxie Java, Helium, The Plug, Shit n Floss, 47th Street, and Handheld GPS, the last of which has been played over a million times on Soundcloud.

This February, he teamed up with New Jersey rapper Russ on the single, Waiting For You. Written by the two, the song’s production was handled by Kyle Betty and Ian McKee. Their first collaboration, the groovy track revolved mainly around the theme of love. A showcase of their melodic style, it has already been played over 652K times on Soundcloud. On Youtube, the official audio has also racked up more than 114K hits.

Speaking of collaborations, the rapper has also worked with  G-Eazy, Mozzy, Felly, Murs, P-Lo, Samaria, Cal-A, Marty Games, and Will Fracker. In fact, his most popular song to date, Take it All In, is a joint venture with Russ. Since its release in February 2017, it has been played over 121,000 times on Youtube and over 6.7 million times on Soundcloud.

As far as upcoming releases, he will be dropping a new album titled, Father Figure 2: Flourish on November 13, 2017. According to the track list, it will feature guest appearances from Russ, ImanEurope, and G-Eazy.

Obviously, he would have yielded some earnings from the above releases. On top of that however, his income is also supplemented by what he makes from putting on concerts and shows- as it’s usually the case with recording artists. For instance last year, Raj performed half a dozen performances across the West Coast, from Oakland, California, to Seattle, Washington.

In support of his latest album, he has also been on the road these past few months- the first show having taken place on January 27, 2017 in Santa Cruz, California. As of October 2017, he has hit up 16 venues across California and Canada; the last concert was held on August 17 at the Rickshaw Stop in San Francisco, California. Unfortunately, it does not look like he has any upcoming shows at this time.

On Youtube, it’s likely he’s also been monetizing his videos. Since Raj first launched his channel in November 2013, he has accrued over 3.4K subscribers with close to 900,000 views across his uploads. To date, his most popular video, Rexx Life Raj Ft. Def The Pharaoh “Moxie Java” has been viewed more than 199K times. Some of his other top hits include, The Joog [Prod. by Kyle Betty], Yellow Brick Road (Official Video), Handheld GPS [Prod. by Julia Lewis] and  Location Rexxstyle.

From 2013 until now, how much has the rapper yielded from his channel? Assuming that he’s opted to join the site’s partnership program, for which he displays ads on his content, he’d earn a few dollars for every 1,000 views that he receives. As far as the payout goes, it typically range from $2 to $5 per 1,000 views, though only 40% of one’s total views are usually monetized by Youtube. If that’s true, he would have yielded anywhere from $700 to $1700 so far.

According to Socialblade, the rapper’s Youtube channel has been growing steadily since the end of 2016- no doubt, thanks to the popularity of his recent releases. Looking at it now, he receives upwards of 1.5K views (sometimes more) on a daily basis. Seeing as how his following will continue to grow with time, it only makes sense for his ad revenue to also go up in the near future.

For those who may be interested in purchasing some official merchandise, Raj has set up an online store at rexxliferaj.com/merch. Though they’re currently sold out, we have no doubt that they’ll be restocking soon. If their previous selection is of any indication, they will be selling items such as caps, and t-shirts.

What can we expect to see from the rising emcee over the next few years? Should be continue to do what he’s doing, we’ll probably be seeing a lot more albums and EPS from him over the next little while. For all we know, he may even decide to get involved with television! For one thing, it wouldn’t be the first time that a rapper has gone down that route!

No, as far as we know, the Berkley based rapper is not married. Of course, there’s just speculation on our part- he hasn’t officially made any statements regarding his relationship status.

Does Rexx Life Raj Have Any Children?

From what we can tell, Rexx Life Raj does not have any children.

Yes, he went to college. Taught to embrace work ethics and the academics by his mother, he continued his education at BSU after graduating from high school. A skilled football player, he had been offered a full football scholarship to the institute, which he used to ultimately obtain his bachelor’s degree in Communications.

What is the Meaning Behind Rexx Life Raj’s Stage Name?

According to a recent interview, his stage name was originally given to him by a friend during his high school days. Having said that, it wasn’t until he was in college that he started to call himself “Rexx Life.”

His real name is Faraji Wright.

The rapper currently resides in his hometown in Berkley, California- as stated on his Twitter account. Unfortunately, that’s about all the information that we have on his location at this time.

What Kind of Car Does Rexx Life Raj Drive?

We do not have any information on Rexx Life Raj’s vehicle at this time.

Despite being relatively new to the rap scene, Rexx Life Raj has already accumulated over 18,000 followers on Soundcloud- as mentioned earlier. In addition to that, he also has close to 10,000 followers on Twitter and 20,000 fans on Instagram.

As of 2017, he has released a handful of EPs and albums including, Hidden Clouds, Dreamland: Telegraph Ave, Father Figure, and The Escape.

How Much Did Rexx Life Make Last Year?

We do not have any information on his 2016 earnings at this time.

So far this year, he has come out with the single, Waiting For You (Feat. Russ). In a few weeks, he’ll also be presenting fans with his new album, Father Figure 2: Flourish, which is scheduled to be released on November 13, 2017.

Want to stay up to date with his latest news? Why not follow him on social media? You can find him on Twitter at @RexxLifeRaj.