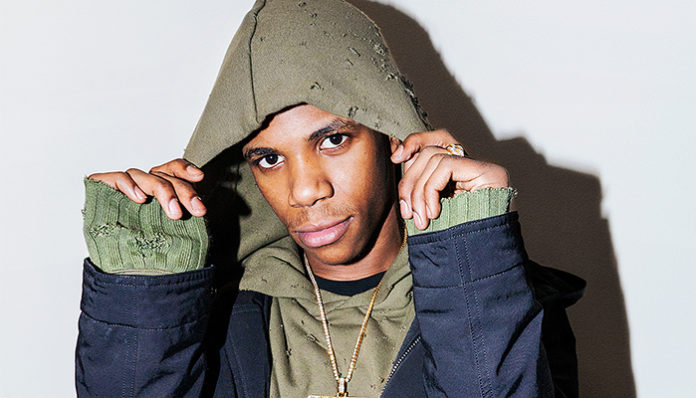 A hip-hop artist from New York City, A Boogie wit da Hoodie is perhaps best known for his single, Drowning (Feat. Kodak Black). Since the launch of his music career in 2016, he has churned out several titles, a handful of which have garnered RIAA certification in the US. To learn more about the rapper, read on below.

He is most well known for his hit, Drowning, which peaked within the top 50 on the billboard 200. Some of his other popular tracks include My Shit, Jungle, and Timeless.

A Boogie wit da Hoodie grew up in the Highbridge area in the Bronx, New York, where he also went to school.

At this time, A Boogie wit da Hoodie’s body measurements are unavailable

Is A Boogie wit da Hoodie in a Relationship?

Up until last year, the rapper had been together with a girl by the name of Ella Bands- they eventually split up earlier in 2017.

As far as we know, A Boogie wit da Hoodie does not have any sisters.

The rapper has a brother, with whom he had moved back to New York.

Earlier this year, he became a father with the birth of his daughter, Melody Valentine (the mother being his ex-girlfriend).

As a student, the rapper went to DeWitt Clinton High School.

No, he has not gone to college. After completing high school, he worked several jobs including pizza delivery and construction while working on his music on the side.

At this time, we do not have any information on A Boogie wit da Hoodie’s net worth.

He likes working on new music even in his downtime

His favorite rappers include 50 Cent and Kanye West- ultimately it was after he had listened to their music that he decided to get into rapping.

Born on December 6, he is a Sagittarius

Hailing from The Bronx, New York City, A Boogie wit da Hoodie started to rap at the age of twelve, inspired by the music of 50 Cent and Kanye West. His first song, Temporary came out in 2015, not long after he graduated high school. Later deciding to pursue hip-hop full time, he moved to New York, where he settled in and set up a home studio. His first mixtape titled, Artist eventually came out through Atlantic Records in early 2016. Responsible for his first wave of fame, the tape gave rise to two hit singles, My Shit, and Jungle, the first of which has since gone platinum.

From there, the rapper dropped a second mixtape dubbed, Highbridge the Label: The Takeover Vol. 1, which was a collaboration with Don Q. His next solo project, an extended play titled, TBA came out in October 2016. What has A Boogie wit da Hoodie been up to since? For one thing, he recently released his debut album, The Bigger Artist on September 29, 2017. Featuring guest appearances from Kodak Black, 21 Savage, Trey Songs, Chris Brown, among others, it soared to number four on the Billboard Top 200. The most notable track from the record is that of Drowning, which has since been certified platinum in the US. In addition to all that, he also contributed to the song, Horses, for the film, The Fate of the Furious.