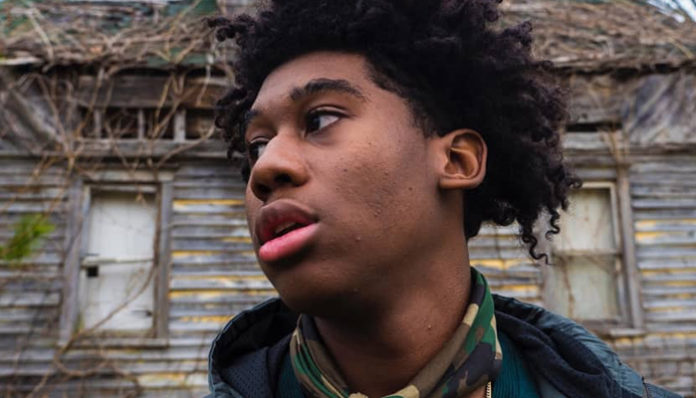 Based in Delaware, Lil West has been rapping ever since his early teens. At just nineteen years old, the teen has already churned out a number of tracks, all of which have garnered him a decent underground following. In mid-2015, the rapper dropped his first mixtape, Indigo, which was a collaboration with record producer, Nodachi. From there, he followed up with a second project titled, That’s Too Much in December. Some highlights from the two tapes include Red Lights Jumpin, I Can’t Come Back Sorry, Somethin Was Missin, and Black Water.

Recently this fall, Lil West issued his long-awaited debut album, LW17, for which he enlisted the help of many producers. A milestone for the rising artist, it garnered him a considerable amount of attention in the hip-hop scene. Aside from his solo works, the teen has also collaborated with many names such as Indica, JUDGE, Lewis Grant, Mathaius Young, and Voka, among others. Some of said songs include, Still The Same, Gotta Go, Raw, City, and How Could I Know?. As of 2017, he already has a presence on Soundcloud- more specifically, he has over 11,000 fans tuning into his work on the site.

Is his rap career as successful as he’d hoped? How much has the nineteen-year-old made from his various music endeavors so far? To put it bluntly- how wealthy is he? Unfortunately, for all of us who are curious, his net worth is currently still under review; we don’t know quite yet how much he’s made from his records. With that said, let’s take a look to see how his career has played out over the past two years- because, why not?

How did Lil West Make His Money & Wealth?

Hailing from Delaware, Lil West first took up rapping at the age of fourteen. Like many teens, he spent most of his free time listening to hip-hop music; in particular, he was fond of the work by King Curren$y. With time, he began to experiment with rap himself. While still in high school, he released his first project, a mixtape titled, Indigo– which was made possible with help from Florida-based music producer, Nodachi. A mix of dark, trap vibes and auto-tuned singing, it gave rise to a handful of tracks including, Pressure, Lil Mo Pressure, iLuvYou2, and Strap God.

By the end of the year, Lil West had dropped another mixtape titled, That’s Too Much. Created with the help of Yung Milkcrate, a producer based out of Nevada, the EP contained seven tracks, including Something Was Missing, I Can’t Come Back Sorry, Soon To Be, and #1Baller. Within two years, the project has managed to rack up over 23,000 streams online.

Riding on his momentum, the Delaware rapper came out with his next mixtape, Indigo 2 in the summer of 2016. A sequel to his 6-track EP, Indigo, Lil West’s raw vocal energy flawlessly shines through the different titles. Among the playlist are TwoBAdHoes, GrownBwoy, YouTasteGood, Flo Boy, and Fukk!CodeRED, all of which are produced by Elijah Wiley. On Soundcloud, the project has already racked up hundreds of thousands of streams; the most popular being that of Fukk!!CodeRED (Feat. Night Lovell), with over 448,000 plays.

Two years after his debut, he released his first major album, LW17 on September 1, 2017. Featuring Kevin Bedford, Kodie Shane, osno1, and Lil Aaron as guest artists, it boasted eleven tracks including I Win This Time, Where Everybody Go? Compared & Hated, Bit My Tongue Now My Mouth Bleeding, and R & R. Made available for streaming on Soundcloud, the playlist has garnered over 500,000 streams in the two months that it has been up online.

In addition to what he’s put out as a solo artist, Lil West has also collaborated with other acts on many occasions. For instance, he has teamed up with Ceej, Syringe, DANON, Mathaius Young, Indica, and Dojia V, to name a few. Some of these joint ventures include Raw, Leslie, Been Around, and Trust Me.

At the time of this posting, it doesn’t look like the rapper has put on any concerts or tours yet. As his popularity climbs with time, however, it’s likely that he’ll put on a few public performances over the year, for some extra income. For now, we’ll just have to wait as his career gradually takes off.

Unfortunately, not much information has been disclosed about his relationship status, if any, to the public. Having said that, the rapper doesn’t seem to have made any mentions of there being a partner on social media. Until proven otherwise, it’s assumed that Lil West is single.

Does Lil West Have Any Children?

No, as far as we know, Lil West does not have any children. Still, this is only speculation and has not been confirmed.

Did Lil West Go to College?

Judging from the direction that he’s taken his career in, it’s likely that Lil West has not been occupying himself with college. Our best guess at this time is that he chose to pursue a music career full time following his high school graduation.

What is Lil West Famous For?

The Delaware rapper is perhaps best known for his debut album, LW17, which only recently hit stores in September 2017. Of course, he has also garnered some degree of attention from his previous mixtapes and EPs.

Where Does Lil West Live? Pictures of Lil West’s House

At this time, it’s assumed that Lil West resides in his hometown in Delaware; nothing else has been revealed about his location.

Unfortunately, we do not have any pictures of the rapper’s house to share with readers.

What Kind of Car Does Lil West Drive?

At this time, we do not have any information on Lil West’s vehicle.

How Much Money Did Lil West Make Last Year?

We do not have any information on Lil West’s 2016 earnings at this time.

As mentioned previously, Lil West recently dropped his debut album, LW17 in September 2017. Since then, he has also released a new single titled, Heart4orever, which has been made available for purchase on iTunes. Some of his other releases from this year include Don’t Even Know, Susan, Been Around, and Give me a Call, all of which see him as a featured artist. If you want to stay up to date with his latest music, it may be a good idea to follow him on Soundcloud.

Want to also follow Lil West on social media? Fortunately for us fans, he’s active on multiple platforms- for instance, you can find him at @lilwestbb on Twitter and Instagram.