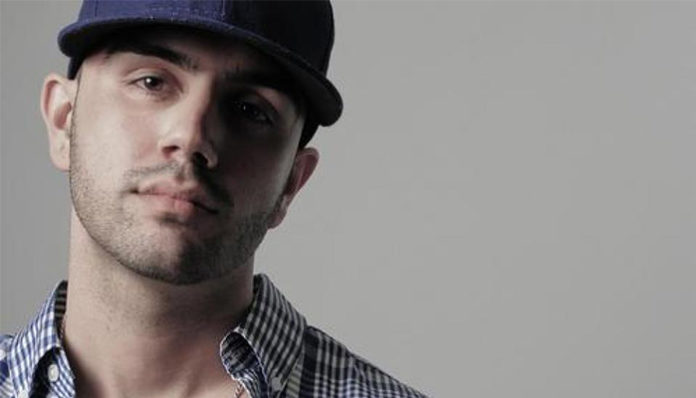 A rapper from the Bay Area, Omar Kadir has been increasing in popularity. Striving to establish himself in the hip-hop scene, he has put together several tracks including, Catch Up, Got That From You, Roll For Me, The Last Thing I Do, and Birds. While he hasn’t released a studio album yet, his presence in music has undoubtedly been rising. Despite his newcomer status, the twenty-something has already amassed over ten thousand subscribers on Youtube, and more than eight thousand followers on Soundcloud.

Throughout his music career, Omar Kadir has collaborated with a number of artists including DJ Asap, Rome Castille, Mills, Roblo, Pierre, and Maki. As a self-taught dancer, he has also performed on stage with the likes of Andre Nickatina, Souls of Mischief, and KRS-One. He also participated in the second season of Fox’s dance competition series, So You Think You Can Dance. With the passion and talent that he possesses, it’d be hard to believe that he won’t be able to carve an identity for himself in the rap scene in the near future. Already, his audience is growing at an alarming rate!

With all that said, however, how successful has his rap career been so far? How lucrative have his projects been? How wealthy is he? Unfortunately, we will not be able to provide an answer to these questions as his current net worth is still under review. Nevertheless, let’s take a look at his accomplishments so far in the music industry.

How did Omar Kadir Make His Money & Wealth?

Hailing from the Bay Area, California, Omar Kadir has been a performer for over a decade. Prior to his venture into rap, he was a dancer who specialized in locking and popping. During that period, he opened and performed with many names including Andre Nickatina, KRS-One, and Souls of mischief at the Kodak Theatre in Los Angeles. A member of a group called Flex Flav, he had also toured the country in the underground B-Boy scene. At one point, he also landed himself a spot on season two of Fox’s popular reality competition, So You Think You Can Dance.

Since then, the twenty-something has chosen to pursue a music career. Working alongside his music producer/business partner, megaMIKE, he has steadily been making a name for himself in the industry. In 2014, he released one of his earliest singles, Roll For Me, which has since been made available on the iTunes store. Accompanied by visuals, the MV has been viewed over 439,000 times on Youtube to date. On Soundcloud, the track has also racked up a similar amount of streams.

From there, the rapper eventually dropped I’m Not Him in the spring of 2015. Produced by megaMIKE and Vin Bogart, the song was released through the Third Nature Music Group on April 10, 2015. Though not as popular as his earlier effort, it has still managed to garner over 50,000 plays on Youtube and Soundcloud combined. Not long afterward, he followed up with another single titled, Birds.

Since then, Kadir has put together several additional singles including, Elevate, Amber Rose, Roll For Me (Acoustic Version), and They Don’t Care. Most recently this summer, he released the track, Last Thing I Do, which has already received over 670,000 views on Youtube. On Soundcloud, the single proved to be even more popular with close to a million streams.

Aside from his solo releases, he has also been featured in the works of Pierre, DJ Asap, Mills, Roblo, and Maki, among others. Some of the tracks include, Same Ol’ G, Do What It Do, Let Them Know, Heaven, and Dead Head Dollaz.

With all the time and effort that has gone into the above releases, it’s only natural that they’ve provided the rapper with some revenue. As it is with most artists, however, it’s difficult to live on record sales alone; typically, they have other sources of income to tie them through. For instance- public concerts. In the case of Kadir, he has put on a few shows here and there over the past years; just last year, he had performed at The Roc in San Francisco, California.

As much as we’d like to know, Omar Kadir’s relationship status has not been disclosed to the public. For now, it’s probably safe to assume that he is single.

Does Omar Kadir Have Any Children?

No, Omar Kadir does not have any children that we know of.

Did Omar Kadir Go to College?

Unfortunately, we do not have much information on Omar Kadir’s education history.

What is Omar Kadir Famous For?

Omar Kadir is perhaps best known for his singles, Catch Up, and Got That From You, the latter of which has already been listed to over 676,000 times on Youtube.

Some of his other popular songs include, Roll For Me, Climb That, and Battle.

Where Does Omar Kadir Live? Pictures of Omar Kadir’s House

According to his Twitter location, Omar Kadir currently resides in the Bay Area, California. Unfortunately, we do not know much else about his location at this time.

We do not have any pictures of Omar Kadir’s home to share with readers at this time.

What Kind of Car Does Omar Kadir Drive?

At this time, we do not have any information on Omar Kadir’s vehicle.

How Much Money Did Omar Kadir Make Last Year?

We do not have any information on Omar Kadir’s 2017 earnings at this time.

As mentioned earlier, Omar Kadir recently released his hit single, Last Thing I Do on August 11, 2017. A few months prior, he had also come out with the track, Catch Up on May 19, 2017. To stay up to date with his latest works, be sure to follow him on Soundcloud and Youtube.