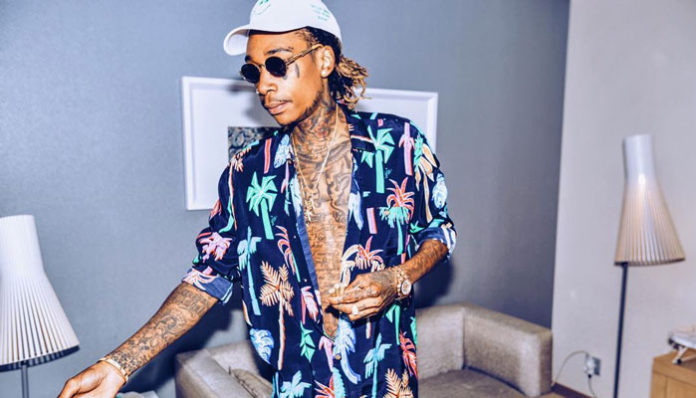 An award-winning rapper, Wiz Khalifa has been involved with the music scene ever since the mid-2000’s. Raised in Pittsburgh, Pennsylvania, he drew inspiration from The Notorious B.I.G., Jimi Hendrix, and Camp Lo as a music-making teen. In 2006, he released his debut album, Show and Prove via Rostrum Records. A few years afterward, he followed up with a second record titled, Deal or No Deal. Still, it wasn’t until 2011 that he rose to fame with the release of his album, Rolling Papers. His first multi-platinum hit, it gave rise to one of his most popular singles to date, Black and Yellow.

A year later, he dropped his second album, O.N.I.F.C. Inspired by the work of Mobb Deep, it came preceded by two singles, Remember You, and Work Hard Play Hard. Featuring guest appearances from Juicy J, 2 Chains, Pharrell, The Weekend, and Lola Monroe, among others, the record included the tracks, It’s Nothin, Up in It, Rise Above, Fall Asleep, No Limit, and Initiation. A chart topper in the United States, the album has since gone platinum with over one million domestic sales. In support of the release, the rapper went on a 2050 Tour alongside Lola Monroe, Juicy J, and Chevy Woods.

Since then, Wiz Khalifa has dropped a fifth album, Blacc Hollywood. Released in the summer of 2014, it soared to the top of the Billboard 200, with a little over 90,000 copies sold in the US. Supported by two singles, the rapper enlisted several individuals for the project’s production including Arthur McArthur, DJ Mustard, Sonny Digital and Juicy J, among others. A solid release, it boasted several new songs including, House in the Hills, We Dem Boyz, Promises, Stayin Out All Night, The Sleaze, and Hope. As of 2017, the album has gone gold in the United States.

What has the rapper been up to recently? In terms of music releases, he has come out with two songs- Gang Up, a track taken from the soundtrack of The Fate of the Furious and Something New, a collaboration with Ty Dolla Sign. Of course, he has also been working on his forthcoming album, Rolling Papers 2. Aside from that, however, he has been busy putting on shows for his 2017 tour- as of October 2017, he’s already performed in over 40 cities from Austria to Japan! Most recently, he got behind the microphone at the Mall Luna Musical Festival in San Antonio, Texas on October 28, 2017. Looking at his schedule now, he still has one performance left later this year in Goa, India.

Wiz Khalifa rose to fame in 2010 with the release of his smash hit, Black and Yellow, which has since gone platinum six times in the United States.

He is currently 30 years old

Wiz Khalifa was born in Minot, North Dakota. A military brat, he spent his childhood in a number of countries including Japan, Germany, and the United Kingdom. He and his family eventually settled down in Pittsburgh, Pennsylvania during his early teens.

Is Wiz Khalifa in a Relationship?

Wiz Khalifa is currently in a relationship with Brazilian model, Izabela Guedes. Since they got together earlier this year, they’ve been spotted together multiple times in public.

Previously, the rapper was married to Amber Rose from 2013 to 2016. Prior to that, he had also been romantically involved with Natalie Nunn, India Marie, and Deelishis.

He had a transgender sister named Doreen “Lala” Thomas, who tragically who passed away earlier this year at the age of 32

After settling down in the city of Pittsburgh as a teen, he attended Taylor Allderdice High School.

Did Wiz Khalifa Go to College

No, Wiz Khalifa has not gone to college. Ever since he finished high school, he has been pouring all his time into his music career.

At this time, we do not have any details on Wiz Khalifa’s salary.

He enjoys spending time with his young son

Booty from a Distance by Ugly God

Born on September 8th, he is a Virgo