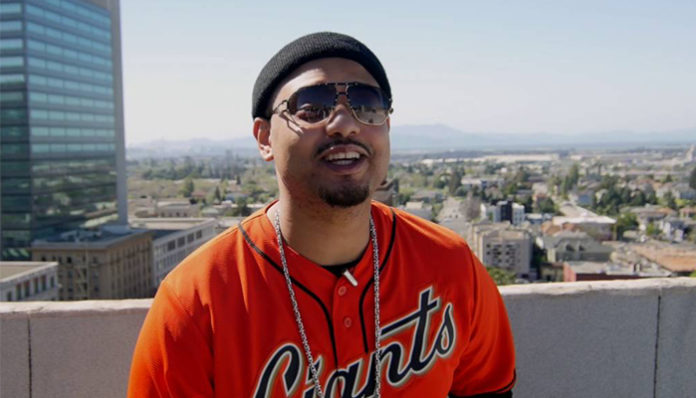 Based in the Bay Area, Lil Yee has slowly but surely been making himself known in the hip-hop scene. Known for his unique use of auto-tune, he is currently affiliated with Bang Gang and the Mozzy Crew in Southern California. Just last year, he dropped a number of singles including, Bonafide Hustla, Field Trip, and We Living Hopeless, the last of which was a collaboration with Zaytoven. For those who are interested, he shares many of his works on Soundcloud, where he’s steadily been gaining a following.

Leading up to the release of his debut mixtape, Lil Yee came out with a couple of new tracks earlier this year including, Never Trust, and The Illest. From there, he issued his first multi-track project, Cita Son in July 2017. On top of the solo efforts that he’s been pumping out in the recent months, the rapper has also collaborated with a handful of artists over the past two years. For instance, he has already worked with Too Short, Slimmy B, Did, Bluejeans, Mozzy, and Philthy Rich, to name a few. In fact, one of his most popular tracks to date, Keep It On Me, was a collab with YID.

Having said all that, how successful has Lil Yee’s rap career been so far? Since his debut, has he managed to reel in a decent amount from his music endeavors? Unfortunately, the net worth for the San Francisco rapper is currently still under review (which is not too surprising, considering the fact that he’s a relative newcomer). Regardless, let’s take this opportunity to learn more about him- below, we will look at some of his accomplishments so far.

How did Lil Yee Make His Money & Wealth?

From the Bay Area, Lil Yee has been rapping about gritty street life since 2016. Unfortunately, not much is known about his early life, other than the fact that he was born and raised in San Francisco, California. Should more information be available in the near future, we will update this section.

Affiliated with Bang Gang and the Mozzy crew, the rapper made himself known last year with a handful of singles, including Field Trip, We Living Hopeless, and Bonafide Hustla. Decent hits, they garnered him a considerable amount of attention in the underground scene. For instance, the official visuals for We Living Hopeless have already been viewed over 1.1 million times on Youtube.

Since then, Lil Yee has been more determined than ever to carve an identity for himself in the industry. Working towards this goal, he released two additional singles earlier this year, The Illest and Never Trust. Within just a few months, they have already been streamed over 600,000 times combined on Soundcloud, a testament to his growing popularity.

Most recently, the rapper offered fans with a long-awaited project, Cita Son. Preceded by the above-mentioned singles, it included a couple of features from Shining Rae, and D Daddy in Straight to the Point and Loyalty respectively. Some of the other songs from the track list include Unbreakable Bond, So Lost, Turn Up On Yee, Dead or Alive, 4 Real, and So Lost. A significant milestone for Lil Yee, the LP will hopefully be followed by many additional albums in the near future.

Obviously, the rapper would have earned some degree of earnings from the above projects. Inattention to those, however, he has also done many collaborations with artists such as Slimmy B, Did, Too Short, Prezzi, Philthy Rich, Mozzy, and Lil Blood. Some of these singles include Used 2 It, Use to Do, Lurking, Usalama, Spin the Wrist, Keep it On Me, and Been Thru.

What other moneymakers does Lil Yee Have? From the looks of it, the newcomer has not yet had the opportunity to put on any shows or concerts (which isn’t uncommon for someone who’s still working on building a solid fanbase). Assuming that he continues to dish out new songs and projects, however, it’s more likely than not that he will embark on a small tour in the near future. Of course, when he does, his overall net worth is sure to also receive a boost. Until that happens, we’ll just have to wait and bide our time.

As much as we’d like to know, the rapper has not revealed much about his private life- including his dating status. As far as we know, Lil Yee is currently single.

Does Lil Yee Have Any Children?

No, from what we can tell, Lil Yee does not have any children.

Did Lil Yee Go to College?

Not much has been revealed about Lil Yee’s education history. As far as we can tell, he has not gone to college- in fact, it’s unclear whether or not he has finished his secondary education.

What is Lil Yee Famous For?

Lil Yee is perhaps best known for the song, Keep it On Me, which is a collaboration with YID. Since then, he has also been putting much effort into his solo releases.

Where Does Lil Yee Live? Pictures of Lil Yee’s House

Lil Yee currently resides in the San Francisco Bay Area in California, according to his Twitter location.

Unfortunately, we do not have any images of the rapper’s house to share at this time.

What Kind of Car Does Lil Yee Drive?

At this time, we do not have any information on Lil Yee’s vehicle.

How Much Money Did Lil Yee Make Last Year?

We do not have any information on Lil Yee’s 2016 earnings at this time.

As mentioned earlier, Lil Yee recently delivered his debut album, Cita Son on July 28, 2017. Released through Empire Records, the project came laced with fourteen tracks including, Unbreakable Bond, Straight to the Point, The Illest, Turn Up On Ye, and We Livin Hopeless. As well, he has landed a few features Slimmy B’s Been Thru, Yid’s Keep It On Me, and Dolla Dame’s Lurking, among others.

Want to also follow Lil Yee on social media? You can find the California rapper on Twitter at @Cita_Son and on Instagram at @cita_son. Don’t want to miss out on his new music releases? You can also follow him on Soundcloud at @lilyee-citason.