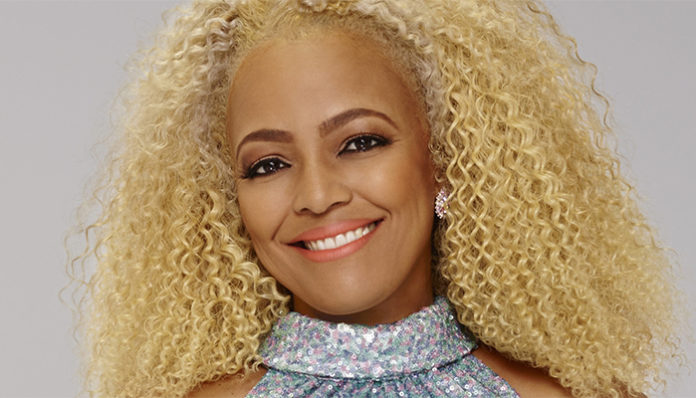 A former child-actress, Kim Fields is best known for portraying Dorothy Ramsey in the NBC sitcom, The Facts of Life. Having acted since the age of five, she made her television debut in the children’s series, Sesame Street (1974). From there, she played the part of Angie Ellins in the comedy, Baby…I’m Back (1977), prior to being cast as Dorothy Ramsey in the popular sitcom, Diff’rent Strokes. Little did it know at the time that it would eventually lead to her biggest role to date, just a few months later.

Following her brief appearance on Diff’rent Strokes (1979), she was asked to reprise the role in its spin-off, The Facts of Life (1979). A huge opportunity for the actress, who was still rising in the ranks at the time, the show effectively heightened her profile in showbiz. For instance, her portrayal had earned her four Young Artist Award nominations, among which were two wins for Best Young Comedienne. From there, she was offered her next big gig in the Fox sitcom, Living Single, where she was cast as Regina Hunter; she would play the part until 1998. Halfway through the series, her portrayal earned her an Image Award nomination for Outstanding Lead Actress in a Comedy Series. Though not as active as she was before on television, she has since appeared in titles such as Monster Mutt, What to Expect When You’re Expecting, For Better or For Worse over the past few years.

One recent credit that she has to her name is the Bravo reality series, The Housewives of Atlanta. One of the cast members in season eight, she appeared on the show from 2015 to 2016. Around that same time, she also participated in the dancing competition, Dancing with the Stars, in which she was partnered with Sasha Farmer. Speaking of reality shows, Field has also been featured in Dish Nation, Celebrity Page, The Doctors, and Star Dates, to name a few.

What else has, The Facts of Life star, been up to this past couple of years? What other projects does she have, that are ongoing? We’ll be answering these questions below, so be sure to read on!

Born on May 12, 1969, in Harlem, New York, Kim Fields acted on television for the first time in Sesame Street at the age of five. A child actress, she eventually appeared as a recurring character in Baby…I’m Back (1977), a role that carried until 1978. From there, she made a couple of brief appearances in Good Times (1978), before being cast as Dorothy Ramsey in Different Strokes (1979) at the age of nine.

Premiered in the fall of 1978, Diff’rent Strokes centered around two African American boys, both of whom are taken in by a rich Caucasian businessman in New York City. Playing the role of Dorothy Ramsey aka “Tootie” in the show, Fields appeared a handful of times between 1979 to 1981. The reason being that she was asked to play the character in the series’ spinoff, The Facts of Life, which premiered just a few months later.

Kim Fields’ Breakthrough on The Facts of Life

Premiered in the summer of 1979, The Facts of Life is easily one of the longest-running sitcoms of the 80’s. Created by Jenna McMahon and Dick Clair, the plot revolved around the character of Edna Garrett, who worked at a fictitious all-female boarding school in New York. One of the main protagonists, Fields reprised her role of Tootie Ramsey, whom audiences had seen before on Diff’rent Strokes. In addition to her and Charlotte Rae (who played Edna), the cast also included Lisa Whelchel, Mindy Cohn, John Lawlor, and Jenny O’Hara, among others.

Though ratings were on the low side for the first few years, it eventually became one of the highest-rated scripted series for NBC by 1981. One of the greatest highlights of Fields’ acting career, the sitcom brought her much praise during its nine-year run. By the end of The Facts of Life, the show had continued well over 200 episodes (most of which saw the actress’ character).

With her stellar performance, the show earned her a handful of industry accolades during its run in the 80’s. For instance, she was nominated for four Young Artist Awards, two of which resulted in wins for the category of Best Young Comedienne in a Motion Picture or Television. Similarly, the show had yielded her a TV Land Award nomination.

Following the end of the series, Fields made a couple of guest appearances in Martin (1992), and The Golden Palace (1992), before landing her next big role in the Fox sitcom, Living Single (1993). Noted for being one of the most popular African-American sitcoms of the 90’s, it followed the lives of six friends in Brooklyn, New York. Playing as one of the said friends, the actress took on the role of Regina Hunter; her co-stars included Queen Latifah, Kim Coles, Mel Jackson, Erika Alexander, and T.C. Carson. For the next five years, Fields busied herself with the show.

With the arrival of the new millennium (and the end of Living Single), Fields found herself guest appearing in numerous TV series including Strong Medicine, The Drew Carey Show, The Facts of Life Reunion, One on One, and The Comeback, to name a few. By then, however, she was not as active as she once was on television.

Having said that, she was still involved. For instance, she directed several episodes of Tyler Perry’s House of Payne from 2009 to 2012. In 2011, she also directed a few episodes of the romantic comedy, Let’s Stay Together.

If you’re wondering, yes- Kim Fields is currently in a relationship. Since 2007, she has been married to her husband, Christopher Morgan, a Broadway actor. According to reports, the two had tied the knot in a private ceremony, that was officiated by Donnie McClurk, a well-known minister.  Currently, the two have two children, a son named Sebastian Alexander (b. 2007) and another named Quincy Xavier (b.2013).

Having been married twice in her life, she was previously with film producer Jonathon Freeman for six years in the 1990’s.

What is Kim Fields Doing Now in 2018 – Recent Updates

If you’re curious, then you’re probably wondering- what is the actress up to now? Don’t worry, we’ve got the answers.

This fall, she co-starred in the adventure drama film, A Question of Faith (2017). Directed by Kevan Otto, it follows the lives of three families, whose destinies converses after tragedy strikes. Her first acting gig in three years, the movie was released on September 29, 2017.

In addition to that, Fields has also been playing the part of Rhoda in the drama series, Living the Dream. As of December 2017, she has appeared in six episodes. But wait, there’s more- she recently also starred in the holiday-themed TV movie, Wrapped Up in Christmas, which also Brendan Fear and Tatyana Ali in the cast.