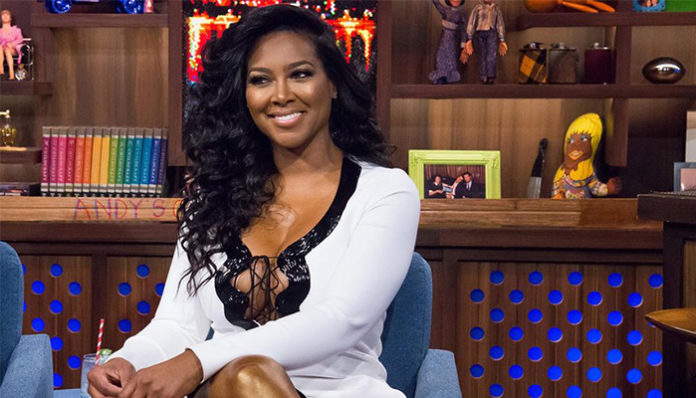 Over the next few years, Moore continued to involve herself in various film productions including, No Turning Back, Deliver Us From Eva, Resurrection: The J.R. Richard Story, and I Know Who Killed Me. On television, she had also made a couple of appearances in The CW sitcom, Girlfriends. Still, it wasn’t until 2012, after being cast in the Bravo reality series, The Real Housewives of Atlanta, that she rose to fame. Introduced in the fifth season, she has remained on the show since 2012. As of December 2017, the tenth season is airing on TV. Some of the other housewives featured in this season include Cynthia Bailey, NeNe Leakes, Sheree Whitfield, Porsha Williams, and a few others.

Since then, Moore has also taken part in the reality series, The Celebrity Apprentice 7, The Millionaire Matchmaker, and Worst Cooks in America. On top of that, she has also taken on a few acting gigs such as Sharknado 4: The 4th Awakens, Life Twirls On, and The Rickey Smiley Show. Her most prominent role to date, however, remains to be that of a housewife on The Real Housewives of Atlanta.

What else has she been up to recently? Outside of television and film, what has she been busying herself with this year? Find out below! 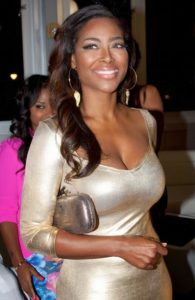 Born on January 24, 1971, in Detroit, Michigan, Kenya Moore is the daughter of Ronald Grant and Patricia Moore, though she was raised majorly by her paternal grandmother. Abandoned by her mother at just a few days old, it remains to be an emotional topic for the reality star to this day. As a teen, she went to Cass Technical High School in Midtown Detroit, from which she graduated in 1989. Following her graduation, she studied psychology and communications at Wayne State University.

Blessed with good looks, she began to model at the age of fourteen. From there, she eventually took part in Miss USA in her early twenties; after which she represented the country at Miss Universe in 1993. Not long after the pageant, Moore made her television debut in an episode of the popular sitcom, The Fresh Prince of Bel-Air. Over the next few years, her list of credits increased, some of which include Homeboys in Outer Space, Smart Guy, Living Single, and The Jamie Foxx Show.

Kenya Moore on The Real Housewives of Atlanta

Then, as it had happened, she was cast in Bravo’s popular reality series, The Real Housewives of Atlanta in 2012. The third installment of the franchise, it had premiered back in 2008. Introduced in the fifth season, Moore joined a handful of other housewives on the show including Phaedra Parks, Kandi Burruss, Cynthia Bailey, among a few others.

As of December 2017, the reality show is currently on its tenth season; in fact, it had just recently premiered on November 5, 2017. Her fifth year on the series, Moore’s relationship with her husband will be touched upon in the season. For those who are interested in tuning in, The Real Housewives of Atlanta, airs on the Bravo Network every week on Sundays.

With her rise to fame on reality TV, she has been invited to many additional shows. For instance, she competed on the popular game show, The Apprentice in 2015. Some other noteworthy mentions include Worst Cooks in America, Watch What Happens: Live, and The Dr. Oz Show.

Since she joined The Real Housewives of Atlanta, Moore has also appeared in a handful of films and TV shows as an actress. In 2013 alone, she had appeared in the series Walk This Way, The Rickey Smiley Now and in the movie, Haitian Nights.

What is Kenya Moore Doing Now in 2018 – Recent Updates

First and foremost, Kenya Moore has been resuming her part of The Real Housewives of Atlanta. As mentioned earlier, the show is currently in its tenth season, which premiered in November 2017. Aside from her, the season also features NeNe Leakes (who recently returned after a prolonged break), Sheree Whitfield (who joined last season), Porsha Williams, and Kandi Burruss, among a few others. So far, it seems to be doing fairly well with over 2 million viewers tuning in every week.

Obviously, the Bravo series takes up most of her time. With that said, however, she did make a guest appearance on The Wendy Williams Show earlier this year. As far as acting goes, she hasn’t appeared in any productions in 2017. Last year though, she did play the part of Monique in the TV film, Sharknado 4: The 4th Awakens.

What else has Kenya Moore been up to lately aside from her work on television? Well, for one thing, she recently got married to her beau, a restaurant owner and businessman, Marc Daly, on June 10, 2017. After working hard to keep their relationship away from the public eye, the two openly talked about their marriage, which took place in a small ceremony in St. Lucia. After returning from the Caribbean Islands, she even showed off her wedding ring in the season premiere of The Real Housewives of Atlanta.

Earlier this month, it was rumored that the couple is pregnant with their first child. According to various tabloids, the two have been trying to conceive for a period following their marriage. Just a few days ago, in fact, reports stated that the Real Housewives star had flown to Barbados for an in-vitro fertilization procedure. Allegedly successful, the reality TV star is currently expecting her first child- and we couldn’t be happier for her and her husband! Will it be a baby girl or boy? At this stage, we’ll just have to wait for her to deliver the announcement…