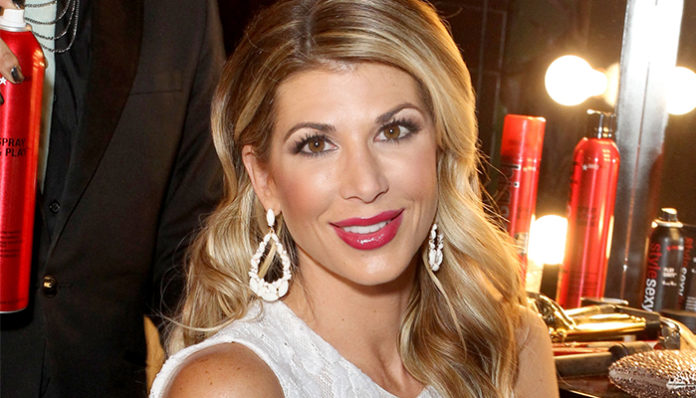 A reality star, Alexis Bellino rose to prominence after joining The Real Housewives of Orange County. Originally from Missouri, she joined the show mid-way through during the fifth season in 2009. From there, she remained as one of the main cast members for three years, up until the end of season eight. As far as we know, the blonde has no plans of returning to the series in the near future.

In the years following her television debut, Bellino has also been featured in several talk shows such as Lopez Tonight, Big Morning Buzz Live, Spirit Fashion Show, and Watch What Happens: Live. In 2012, she even made a brief appearance in the medical drama, General Hospital.

As one of the main stars of RHOC, how much did she receive in terms of salary? As a matter of fact, how wealthy is the blonde? Going by a few sources, Alexis Bellino’s current net worth is approximately $500,000. How much of this came from her television endeavors? What other projects does she have? Let’s take a more detailed look at all of this below.

How did Alexis Bellino Make Her Money & Wealth?

Born on January 19, 1977, in Missouri, Alexis Bellino grew up in the small town of Hannibal. Unfortunately, not much else is known about her early life at this time.

In the fall of 2009, Bellino was cast in Bravo’s popular reality show, The Real Housewives of Orange County. Introduced midway through the series, she made her debut in the fifth season, which premiered on November 5, 2009. Joining her on-screen were Lynne Curtin, Tamra Judge, Gretchen Rossi, Vicki Gunvalson, among a few others.

As one of the show’s main stars, several aspects of her life were followed including her marriage with her husband and her raising of their twin girls. After season five wrapped up in 2010, Bellino remained on the series for two additional years, up until the end of season eight. As far as we know, the blonde has no plans of returning to RHOC full time.

How much did the reality star receive for her appearances on RHOC? Unfortunately, information regarding her salary has not been disclosed to the public. With that said, it’s probably in the range of $20,000 to $50,000 per season.

Since appearing on The Real Housewives of Orange County, Bellino has also been invited onto several talk shows including Big Morning Buzz Live, Spirit Fashion Show, Real Scares, The Tonight Show With Jay Leno, and Watch What Happens: Live, to name a few.

As far as other television endeavors go, she even acted in an episode of General Hospital in 2012.

Where did the rest of her wealth come from? Considering all things, it’s likely that it came from her marriage to Jim Bellino.

Alexis Bellino has been married twice. Previously, she was with record producer, Jim Barry from 2002 to 2003.

Two years following their divorce, she got remarried to Jim Bellino, a successful entrepreneur.

Does Alexis Bellino Have Any Children?

She has three children with her husband Jim, two daughters named Melanie and Mackenna, and a son named James.

At one point in the past, headlines were made after their children’s stroller accidentally rolled into a swimming pool. A close call, one of their daughters was still strapped in when the lifeguard pulled it out of the water.

Did Alexis Bellino Go to College?

Yes, she went to the University of Missouri, where she eventually obtained a Bachelor’s of Arts in Marketing. Ultimately, it was also there that she had met her ex-husband.

What is Alexis Bellino Famous For?

Alexis Bellino rose to fame after appearing in The Real Housewives of Orange County in 2009. Introduced in season five, she ultimately remained for three years, up until the end of season eight.

In fact, just a week ago, she had sold her lavish abode for $2.7 million, according to the Los Angeles Times. Located in San Juan Capistrano, the property boasted 6,449 square foot of real estate with four bedrooms and four and a half bathrooms. The house of dreams, it even included a personal spa, home theatre, and game room.

What Kind of Car Does Alexis Bellino’s Drive?

Information on Alexis Bellino’s vehicle is unavailable at this time.

How Much Money Did Alexis Bellino Earn Last Year?

Want to support the reality star? You can visit her official Facebook page here.