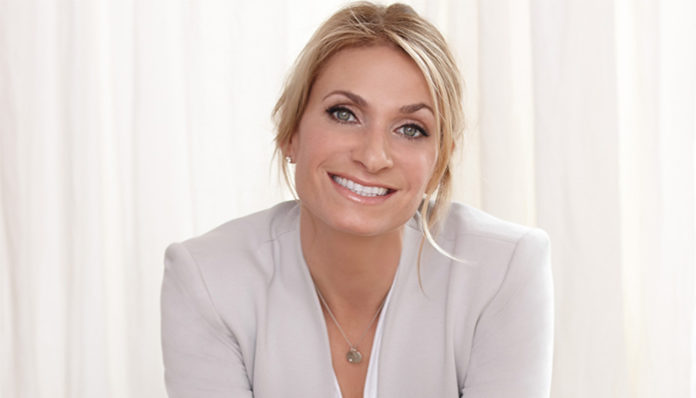 A reality star, Heather Thomson is best known for her appearances in The Real Housewives of New York City. Introduced as one of the main housewives in season five, she remained on the show for two years, after which she returned as a guest. Some of her co-stars included Carole Radzwill, Ramona Singer, Aviva Drescher, among a few others.

Since her rise to fame on RHONY, she has been featured in several talk shows including Bethenny, Money with Melissa Francis, Entertainment Tonight, and Steve Harvey. Last year, the reality star even participated in the short documentary, Dirty Freedom.

How much was she paid for starring in the popular reality series? What were the terms of her contract with Bravo? How well-off is she? According to various sites, Heather Thomson’s net worth currently hovers at $10 million. Obviously, a portion of her wealth comes from RHONY; aside from that, however, where else does she earn her money from? Let’s try to answer some, if not all of these questions below.

How did Heather Thomson Make Her Money & Wealth?

Born on April 14, 1971, in New York, Heather Thomson is the daughter of Scotty Thomson and Emily Franks. Following high school, she went to the State University of New York at Plattsburgh.

In 2012, she was cast in the popular reality series, RHONYC. Introduced at the beginning of season five; some of her co-stars included Sonja Morgan, Ramona Singer, and Luann de Lesseps, among a few others.

Responsible for her rise to fame, RHONY performed relatively well that season, attracting over 1.6 million views during its premiere. After it wrapped up in 2012, Thomson returned for two additional seasons, until the end of season seven. Since then, she has returned a handful of times as a guest star.

How much did she receive for her time? Unfortunately, while some of her co-stars’ salaries have been leaked, there is currently no information as to how much Thomson was paid for appearing on RHONY. Judging from what some of her fellow housewives received, however, her salary probably wasn’t all too shabby.

In addition to her television career, the blonde is also an accomplished fashion designer. Well respected in the industry, she has worked with a handful of celebrities including Sean Combs, Beyonce, and Jennifer Lopez.

The creator of Yummie by Heather Thomson, an innovative brand of fashion essentials, her work has garnered her much recognition over the past few years. Just recently, her line of clothing expanded to include other categories such as leggings, panties, bras, and loungewear.

A philanthropist at heart, she supports numerous charities including No Barriers, the Tick-Borne Disease Alliance, and the Kellner Family Pediatric Liver Disease Foundation. For her contributions, she has received numerous awards including a Spirit of Life Award, and a Champion Award from the American Liver Foundation, among others.

The reality star has been married to Jonathan Schindler since 2003.

Does Heather Thomson Have Any Children?

Heather Thomson has two children with her husband, a daughter named Ella Rae, and a son named Jax.

Did Heather Thomson Go to College?

Yes, she did. As a student, she went to the State University of New York in Plattsburgh, where she worked toward becoming a fashion designer.

What is Heather Thomson Famous For?

Heather Thomson rose to fame in the popular reality show, The Real Housewives of Orange County in the early 2010’s. Since then, she has been featured on several other television programmings.

Heather Thomson currently resides in New York with her family. Further information is unavailable at this time.

What Kind of Car Does Heather Thomson’s Drive?

Information on Heather Thomson’s vehicle is unavailable at this time.

How Much Money Did Heather Thomson Earn Last Year?

Last year, she returned to television as herself in the documentary short, Dirty Freedom. Prior to that, her last on-screen appearance was in that of the talk show, Steve Harvey.

Miss her from her RHONY days? Why not stay in touch with her on social media? You can find Heather Thomson on Twitter at @IAmHeatherT, or on Instagram at @IamHeatherT. If you’re on Facebook, you can also visit her official page by clicking here.