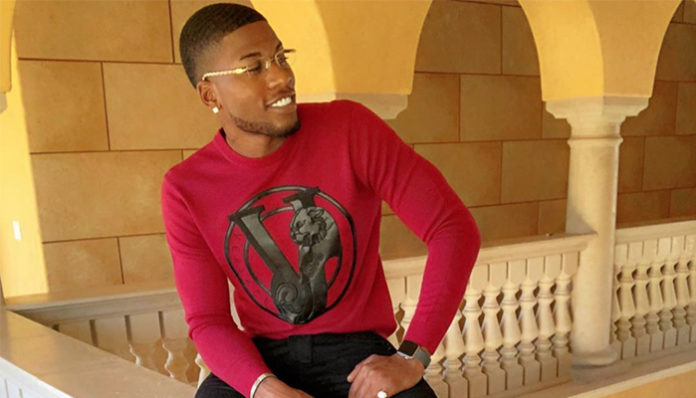 A Youtube sensation, CJ So Cool is best known for his self-titled channel, which he created back in 2014. Noted for his reaction videos, his popularity has grown at a tremendous rate over the past few years. To date, he has amassed over 4.4 million subscribers (and counting) on the video platform.

Like most online stars, the twenty-something is active on several other platforms including Twitter, Instagram, and Facebook. Aside from his social media endeavors, he even has a few singles to his name! Last year, he collaborated with Jinx Da Rebel on the tracks, Wanna Do, and Get a Bag, both of which proved to be popular among fans.

Nowadays, it’s no secret that Youtube can bring in a decent amount of earnings. With that said, how successful is CJ So Cool? How rich is the 28-year-old? According to sources, his current net worth is estimated to be around $1.5 million. Where did this money come from? What percentage of it came from his Youtube videos? Music releases? Let’s take a look at this topic below.

How did CJ So Cool Make His Money & Wealth?

Born on March 29, 1989, in Indiana, Cordero James Brady aka “CJ So Cool” grew up in Lake County with his brother, Anthony, who also happens to be a Youtube personality. Unfortunately, not much is known about his early life- with that said, it’s known that he previously worked as a poker, and blackjack dealer at a casino prior to getting involved with Youtube.

Joining Youtube in 2014, it didn’t take long for him to get accustomed to the site. Before long, he started to upload a variety of reaction videos to his channel, all of which proved to be relatively popular among viewers. Some of his oldest videos include Best Sports Vines of 2015 Reaction, How to Crack Open a Safe Reaction, Youtuber Impressions Reaction, and Funny Videos Try Not to Laugh.

From then until now, his following has grown at an extraordinary rate; as of 2018, he has over 4.4 million subscribers with more than 810 million views on his channel. To date, his most popular video, I Pushed Your Kid April Fools Prank has generated over 14.1 million hits.

How much has CJ So Cool earned from his Youtube channel? To determine this, let’s take a look again at his view count- at the time of this writing, he has received over 810 million views. On average, Youtube pays its users upwards of $5 per 1,000 monetized views (obviously, the exact amount differs from user to user). Doing the math, he would have made over $1.5 million to date.

In addition to his Youtube career, he has recently also embarked on a music career. Last year, he was featured on Jinx’s hip-hop track, Wanna Do, which came out on March 23, 2017. Since then, he has also dropped the single, Get a Bag! via digital download. At this time, it’s unclear whether or not a full-length project is in the works.

Is CJ So Cool Married?

Yes, he has been married to Royalty Johnson, a fellow Youtube personality for several years.

Does CJ So Cool Have Any Children?

He has three children with his wife, J’aaliyah, Karnation, and Leonidas.

Did CJ So Cool Go to College?

At this time, it’s unclear whether or not CJ So Cool has attended college.

What is CJ So Cool Famous For?

CJ So Cool is best known for his reaction reactions on his self-titled Youtube channel. As of 2018, he has amassed well over 4 million subscribers on the site.

Where Does CJ So Cool Live now? Photos of CJ So Cool’s House

CJ So Cool currently resides in Las Vegas, California with his family. Further information is unavailable at this time.

What Kind of Car Does CJ So Cool’s Drive?

Information on CJ So Cool’s vehicle is unavailable at this time.

How Much Money Did CJ So Cool Earn Last Year?

Information on CJ So Cool’s 2017 earnings is unavailable.

Later this month, CJ So Cool will be embarking on a tour, which will be kicking off in Houston, Texas. According to his Youtube channel, it will then continue until late March, in Washington, D.C. For more information, be sure to visit his official website.

Are you a fan? If so, why not follow CJ So Cool on other platforms? You can find him on Twitter at @CJsoCool1 or on Instagram at @Cj_socool. On Facebook, he also has a fan page which you can visit here.