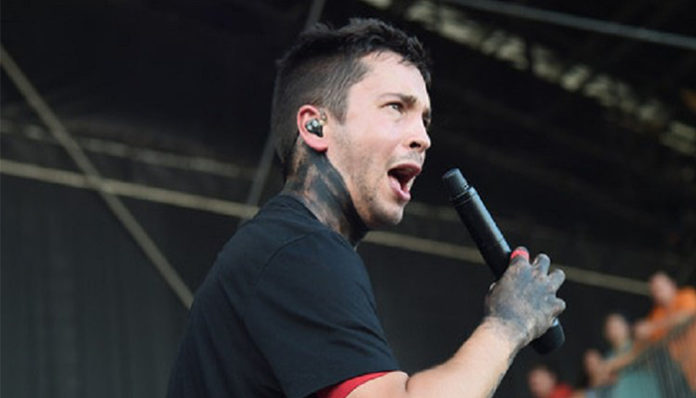 A singer-songwriter, Tyler Joseph is best known as the lead vocalist for Twenty One Pilots. Based in Ohio, the group released their self-titled debut album in 2009. Since then, they’ve dropped several additional projects including Regional at Best, Vessel, and Blurryface, the last of which went platinum three times in the U.S. To date, some of their greatest hits include Stressed Out, Lane Boy, Ride, Heathens, and Holding on to You.

In addition to his work with the group, Joseph has also embarked on several solo projects over the past years. For instance, he had self-released an album titled, No Phun Intended back in 2007. At one point, he even starred in a rockumentary series called, The Longboard Rodeo Tango in 2011.

With all that he’s been involved with, one has to wonder- how much has he earned over the years? How rich is Tyler Joseph? According to various sites, his net worth is estimated to be around $10 million. From what did he earn most of his wealth form? How much of it comes from his work with Twenty One Pilots? Let’s try to answer these questions below.

How did Tyler Joseph Make His Money & Wealth?

Born on December 1, 1988, in Columbus, Ohio, Tyler Joseph was raised with his three siblings, Madison, Jay, and Zachary. Growing up, most of his free time went toward basketball; in fact, his talent on the court had led him to receive a basketball scholarship to Otterbein University after completing high school. Wanting to pursue music instead, however, he ultimately rejected the offer.

In 2009, he formed what would later become Twenty One Pilots with his close friends, Nick Thomas and Chris Salih, both of whom he’s known since high school. Their eponymous debut album was later made available at the end of the year; a second album titled, Regional at Best eventually followed in 2011.

Still, it wasn’t until 2013 that the group soared to fame with their third project, Vessel. Their major label debut, it peaked at number 21 on the Billboard Top 200 and charted in several other countries around the world. Responsible for their hit songs Holding on to You, House of Gold, and Car Radio, the album eventually went platinum with over one million sales in the U.S.

Two years later, their popularity only climbed further with their fourth studio album, Blurryface. Their most successful record to date, it debuted at the top of the Billboard Top 200, with approximately 147,000 sales in the first week. To date, the album has gone platinum three times in the U.S. Among its tracklist are the songs Ride, Stressed Out, and Lane Boy.

In support of their many albums, Twenty One Pilots have also gone on a handful of tours over the past few years. Most recently, they hit the road for the Tour De Columbus Tour in 2017; prior to that, they had been on the Emotional Roadshow World Tour.

As far as solo projects go, Joseph released an album titled, No Phun Intended back in 2007. In addition to that, he’s also contributed to the songs Live by Josef and Sickly Sweet Holidays by Dallon Weekes.

Does Tyler Joseph Have Any Children?

As far as we know, the singer does not have any children.

Did Tyler Joseph Go to College?

Though he was offered a scholarship to Otterbein University, he opted to pursue a music career instead.

What is Tyler Joseph Famous For?

Tyler Joseph is best known as one of the founding members of Twenty One Pilots. The group’s lead vocalist, he has contributed to most, if not all of their works.

At this time, we do not have any information on Tyler Joseph’s location, nor do we have any photos of his home.

What Kind of Car Does Tyler Joseph’s Drive?

Information on Tyler Joseph’s vehicle is unavailable at this time.

How Much Money Did Tyler Joseph Earn Last Year?

For most of last year, he was busy traveling with the group for the Tour De Columbus Tour. Prior to that, they were also on the road for the Emotional Roadshow World Tour, which ran until late June 2017.

Why not stay in touch with the singer via social media? You can find the singer on Twitter at @tylerrjoseph or on Instagram at @Tylerrjoseph. You can also drop by his official Facebook fan page by clicking here.