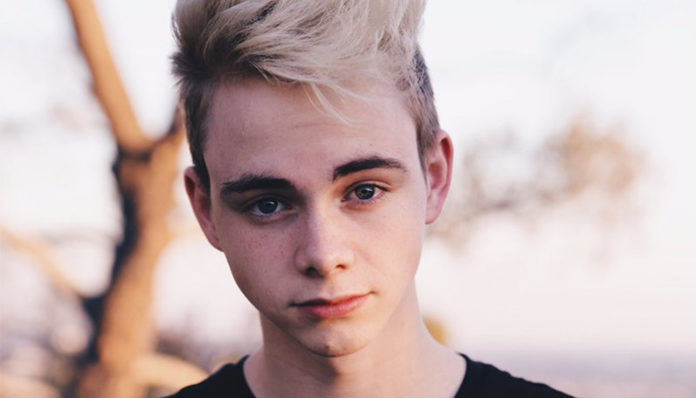 A pop singer, Corbyn Best is best known as a member of the boy band, Why Don’t We. Skilled for his age, he has been playing the guitar ever since his early teens. Together with his crew, he rose to prominence with the release of their debut album, Only the Beginning in 2016. Since then, they’ve dropped four additional projects, all of which were met with positive reviews.

In addition to his music career, the teen has also made himself known on social media. Active on a number of platforms, his popularity has only been on the uprise over the past few years. In fact, he has already amassed over 112,000 subscribers on Youtube!

How successful is he with all that he’s accomplished in so little time? How rich is he? From what we can gather, Corbyn Besson’s net worth is currently estimated to be around $200,000. Where did he earn most of this money from? How much of it came from his work with the boy band? His Youtube channel? Let’s try to figure out these questions below.

How did Corbyn Besson Make His Money & Wealth?

Born on November 25, 1998, in Texas, Corbyn Besson has been into music ever since he received his first guitar at the age of twelve. Growing up, he was raised in Virginia with his two siblings, Ashley and Jordan.

A couple of years back, he and a few friends got together to make music- they would eventually form the pop band, Why Don’t We. Just a few months into their career, they released their first single titled, Taking You, which came out on October 7, 2016. A decent hit, it paved the way for their subsequent EP, Only the Beginning.

By the end of 2017, Why Don’t We had added two additional albums to their catalog- Invitation, and A Why Don’t We Christmas.

Unfortunately, it’s unclear how much exactly he’s earned from his endeavors with the band. Having said that, it’s likely that he’s taken home a decent amount, considering how successful their last records have been.

On top of record sales, the group has also embarked on a few concert tours over the past couple of years. Naturally, they would be paid handsomely for each performance. For those who are interested in seeing the boys perform live, they will be hitting the road once again in late February. For more details, you can visit their official website here.

Want to support the singers? If so, be sure to drop by their online shop. Looking at their site now, they have a range of products available from clothing such as hoodies and t-shirts, to accessories.

No, Corbyn Besson is not married. Having said that, the teen is in a relationship with Christina Marie.

Does Corbyn Besson Have Any Children?

No, Corbyn Besson does not have any children.

Did Corbyn Besson Go to College?

From what we can gather, he has not gone to college. Instead, he has presumably been focusing on his singing career.

What is Corbyn Besson Famous For?

Corbyn Besson is best recognized for being a part of the pop group, WDW. Over the past couple of years, he has contributed to numerous of their hit songs.

Corbyn Besson currently lives in Houston, Texas. Unfortunately, that’s about all we have regarding his location right now.

What Kind of Car Does Corbyn Besson Drive?

Details on his vehicle are not available at this time

How Much Money Did Corbyn Besson Earn Last Year?

Currently, it’s unknown how much he managed to rake in in 2017.

Over the past year, the teen has uploaded several cover songs to his Youtube channel including Pillow Talk, Wild, and Let Me Love You, to name a few.

Want to follow the 19-year-old on social media? You can find Corbyn Besson’s tweets on Twitter over at @Corbynbesson. On Instagram, you can also follow him at @CorbynBesson. In addition to those, you can, of course, also follow him on Facebook- you can visit his official fan page by clicking here.