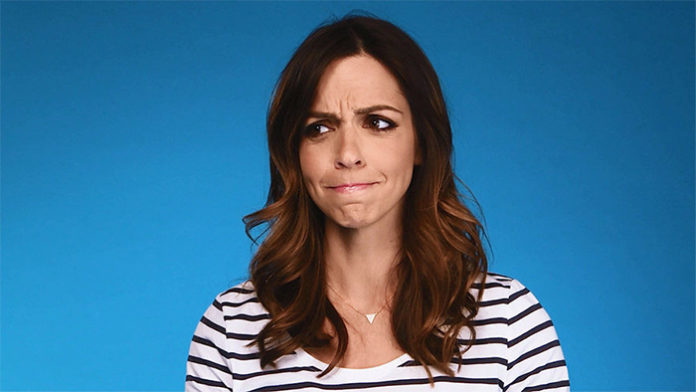 A mother of three, Elle Walker initially found success on her Youtube channel, WhatsUpElle. Hailing from Pennsylvania, she originally joined the community in 2011. Since her rise to fame, she has created a second channel called, WhatsUpMoms, which she currently runs with her friends Meg, Brooke. Incredibly popular, especially among young mothers, their videos have gained them nearly two million subscribers to date.

The winner of numerous awards, WhatsUpMoms has attracted numerous big-name advertisers including Disney, Kohler, and Puffs. At one point, Walker and the girls even had the opportunity to collaborate with Michelle Obama herself! If anything, their parenting channel will only continue to climb in popularity over the next few years.

How well-off is the mother of three? How much is she able to take home from her Youtube channels? According to various sites, Elle Walker’s current net worth is approximately $1 million. What is the breakdown like for her earnings? How many sources of income does she have? Hopefully, we’ll be able to answer some of these questions for you below.

How did Elle Walker Make Her Money & Wealth?

Born on July 20, 1981, Elle Walker was raised in Pittsburgh, Pennsylvania, with her two siblings. Though not much has been revealed about her early life, it’s known that she attended Stanford University after completing high school.

In 2010, she joined Youtube under the name, WhatsUpELLE. Striving to make herself known in the community, she began uploading a variety of content from dance videos to music parodies. From then until now, her channel has grown to a point where she has over 367,000 subscribers with more than 107 million views. Given that all of her videos are monetized, she would have easily earned a decent amount from said channel.

Since 2013 however, the mother of three has been working exclusively on her second channel, WhatsUpMoms, which she co-founded with a few friends. A popular parenting channel, they not only share various mom hacks but interesting DIY projects, as well as vlogs, among other things.

Significantly more successful than her previous endeavor, WhatsUpMoms has since gained nearly two million subscribers with more than 976 million combined views. In fact, they currently receive 35 million views per month! With those kinds of statistics, surely the channel is able to rake in a decent amount of income?

How much has the channel made over the past seven and a half years? Before answering this, let’s briefly go over how Google’s payout works- typically, the site pays its partners up to $5 per 1,000 monetized views (40% of one’s total count is monetized). Though ad earnings differ from user to user, for simplicity’s sake, let’s assume this to be true; if so, WhatsUpMoms would have yielded close to $2 million in revenue.

Even if the friends were to split this amount, each of them would take home a decent sum. Of course, as their following continues to grow (which it has been), it’s more than likely that there will also be a rise in their ad earnings.

She has been married to Ross Walker since 2013.

Does Elle Walker Have Any Children?

Yes, she has three children with her husband, Tess, Ford, and Presley, all of whom make occasional appearances on her Youtube channel.

Did Elle Walker Go to College?

Yes, she went to Stanford University, from which she obtained a degree in Technology in 2002.

What is Elle Walker Famous For?

Elle Walker originally rose to fame for her Youtube channel, WhatsupELLE. Since then, however, the focus has shifted toward her collaborative parenting channel, WhatsUpMoms. As of 2018, they have already gained nearly two million subscribers.

Elle Walker and her family currently reside in Westwood, California. Further information is unavailable at this time.

What Kind of Car Does Elle Walker’s Drive?

Information on Elle Walker’s vehicle is unavailable at this time.

How Much Money Did Elle Walker Earn Last Year?

Most recently, it was announced that WhatsUpMoms had signed on three new collaborators, Karen Alpert, Esther Anderson, and Kathryn of Do It On a Dime fame.

Want to follow the co-founder of What’s Up Moms on other social media sites? You can find Elle Walker on Twitter at @WhatsUpElle or on Instagram at @WhatsUpElle. If you want to support her on Facebook, you can also visit her official FB page by clicking here.