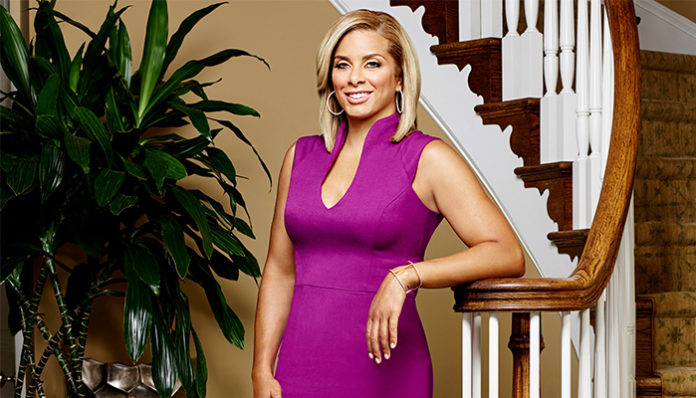 Known for her appearances on reality TV, Robyn Dixon rose to prominence after appearing in The Real Housewives of Potomac. One of the main cast members, she made her debut in the series premiere in early 2016. Some of her co-stars included Gizelle Bryant, Charrisse Jackson-Jordon, Karen Huger, and Ashley Darby, among a few others. Following a 14-episode run, the second season ended in 2017. As far as we know, there has been no word on a third season.

Her most prominent television appearance to date, RHOP garnered her much attention during its two-year run. In fact, it had led her to be invited to the talk show, Hollywood Today Live in 2016.

Having risen to fame on reality TV, how much was she paid for the opportunity with Bravo? How wealthy is the blonde? According to various sources, Robyn Dixon’s net worth currently stands at approximately $3 million. Where did she earn most of this amount from? How much of it came from starring in The Real Housewives of Potomac? Let’s take a closer look at some of this below.

How did Robyn Dixon Make Her Money & Wealth?

Born on March 31, 1979, in Baltimore, Maryland, Robyn Dixon was a star basketball player during her college days at the University of Maryland. Coached by Eddie Jordan, her talent on the court had been undeniable. Unfortunately, not much information is available regarding her early life at this time.

Her first time appearing on national television, the show garnered her much fame during its run. An overall success, with over 2.5 million viewers tuning in during the series premiere, it focused on various aspects of Dixon’s life including both her work and personal relationships. Ultimately, the opted to stay for a second season following the end of the first in 2016. With that said, there has been no word from Bravo regarding a third season.

How much was she paid for her appearances on The Real Housewives of Potomac? From what we can gather, the cast was most likely paid around $100,000 per season (though this has not been confirmed).

Unlike some of her other co-stars, Dixon hasn’t appeared on television much since 2017 (with the exception of an appearance in Hollywood Today Live).

Having said that, she did recently make her acting debut in the indie film, Never Fall in Love. Directed and written by the Derick Thomas, it centered around two friends, both of whom are in love with the same man, a professional football player by the name of James Williams. One of the supporting characters, Dixon portrayed the part of a woman named Donna. Some of the film’s other cast members include Yanni Abrahams, Tray Chaney, Cappadonna, Jeremy Cole, and Fatima M Cisse.

For now, it’s unclear whether or not she will be picking up any additional acting roles in the future.

As far as we know, she is currently single. Up until 2012, she was married to her high school sweetheart, Juan Dixon.

Does Robyn Dixon Have Any Children?

She has two children with her ex-husband, Carter and Corey.

Did Robyn Dixon Go to College?

Yes, she went to the University of Maryland, where she was a star basketball player; she later received a bachelor’s in business marketing.

What is Robyn Dixon Famous For?

Robyn Dixon rose to fame in The Real Housewives of Potomac in 2016. To date, it remains to be her most prominent television appearance.

The reality star currently lives with her children in Maryland. Further information on her location is unavailable at this time.

What Kind of Car Does Robyn Dixon’s Drive?

Information on Robyn Dixon’s vehicle is unavailable at this time.

How Much Money Did Robyn Dixon Earn Last Year?

Up until July 2017, she had been starring in the second season of The Real Housewives of Potomac. Despite its relative popularity, the show has not yet been renewed for a third season.

Want to see more from the reality star? You can find Robyn Dixon around on a few online sites including Instagram at @RobynDixon10 and Twitter at @RobynDixonRHOP. Don’t forget to also drop by her official Facebook page here.