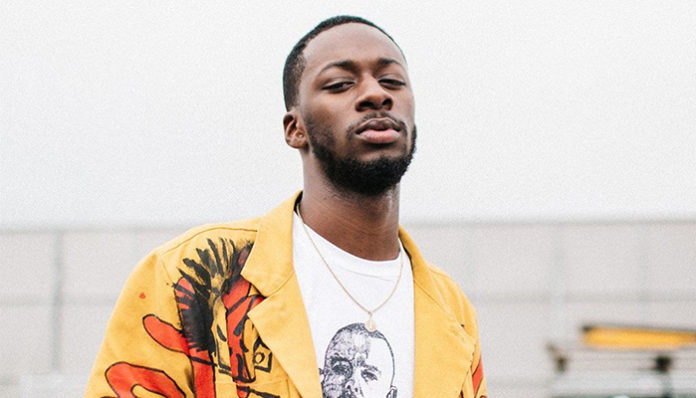 A rapper out of Washington, D.C., GoldLink rose to prominence with his debut mixtape, The Gold Complex in 2014. Launching his music career in the 2010’s, initially as a hobby, he performed under the name, Gold Link James, for a brief period before switching to his current stage name in 2013. Prior to the release of his 2014 tape, he had uploaded several tracks to SoundCloud and Bandcamp.

A year after the release of his debut mixtape, he followed up with a second project dubbed, And After That, We Didn’t Talk in 2015. More successful than his first effort, it peaked at 21 on the U.S. Top R&B and Hip-Hop Albums chart. Since then, GoldLink has come out with several additional tracks including Crew (Feat. Brent Faiyaz and Shy Glizzy), which became his first platinum hit. Last spring, he also issued his long-awaited debut album, At What Cost via RCA Records.

Now for the question that we’re all wondering about- how wealthy is the rapper? How much has he made since his music debut? GoldLink currently worth $250,000. Where did he earn most of this amount from?

How did GoldLink Make His Money?

Born on May 17, 1993, in Washington, D.C., GoldLink originally pursued music as a hobby after graduating from high school. Performing under the name, Gold Link James, he released a handful of tracks on Bandcamp, before switching to the SoundCloud platform in 2013 (during which he changed his stage name to what it is today).

Not long afterward, the rapper released his first mixtape, The Gold Complex, in July 2014. Met with critical acclaim, it garnered praise from several publications including Spin and Complex. In fact, it had made it onto the list of “Top 10 Mixtapes of 2014” on Clash Magazine.

Later in 2015, GoldLink dropped a second mixtape titled, And After That, We Didn’t Talk. Featuring guest appearances from Masego and Anderson Park, it boasted several tracks including Late Night, Dance on Me, New Black, Dark Skin Women, and After You Left. An improvement over his first tape, it ultimately reached number 21 in the U.S. music chart.

Since then, the rapper has released yet another record, his long-awaited debut album. Released through RCA Records, At What Cost was made available in the spring of 2017. Critically acclaimed for its unique production and storytelling, it spawned a couple of singles, one of which includes his first platinum hit, Crew (Feat. Shy Glizzy and Brent Faiyaz).

Obviously, the above records would have generated a good amount of earnings. On top of that, however, there’s also what he makes from putting on shows and performances. For instance, he had recently embarked on a 2017 concert tour, which saw him performing at over 70 different venues across the country.

GoldLink will be going on yet another tour (worldwide), later this spring. For more information, please visit his official website here.

GoldLink is currently single and not in a relationship. In the past, GoldLink dated a young Filipina woman.

Does GoldLink Have Any Kids?

Did GoldLink Go to College?

No, he did not. He began making music after graduating from high school in the early 2010’s and has not looked back since.

What Kind of Car Does GoldLink Drive?

What is GoldLink Famous For?

GoldLink initially rose to fame for his 2014 mixtape, The Gold Complex. Since then, he has released several additional hits including Spectrum, Dance on Me, and Crew, the last of which recently earned him a Grammy Award nomination.

Where Does GoldLink Live? Photos of GoldLink’s House

How Much Money Did GoldLink Earn Last Year?

Information not available on GoldLink’s 2017 earnings.

As mentioned, the rapper recently dropped his studio album, At What Cost on March 24, 2017. His first multi-track project in two years, it went on to produce his most successful single to date, Crew, which went platinum in the U.S.