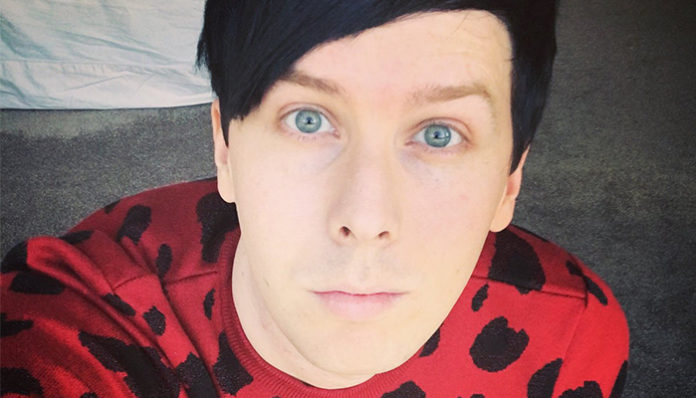 A former radio personality, Phil Lester is perhaps best known for his Youtube channel, AmazingPhil. Hailing from London, England, he uploaded his first video, Phil’s Video Blog on March 27, 2006. Since then, he has posted more than 200 videos to his account, all of which are incredibly popular among fans. At the time of this writing, he has over 4.2 million subscribers on his primary channel.

In addition to his Youtube career, Lester has also been presenting BBC’s Sunday Night Entertainment and Request Show with his best friend, Daniel Howell (whom he lives with), since 2013. On top of that, the pair has even co-written a book titled, The Amazing Book is Not on Fire, which went on to become a number one New York Times Bestseller.

Did you know that he also lent his voice to a technician in Pixar’s animated film, Big Hero 6?

How much has the talented individual earned over the years? How rich is he? According to sources, Phil Lester has an estimated net worth of $1.5 million as of 2018. Where did he earn the bulk of this amount from? How much of it came from his Youtube channel? Hopefully, we’ll be able to answer some of these questions below.

How did Phil Lester Make His Money & Wealth?

Born on January 30, 1987, in Lancashire, England, Phil Lester worked several odd jobs, including as a dog walker, and car washer, prior to pursuing a Youtube career in the mid-2000’s. At the age of nineteen, he posted his first video, Phil’s Video Blog to his channel, AmazingPhil. Since then, he has amassed a significant fan base on the site, with over 4 million subscribers to date.

Not only has he uploaded over 200 videos over the years, but he’s also received more than 521 million views combined across his channel. At the time of this writing, Phil’s most popular video, Phil is not on fire 6, he been viewed over 10 million times. Some of his other top hits include Dan and Phil Punk Edits in Real Life, Phil is not on fire 5, and My Tumblr Tag 2.

How much does Phil Lester make from his primary Youtube channel? Considering the fact that he receives ~300,000 views a day, it’s not surprising to know that he generates upwards of $450 per day from the ads displayed on his videos (e.g. approximately $165,000 a year).

As you probably already know, Phil has two additional channels on the site- LessAmazingPhil, and DanAndPhilGames. Though not as popular as his main account per se, the two channels currently have more than 4 million subscribers combined.

On top of all that, there’s also his involvement in radio. Since 2013, he and his best friend, Daniel Howell has been presenting an entertainment show on BBC Radio 1. As if that wasn’t impressive enough, the two friends have also co-written a book together titled, The Amazing Book is Not on Fire, which came out in 2015. At one point, they even embarked on a U.S. tour in 2016.

For many years, it has been speculated that Phil Lester is dating his best friend, Daniel Howell. With that said, he hinted that he had a girlfriend last fall.

Does Phil Lester Have Any Children?

No, Phil Lester does not have any children.

Did Phil Lester Go to College?

Yes, he did. As a college student, he went to the University of York, where he obtained a Bachelor of Arts in 2008; he later returned for a Master of Arts in Video Postproduction in 2009.

What is Phil Lester Famous For?

Phil Lester is best known for his Youtube channel, AmazingPhil, on which he currently has over 4 million subscribers.

Phil Lester has been living with his best friend, Daniel Howell since 2011. The last that we heard, the two resided in London.

What Kind of Car Does Phil Lester Drive?

We do not have any information on Phil Lester’s car.

How Much Money Did Phil Lester Earn Last Year?

At this time, we do not have any information on Phil Lester’s 2017 earnings.

Last November, it was announced that Lester and Howell will be embarking on their second tour in 2018.