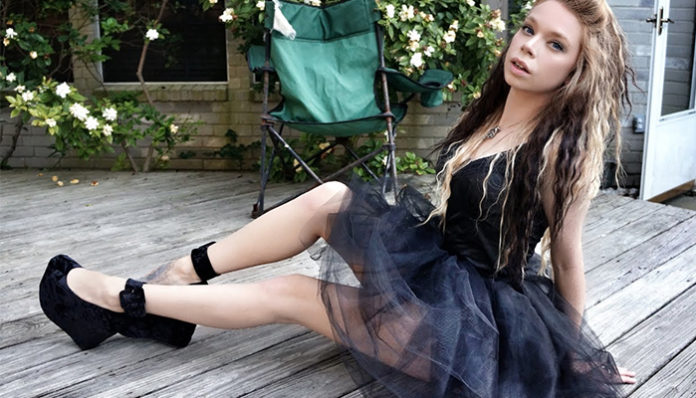 Known by fans as grav3yardgirl, Bunny Meyer originally rose to prominence on Youtube in the early 2010’s. A former fashion designer, she originally uploaded videos of paranormal experiences- it wasn’t until later on that she transitioned to vlogs of more centralized subjects.

Today, she regularly uploads videos on topics such as makeup and fashion. In fact, she also has a mini-series called, Does This Thing Really Work? in which she tries out various “As Seen on TV” products. One of the highest-paid YouTubers in the U.S., she has amassed more than 8 million subscribers as of 2018.

With all that said, how much does she make in a year? How profitable really, are her YouTube videos? How wealthy is the 32-year-old old? From what we can gather, Bunny Meyer aka “grav3yardgirl” has a current net worth of approximately $1.2 million. How long did it take her to bank such an amount? Aside from her channel, what other ongoing projects is she involved with? Hopefully, we’ll be able to tackle some of these questions below, so be sure to keep on reading.

How did Grav3yardgirl Make Her Money & Wealth?

Born on August 3, 1983, in Houston, Texas, Bunny Meyer aka “Grav3yardgirl” previously worked as a clothing designer prior to jumping on the Youtube bandwagon. Based in the suburb of Pearland, she originally launched her channel in 2010, primarily as the platform for her paranormal videos.

In late 2010, she hopped on the Youtube bandwagon under the username, Grav3yardgirl. Though her videos initially revolved around trips to the graveyard, and her own paranormal experiences, it eventually evolved to include more centralized videos, on topics such as makeup and fashion. Today one of her most popular series include Does This Thing Really Work? in which she tests our various “As Seen on TV” items.

Over the past several years, she has reached several milestones in her Youtube career; for instance, she currently has over 8.1 million subscribers with more than 1.4 billion lifetime views. So far, her most popular uploads include Balloon Bonanza, Who is Grav3yardGirl, Wubble Bubble, Ice Cream Magic, and Instant Plastic Surgery.

With the all the fame that she has, how much has she managed to pull in from her channel over the years? What’s the status of her ad revenue? Assuming that Grav3yardgirl is paid $5 per 1,000 views (eg. just an estimation) and that less than half of her 1.4 billion views are monetized, she would have already made over $2 million from her videos.

Naturally, as her channel continues to grow over the next little while, so will her ad revenue. According to statistics from Socialblade, Grav3yard girl currently gains anywhere from 100 to 700+ new subscribers a day. In 2017 alone, her subscriber count had jumped from 6.2 million to nearly 8 million!

As far as other projects go, she released her own line of makeup called Swamp Queen in the summer of 2016, in collaboration with Tarte Cosmetics. Sold at a number of cosmetic stores including Sephora and Ulta, it included two lipsticks, as well as an eyeshadow palette.

As far as we know, she is not married. Having said that, it’s known that she’s been living with a partner, whom she refers to as Dog-Man.

Does Grav3yardgirl Have Any Children?

As far as we know, she does not have any children.

Did Grav3yardgirl Go to College?

For now, there is no information available regarding her education history.

What is Grav3yardgirl Famous For?

Grav3yardgirl is best known for her self-titled Youtube channel, on which she 8.1 million subscribers. Though she initially posted paranormal videos, she’s since transitioned to vlogging about more generalized subjects.

Grav3yardgirl currently resides in Houston, Texas. Unfortunately, further details on her location are unavailable at this time.

What Kind of Car Does Grav3yardgirl’s Drive?

Information on Grav3yardgirl’s vehicle is unavailable at this time.

How Much Money Did Grav3yardgirl Earn Last Year?

Information on Grav3yardgirl’s 2017 earnings is unavailable.

Last fall, the YouTuber released the latest addition to the Grav3yard Curl Collection- the Curl Blowdryer. Available at a number of retailers, the product boasts a unique, alligator print, that is bound to turn heads.

Other than that, she has, of course, been busy with filling her channel with new videos.

Aside from Youtube, you catch her on a few other platforms including Twitter at @Grav3yardgirl and Instagram at @Grav3yardgirl. On Facebook, she even has an official fan page, which you can visit by clicking here.