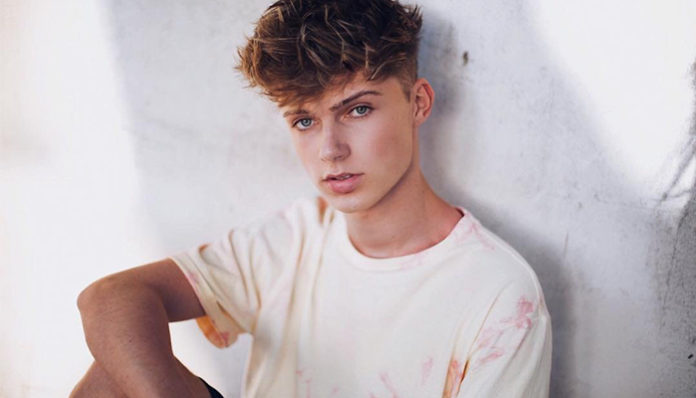 A social media star, Harvey aka HRVY originally rose to fame on Musical.ly, on which he has over 1.2 million followers. Since then, he’s also carved an identity for himself on platforms such as Instagram, Twitter, and Youtube. At the rate things are going for him, his popularity is likely to increase further in the near future.

In addition to his online success, the teen is also an R&B artist. Signed with Ted Cockle of Virgin EMI Records, he has released several tracks over the past year including Personal, Holiday, Talk To Ya, and Phobia, all of which are incredibly popular. Last fall, he had also dropped the EP, Talk to Ya via digital download.

How successful is the 17-year-old internet celebrity? How lucrative has his social media career so far? How rich is he? According to various sites, HRVY’s net worth is currently at around $500,000. Where did the teen earn most of this money from? How much of it came from his success on Youtube? Stay with us, as we’ll be looking into some of these questions below.

How did HRVY Make His Money & Wealth?

Born on January 28, 1999, in Kent, England, Harvey Cantwell- aka HRVY was raised with his two brothers, Elliot and Ollie. Growing up, he often pretended to be Justin Timberlake or Michael Jackson, two of his favorite music artists. Unfortunately, not much else is known about his childhood at this time.

Determined to make himself known in the music industry, he began uploading videos of his performances online, under the encouragement of his family and friends. As one thing led to another, he eventually landed a record deal with Universal Music while still attending high school. His debut single, Thank You was later released in late 2013.

Continuing to grow as a singer, the teen later released his debut EP, Holiday in the summer of 2017. His first multi-track project, it included a couple of guest appearances from Stylo G and Redfoo. Generally well received, it set the stage for her subsequent music career.

Just a few month afterward, the teen dropped his second extended play, Talk to Ya in November 2017. A follow-up to his previous endeavor, it came laced with five cuts, Heartbroken, I Won’t Let You Down, Talk to Ya, Personal, and High, most of which were met with praise.

Obviously, a significant portion of his earnings would come from his record sales. On top of that, however, it’s likely that he also receives supplemental income from his social media accounts. Incredibly popular, he has made himself known on several platforms including Musical.ly, Instagram, Youtube, and more.

In fact, he has received over 5.4 million views on his Youtube channel alone. Assuming that he’s been monetizing his videos, this would convert to approximately ~$10,000 in earnings (given that he makes $5 per 1,000 ad views).

As far as other endeavors go, he once presented for BBC’s children show, Friday Download in the past. In addition to that, he has also toured with the music group, Little Mix.

No, he is not married. As far as we know, the teen is currently single.

Does HRVY Have Any Children?

Did HRVY Go to College?

Currently, in his mid-teens, HRVY is still attending high school. At this time, it’s anyone’s guess as to whether or not he will be attending college after graduation.

What is HRVY Famous For?

HRVY is perhaps best known for his EPs, Holiday, and I Won’t Let You Down. Aside from his music efforts, he is of course, also well known on social media.

HRVY currently resides in England with his parents. Photos of his home are unavailable at this time.

What Kind of Car Does HRVY Drive?

Information on HRVY’s vehicle is unavailable at this time.

How Much Money Did HRVY Earn Last Year?

Information on HRVY’s 2017 earnings is unavailable.

As mentioned earlier, the teen recently released his second EP, I Won’t Let You Down in November 2017. Other than his music ventures, he has also been updating his online accounts on a regular basis.

What else does he have planned for his fans this year? For now, we’ll just have to wait and see.

If you’re a fan, be sure to follow him on social media! You can find HRVY on several sites including Twitter at @cxrtwell or on Instagram at @hrvy. Don’t forget to also drop by his Facebook page over here.