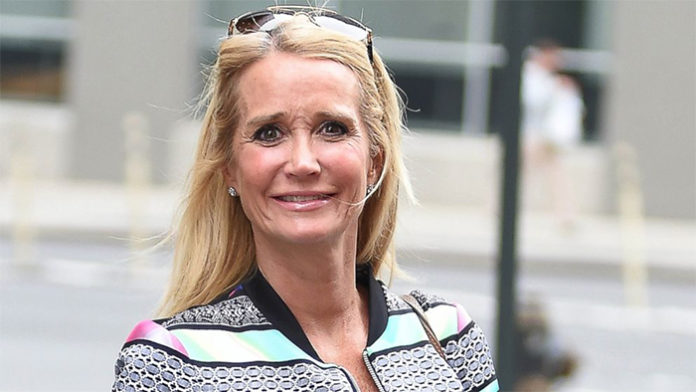 Originally from New York, Kim Richards is perhaps best known as one of the original cast members on The Real Housewives of Beverly Hills. A former child actress, she appeared in numerous television series and films during the 70’s and 80’s, prior to taking a prolonged break in the early 90’s. Some of the titles that she had starred in include Here We Go Again, Nanny and the Professor, The Wonderful World of Disney, and James at 15/16.

Ultimately, it wasn’t until the early 2010’s that she came back into the picture after being cast in Bravo’s The Real Housewives of Beverly Hills. One of the original housewives, she starred in the first five seasons from 2010 to 2015.

As a former reality star on RHOBH, how wealthy is she? How much did she receive from Bravo for appearing on the show for five years? According to various sites, Kim Richards’ current net worth stands at approximately $2 million. Where did the majority of this wealth come from? Let’s try to find out below.

How did Kim Richards Make Her Money & Wealth?

Born on September 19, 1964, in Mineola, New York, Kim Richards launched her career in the showbiz at just a few months old, appearing in various television commercials. With that said, it wasn’t until 1970 that she made her official acting debut in the American sitcom, Nanny and the Professor, where she played as Prudence Everett.

Over the next several years, Richards appeared in numerous titles including The Wonderful World of Disney, Here We Go Again, Police Story, Benjamin Franklin, The Streets of San Francisco, and Little House on the Prairie. At one point, she even co-starred in the feature film, Escape to Witch Mountain, which was released in 1975.

With that said, her acting career eventually began to slow down by the late 80’s. By the 90’s, she had more or less “retired” from her showbiz lifestyle. From there, it wasn’t until the early 2010’s, that she made her way back into television.

Cast as one of the main stars on Bravo’s The Real Housewives of Beverly Hills, she made her debut in the series premiere which aired in the fall of 2010. Relatively popular, the first episode had attracted over 1.5 million viewers in the U.S. Some of Richards’ co-stars at the time included Adrienne Maloof, Taylor Armstrong, Lisa Vanderpump, and Camille Grammer, among a few others.

How much did she receive for her appearances in RHOBH? According to details that have been leaked about her contract, Kim Richards received $100,000 per season from Bravo. Seeing as how she starred on the show for five seasons, this would work out to be a total of $500,000 in earnings.

Since her return to television in the recent years, Richards has also acted on a couple of occasions. For instance, she had appeared as a minor character in the mystery thriller, Revenge in 2015. Around that same time, she also made an appearance in the made-for-television film, Sharknado 3: Oh Hell No!, which starred Cassandra Scerbo, Ian Ziering, and Tara Reid.

As far as we know, she is currently single. In the past, she had been married to Monty Brandon and Gregg Davis.

Does Kim Richards Have Any Children?

The mother of four children, she has three daughters, Kimberly Jackson, Brooke Brandon, and Whitney Davis, and a son named Chad Davis.

Did Kim Richards Go to College?

As far as we understand, she has not gone to college.

What is Kim Richards Famous For?

Kim Richards rose to prominence in the recent years after being cast in the popular reality series, The Real Housewives of Beverly Hills in 2010.

What Kind of Car Does Kim Richards Drive?

Information on Kim Richards’ vehicle is unavailable at this time.

How Much Money Did Kim Richards Earn Last Year?

Last year, she returned for a handful of episodes for The Real Housewives of Beverly Hills reunion. In addition to that, she had also been featured on the talk show, Access Hollywood.

As far as acting goes, she hasn’t been involved with any projects since Sharknado 3: Oh Hell No! in 2015.