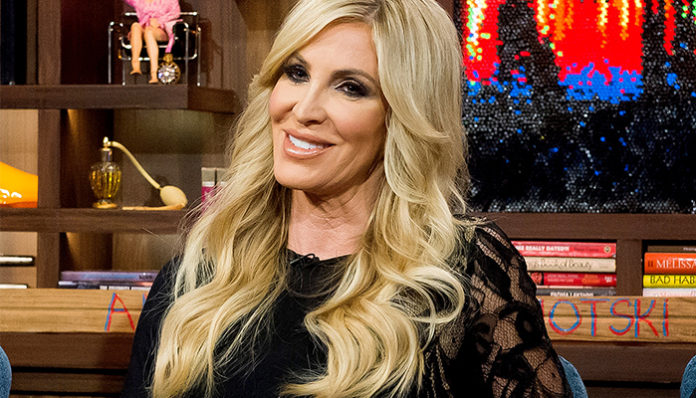 A reality star, Lauri Peterson is best known for her appearances on Bravo’s The Real Housewives of Orange County. Introduced in the first season, it was ultimately the show that had propelled her to fame in the mid to late 2000’s. In total, the blonde was featured for four seasons, up until 2009 (though she later returned as a guest the following year). Some of her co-stars during that time included Jo De La Rosa, Vicki Gunvalson, and Jeana Keough, among a few others.

While The Real Housewives of Orange County remains to be her most prominent television credit, she has also been featured in other programmings such as Watch What Happens: Live, and The A-List Awards. Aside from TV career, what else had she been involved with in the past? According to sources, she had previously worked in the insurance industry, prior to making her small screen debut.

Now for the big question, how rich is the reality star? How much has she earned over the years? According to various sources, Lauri Peterson currently has an estimated net worth of $20 million. How much of this came from the popular Bravo series? Let’s take a look at this topic below.

How did Lauri Peterson Make His Money & Wealth?

Born on June 10, 1959, in Idaho, Lauri Peterson previously worked as an insurance agent in Coto de Caza, California, prior to being scouted for the reality series. Unfortunately, not much is known about her early life at this point in time.

As it happened, the blonde had found herself cast in Bravo’s newest reality series at the time, The Real Housewives of Orange County in 2006. One of five original cast members, he co-stars included Kimberly Bryant, Vicki Gunvalson, Jeana Keough, and Jo De La Rosa. Premiered on March 21, 2006, the show quickly proved to be popular among audiences, which led it to be renewed for additional seasons by the network.

As one of the main housewives, various aspects of Peterson’s life were followed over the course of the next four seasons, including her relationship with then-boyfriend George Peterson, and son, Josh, the latter of whom has struggled with addiction for many years.

In total, the blonde starred on the show for three years, from 2006 to 2009; she ultimately left at the end of season four (though she later returned as a guest for the subsequent season). In terms of why she chose to left the series, it was later revealed in an interview that she had decided to do so after her son Josh was arrested for heroin possession.

How much did she earn from being on The Real Housewives of Orange County? Unfortunately, the cast members’ salaries have not been disclosed to the public. For now, we can only speculate as to what she’s managed to pull in from the series (e.g. perhaps tens of thousands?).

Looking at her IMDb page, it does not look like the blonde has made any other television appearances since her time on RHOOC.

Does Lauri Peterson Any Children?

Lauri Peterson has three children, two daughters named Sophie and Ashley, and a son named Josh. For many years, it has been known that Josh has been battling a drug addiction.

Did Lauri Peterson Go to College?

At this time, it’s unclear whether or not Lauri Peterson has attended college

Lauri Peterson currently resides in Orange County, with her husband and three children. Further information is unavailable at this time.

What Kind of Car Does Lauri Peterson Drive?

We do not have any information on Lauri Peterson’s car at this time.

How Much Money Did Lauri Peterson Earn Last Year?

At this time, we do not have any information regarding Lauri Peterson’s 2017 salary.

As mentioned earlier, Lauri Peterson hasn’t appeared on The Real Housewives of Orange County since 2010. In fact, she hasn’t appeared on television much of all since the early 2010’s. As far as we know, she has been working hard with her son Josh, in regards to his ongoing struggle with addiction.

If you want to stay in touch with the former RHOC star, why not follow her on social media? You can find Lauri Peterson on a few apps including Twitter at @LaurifromRHOC and Instagram at @Lauri_peterson.