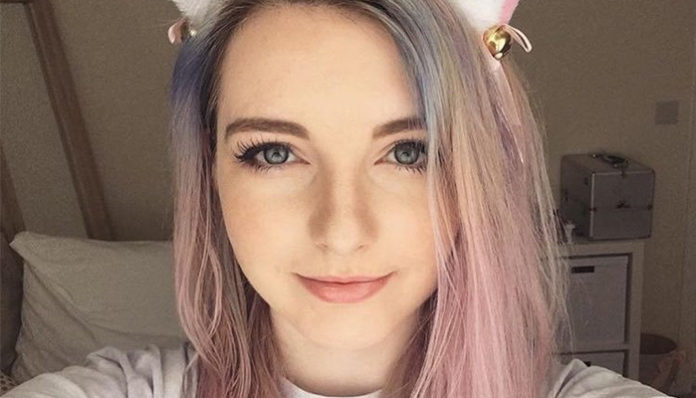 An avid gamer, Lizzie is best known for her Youtube channel, LDShadowLady. Hailing from England, she originally joined the site in early 2010- with that said, it wasn’t until the end of that year that she started to upload her first videos. Incredibly popular, she is most noted for her quirky Minecraft series, Shadowcraft.

As of 2018, the twenty-something has amassed over 3.6 million subscribers with more than 1.4 billion views. In fact, her channel trailer itself has been viewed over 10.8 million times! Considering all this, to say that she’s an average game would definitely be an understatement at this point.

Today, it’s not uncommon for some gamers to be able to rake in a decent amount of earnings from Youtube. With that said, how successful is the 25-year-old? How lucrative is her channel? According to sources, Lizzie aka LDShadowLady’s net worth stands at approximately $750,000 as of 2018. How much of this came from the ads displayed on her videos? Does she have any other ongoing projects that we should know about? Let’s take a look at some of this below.

How did Lizzie LDShadowlady Make Her Money & Wealth?

Born on October 7, 1992, in England, Lizzie aka LDShadowLady grew up with her younger sister Maddie, whom she remains incredibly close to this day. After completing high school, she went to Liverpool John Moores University, where she studied Computer Animation & Visualization. Though most of her life has been spent in her native UK, she did live in Virginia at one point in the past.

Though she joined Youtube in early 2010, it wasn’t until later in the year that she uploaded her first videos. An avid gamer, most of her initial uploads revolved around Call of Duty, one of her favorite games. Since then, she has played several additional titles, the most prominent one being that of Minecraft.

Aside from gameplay videos, she also posts other content such as vlogs, challenges, and Q&A’s. To date, her efforts have gained her over 3.6 million subscribers with more than 1.4 billion views. As of 2018, her best videos include Draw My Life, Murder Mystery, Minecraft Zoo, Who’s Your Daddy, as well her channel trailer, which has been viewed over 10 million times.

How much has the 25-year-old gamer made from her channel so far? Considering her large audience, and the fact that she has over 1.4 billion views, surely her earnings are significant? Typically, YouTubers are able to earn upwards of $5 per 1,000 monetized views, depending on various factors (obviously, the greater their fan base, the greater their earnings). Given that this is the case for Lizzie, she would have already yielded over $2 million from her videos (prior to Youtube’s cut).

As far as we know, her Youtube channel is her primary source of income.

While she isn’t married, she got engaged to fellow YouTuber, Joel Smallishbeans in the fall of 2017. At this time, it’s unclear when the couple plan on tying the knot.

Does Lizzie LDShadowLady Have Any Children?

Did Lizzie LDShadowLady Go to College?

Yes, she did. Prior to becoming famous on Youtube, she studied Computer Animation and Visualization at Liverpool University.

What is Lizzie LDShadowLady Famous For?

Lizzie LDShadowLady is best known for her self-titled Youtube channel, on which she posts a variety of gameplay videos (mostly of Minecraft). Hugely popular, she has gained over 3.6 million subscribers (and counting) as of 2018.

Lizzie currently lives in Liverpool with her boyfriend. Further information is unavailable at this time.

What Kind of Car Does Lizzie LDShadowLady’s Drive?

Information on Lizzie LDShadowLady’s vehicle is unavailable at this time.

How Much Money Did Lizzie LDShadowLady Earn Last Year?

As mentioned earlier, she recently got engaged to her long-term boyfriend, Joel Smallishbeans in November 2017.

Other than that, she has mostly been busy with updating her Youtube channel with new videos- something that she has been doing diligently ever since 2010.