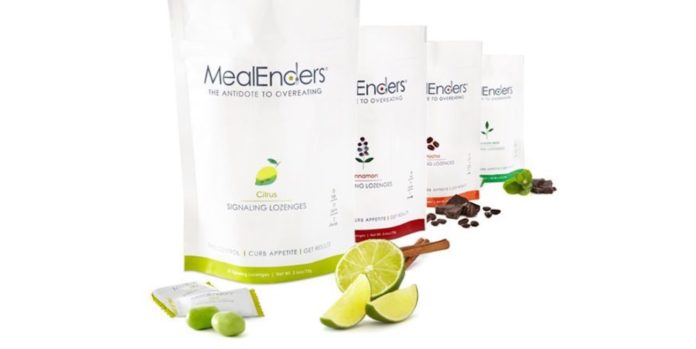 Mark Bernstein was having a few health issues related to his rising waistline. His doctor recommended that he attempt to lose the weight before resorting to medication. He decided to research a way that would “turn off the urge to keep eating” and he ended up developing MealEnders with the help of a leading food development firm. People were so taken with the weight-loss lozenge that Mark was able to sell $1.4 million worth in just 1.5 years. Let’s see if the Sharks could see the value in this interesting product. 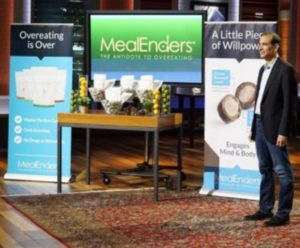 Mark Bernstein walked into the Shark Tank. He told the Sharks his name and that he is from San Francisco. He said that the name of his company was MealEnders. Mark requested $350,000 in exchange for 8% of his company. He started the presentation by telling the Sharks that it was a well-known problem that he was fixing. People tell themselves all the time that they were going to be in control of their weight, but they keep coming back for more and more portions. Until now.

Mark claimed that he had a totally new approach to weight loss with his product MealEnders. He said that it was a signaling lozenge that combines behavioral psychology and sensory science to help users beat overeating and maintain portion control. Mark said that each MealEnders contained two layers – an outer reward layer, which Mark claimed provided a measured dose of dessert, and an inner layer that was used to cue the end of the meal. The inner cooling core is apparently used to take your mind away from eating, and reset your taste buds.

Mark insisted that MealEnders freed people from the urge to overindulge in unhealthy items. He ended his presentation by asking the Sharks to give them a try. It would aid them in taking control and get over eating. He said that he had samples, and Robert told him to hand them out. As each Shark put them in their mouths, he said that the product was designed to dissolve in your mouth. Barbara asked if she could she was, and Mark told her not to. Lori knows that there were different flavors, and Mark listed them as citrus, cinnamon, chocolate, and chocolate mint. He said that they probably wouldn’t want to have more than one.

As Barbara allowed hers to dissolve in her mouth, she said that the chocolate that she had was really delicious. The other sharks murmured similar comments. Mark told them to wait until they got to the inner core. Robert said that he was getting to that point. Kevin asked how many calories each one had, and Mark told him that each one had 15 calories and 2 g of sugar.

Mark explained that it would cause cooling and tingling sensation. Barbara kinda shattered and said that she felt it through the whole body. Kevin said that he started feeling and all of a sudden it seems like Barbara was very attractive. Barbara told him to give her a kiss, and Kevin complied. All of the sharks shouted in disgust. Kevin said that it made him feel all warm and fuzzy. Robert said that was kind of burning a bit. He said that it felt kind of chilly. Lori said that it left kind of odd taste on her tongue. Mark told her to remember that the whole point was to get them to stop eating.

The sharks all said that the taste was getting particularly strong now, to the point that it was becoming uncomfortable. Kevin, in particular, said that it was like a bad date. In the beginning, it was wonderful, and by the end he really hates her. Mark asked to share a data point with them. He stated that in the last year and a half, MealEnders had a 100% satisfaction rate and a 2% return rate. Mark Cuban wanted to know what his sales looked like in the past year and a half. Mark told them that his sales equaled $1.4 million in that time. He only sold on his website and on Amazon.

Barbara held up the bag and asked how much he sold them for. Mark told her that it depended on how people purchased them. A single bag was $16.95, and if people subscribed to the product on Amazon, it could go down to $8.99 per bag. Barbara said that she sat in her chair trying to figure out what she would like to eat to get the bad taste out of her mouth, and she could not think of a single thing. Barbara told him that that was a cool little trick.

Barbara asked if Mark was a scientist, and he told her that he was not. He said that he was someone who needed the product. He described to the doctor, having the doctor looked at his weight, and telling him to lose 10 to 15 pounds. He became more self-conscious of his own eating and realized that this issue was stopping at just one portion. He looked into some other products already on the market to help him stop. He thought that if he could develop the product himself that will accomplish that goal, it would be a really great business.

Mark then went and spoke to the leading development company in the world. Robert asked him how much weight he lost using the MealEnders, and Mark told him that he lost 15 pounds. Kevin asked if he’d kept it off, and Mark said that it was all about mindfulness for him. Kevin asked about clinical testing, and Mark said that they had done it with the third party. The results came back favorable – over 75% of the participants avoided snacking, were able to keep with portion control, and they lost weight. Mark said that they’d had 6000 reorders, which was over 20% of people who would purchase the product.

Mark Cuban asked him if it had to taste like that. Mark asserted that everyone’s taste is different. Mark Cuban asked if 21% of people reordered, and the entrepreneur said so far. Lori asked how much he’d invested, and Mark told her that his family had invested 200,000 so far. Kevin wanted to know if he had any other investors, and Mark said that they’d raised $1.1 million on a convertible note. That included the money that he has invested himself.

Barbara asked if they’d made a profit since starting the company. Mark said that he hadn’t been running the business in order to make a profit. There had been some profitable months, but overall he was just reinvesting the money right back into the business. He said he was just trying to grow the top line. Mark Cuban asked if they were doing any advertising, and Mark the entrepreneur said that they were. He said that they made $170,000 last month, and spent about half of it on advertising. Mark Cuban looked shocked and sat back in his seat.

Mark attempted to defend his choices, but Mark Cuban was not done. He told the entrepreneur that the reorder rates were horrific. He insisted that it should be going viral, with word of mouth advertising being his primary method of getting the product out there. Mark said that he thought it was starting to go viral, but they were still a brand new company that no one has heard of. Mark Cuban shook his head and told him that he was already 18 months in. It should be the most viral product ever if even one person lost 15 pounds by using it. Mark Cuban went out, stating that MealEnders was a good idea, but not the perfect solution.

Robert said that everyone in the world wants to be rich and thin. He told Mark that he was really on to something since very few people wanted to put the actual effort in. He said that he did not like the supplement side of the business. Robert told Mark that he could potentially spend a fortune to get the word out just to be usurped by the next hot new thing. He said that he didn’t like that business since it would take so much money to get it to scale. Robert went out.

Mark asked if he could share a few numbers with the remaining Sharks. He said that the scale of the problem was enormous. Kevin interrupted him. He told Mark that MealEnders was the first weight loss product on the Shark Tank that hadn’t just been ripped to shreds. Mark had been able to provide the accurate data and theory behind the product and he was able to support it. Kevin said that he bought into it. He personally wasn’t a fan of the cooling core, and he needed to be all in on a product to invest in it. Kevin stated that he did not see himself sticking another lozenge in his mouth, and he went out. He went out, saying that the taste was the only reason.

Lori told Mark that she did not like it either. MealEnders was not a product that she felt very confident about. She wished him good luck, but she went out. Barbara was the only Shark left. She stated that her experience with the product was terrific, and she really liked the taste. She was also impressed by his sales. Barbara’s main issue was that he had already infused the business with a lot of cash, and she saw it taking a lot more to just get off the ground. Mark attempted to head her off, but before he could finish, she went out. He left the stage without a deal. 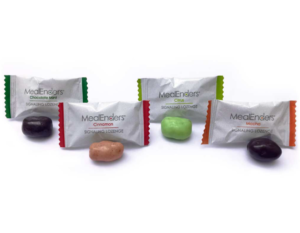 Even though Mark was unable to secure a deal with the Sharks, he was able to sell more than $400,000 worth of this product in the days after his episode aired. According to an article on AJC, the Shark Tank effect boosted his sales to 15,000 in 3 days, which is more than double what he usually makes in a month. The lozenges are still available on both Amazon and their website.