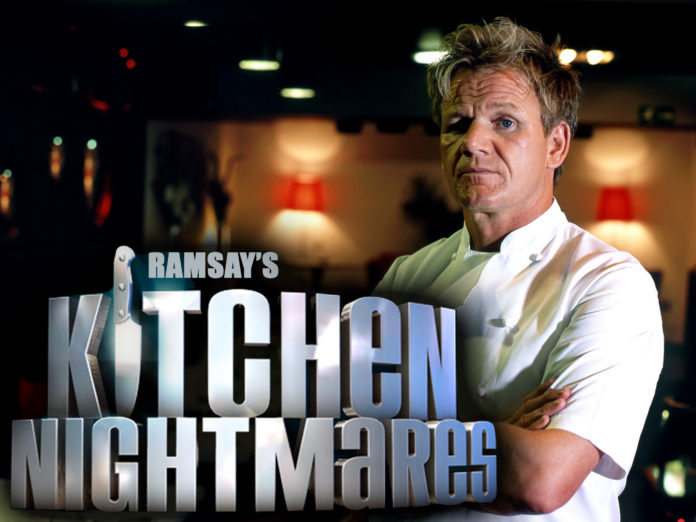 Mojito Cuban Cuisine was founded in 2003 in Brooklyn, New York by Marcelo and his wife Katalina, who recently have taken to domestic disputes within the restaurant. Despite once being proud owners and deeply in love, the marriage and business seem to both be in shambles, with the staff suffering the brunt of the conflict. Two years ago, the couple separated due to stresses relating to the business, and are now in $300,000 in debt, with Katalina claiming she wants to save the baby that is Mojitos, while Marcelo blames it as the breaker of their marriage. Can Gordon Ramsay find some middle ground and a way to save both the marriage and Mojitos? Let’s find out.

Ramsay walks into the only Cuban bistro in Brooklyn to meet Katalina, with Marcelo hiding out in the kitchen. Immediately, she brings up that the marriage is effectively over despite the pair still being business partners. After this revelation, Ramsay asks for a menu and takes a look at the décor to observe that it’s a mish-mash of things akin to a garage sale. Marcelo comments he believes his food will impress Ramsay.
Starting off with the chicken soup, it appears the soup is cold, which immediately causes conflict between Marcelo and Katalina. Next up, the black beans and rice, which is extremely salty. This causes another conflict which can be heard in the living room, making Ramsay clearly uncomfortable. Marcelo kicks Katalina out of the kitchen and then begins working on the Tilapia. The fish comes out undercooked, which, say it with me now, creates another conflict.

After this disaster of a meal, Ramsay meets everyone in the kitchen and states it was a disaster and is informed the fights are still common. Ramsay leaves to get some air, promising to come back for dinner service. A few hours later, he returns to the kitchen and his eye is caught bylined blue bottles that are near the dining area. As it happens, the color comes from toilet water, which may be a sign of things to come. Dinner Service starts with a rush as people want to test out the food and why Ramsay is here. Marcelo seems to fall silent as an expediter, and when he does speak, he shows a complete lack of command of the line. When food does end up coming out, it’s mostly incorrect and the preparation is very lazy. Katalina comes in to try and correct the situation but only ends up making the situation more volatile.

Ramsay observes that the owners are a disastrous pair, as Katalina is driven but does nothing, and Marcelo does nothing right because of no drive. When inspecting the cooling areas, there are thousands of dollars worth of food and produce which seems to be a rather large problem. After dinner, Ramsay states the group needs to set a standard to keep Mojito open. He then confronts Marcelo about the food situation, during which he brings trays and trays of food out, most of which are doing to be wasted. This is clearly a financial sink, and Ramsay schedules a meeting for both Katalina and Marcelo the next morning.

During this meeting, the pair delves into their marriage history. It appears that at the start, they seemed to be a perfect couple but had trouble conceiving a child, turning to IVF. IVF eventually failed, and Marcelo seemed to not be there for her. As a result, she would move down to Miami to see another man during the year and a half stay. Ramsay states it may be a good idea to leave the business for one of them, and Marcelo states Katalina should leave, where Katalina states she should remain as she is dedicated. Ramsay states he needs to see them as they were years ago, cooperative and a management team. Katalina agrees but later expresses doubt. Later, he makes time for the pair to work together, asking the pair to cook an authentic dish. The two instead are making two dishes, which causes frustration from Ramsay, and he demands a single dish, which they reject. It quickly becomes a competition, which Katalina wins. 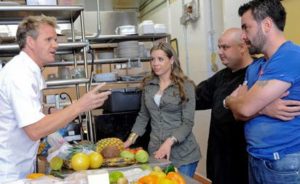 Despite not cooperating, the two do communicate after, with Katalina wanting to go into the kitchen while Marcelo takes the dining room. Ramsay allows it and applauds the communication. With the second day lining up for dinner service, the staff is more than a little nervous about this switch. When orders first start rolling in, Katalina is able to handle expediting fairly well, and the food is well received. Marcelo is, in turn, better in the front, which is likewise great. What isn’t great, however, is that the standard menu is disappointing as usual, which is causing Katalina to lose composure in the kitchen. Within 90 minutes of service, tickets are being lost and the food is getting cold, all while the yelling fires up. Luckily, on the tail end, she regains composure and is able to pull Mojito out of a nose dive and into a rocky landing, but at least it wasn’t a full crash. After dinner, Ramsay applauds the improvements but states there’s going to be a full relaunch including a new menu. But before he does that, he asks if they can put their past relationship aside and work as partners, despite not being husband and wife anymore. The two, after Ramsay leave, hug and agree to work together.

Over the night, a full renovation has been done to the dining room, which seems much more open, uses more natural light, and has a more tropical appearance. A new menu is also featured, which is half the size of the original as the need for speed is greater than variety. Fresh ingredients are focused in smaller quantities so ordering should be easier too, and both Marcelo and Katalina seem to both be doing well with each other and the changes. As relaunch begins, old problems are showing up again such as a silent kitchen with confused orders. As the president of the Borough walks in, there is still chaos in the kitchen and Marcelo is still dead silent. Ramsay jumps in and talks up the head chef to get him to coordinate the kitchen more. Marcelo then runs back in and starts firing off expedited orders which ends up saving the night. Katalina also jumps in, working as a team. As the night ends, both the restaurant and the owners came together, making Mojito a potential hotspot for Brooklyn. But is this still the case in 2018? Let’s take a look.

After Kitchen Nightmares, the future of Mojito looked bright. Less than a year after Kitchen Nightmares, Mojito was visited by Patch drinking columnist Colin Weatherby as his farewell to the publication, and said what many of the new customers were thinking: Mojito went from little more than a dump to one of the best establishments in the neighborhood and a real mainstay. Unfortunately, despite living through even the toughest years of the economic crisis and maintaining a high reputation within the New York area, Mojito Cuban Cuisine closed on March 2, 2016, after 13 years of service.