Prior to inventing the Tranquilo mat, Melissa had been working as a maternity nurse. She’d taken the training to become an infant crying specialist. One night on the job, she was attempting to soothe three babies at the same time. She was bouncing back and forth between rocking them and making a loud shushing noise to simulate their experiences in the womb. This method usually got the infants under her care to stop crying at a 100% success rate, but it was exhausting to do it all manually. That’s how she came up with the idea for her vibrating mat. She attempted to crowd found her project on Indie go-go, but it did not meet its goal. Let’s see if she would have better luck in the Shark Tank. 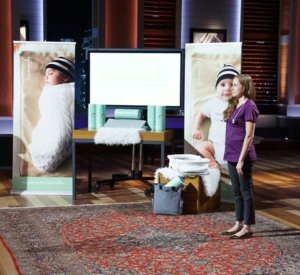 Melissa Cierson walked into the Shark Tank. She introduced herself, informed the Sharks that she was from Boston, and said that her business was Tranquilo. She requested $100,000 in exchange for 10% equity and her company.

Melissa began her presentation by asking the Sharks if they’ve ever wondered why a baby cries when they are born. She told them that the babies had just lost the safety and security of the mother’s womb. She had lots of experience with this as her job was as a maternity nurse and crying specialist. Melissa knew that the trick to stopping a crying baby is to activate their calming response. Parents can do this by mimicking what they’d experienced in the womb. However, rocking a baby back-and-forth in your arms all day is exhausting.

Melissa stated that that was why she invented the Tranquilo mat. She said that was able to calm any crying baby in seconds. Melissa said that it really worked, and showed the Sharks a video reel of crying babies being calmed by the mat. The Sharks all laughed, and Mark and Robert made cutesy noises. Mark asked her if she had one that was large enough for him.

Melissa told the Sharks that when you’re done using the Tranquilo mat, it can go right back into a diaper bag. She said that it had a waterproof interior and a washable cover. This was important as babies aren’t exactly known for being the cleanest little people. It needed to be able to withstand any mass. Melissa was looking to get the product across the globe. She ended the presentation by asking the Sharks who want to invest in an incredible product.

Robert asked to see the product and Melissa started to hand out samples. She handed out the one with the packaging to Lori since she knew that Lori like to see the packaging. Lori noted that it was heavy, but Melissa explained that the mat itself wasn’t heavy– it was just the packaging. Mark asked her how to turn it on. Melissa said to press the universal power button in the corner and hold it down.

Robert turned his on, and know that it started vibrating. Melissa said that it had other modes such as medium, high, as well as one that simulated a heartbeat. Robert turned his on heartbeat setting and let out a contented sigh. Melissa directed them to turn on the heartbeat setting and hold it close to their bodies, taking a deep breath in. Kevin and Lori looked intent, as they did what they were told.

Daymond said that he had a newborn and his child cried for multiple reasons. He claimed that doctor said that after a while you should let the kid just cry it out. He wants to know if using the Tranquilo man would create a bad habit. Melissa insisted that it’s common that a doctor would say that it’s gas or acid reflux if they didn’t know what else to say.

Daymond asked if Tranquilo was patented, and Melissa stated that it was. She had a utility patent that was based on the way the motors were arranged in the mat. Robert wants to know if she’d sold any, and Melissa told him that in less than a year and they’ve done $65,000 in sales. She sold both through the website and Amazon. Some small boutiques have reached out to sell the products as well. Kevin wants to know what it sold for, and she told him that it retailed for $85 but she realized that she could get $99 for it after doing market testing. It only cost her $20 per mat to make them.

Daymond asked why the company would be worth $1 million. Melissa cited the patent and her sales over the last seven months is the reason for the valuation. She was concentrating on reaching out to all moms with the product and then pushing to be seen as a good baby shower gift. Lori asked about a lower price point. Melissa said that she could get there, but she wants the Tranquilo mat to be seen as a premium product. Melissa took her oath to do no harm seriously, and she wanted to rule out any safety concerns.

Lori asked her how she came up with the idea, and Melissa said that she had a job at a hospital. When she was dealing with three fussy babies, she got a lightning bolt moment. Her colleague told her to offer the product to the hospital since it was technically their proprietary info. The hospital was not interested in pursuing it further. When Kevin asked why? Melissa said it was just some guy in the office who didn’t see the value. Once the product launched, her colleagues were some of her first customers.

Kevin asked how much she was making as a nurse, and she told him $1000 a month. Kevin said that she needs to be full-time as was going to work. Melissa said that she works 80 hours a week on her business and only one day as a nurse. The Sharks asked her how much she had put into the business. She told them $180,000 between her inheritance and selling her house. The Sharks all complimented her on going all in.

Daymond offered $100,000 in exchange for 20% equity which was contingent on him being able to do a licensing play. Kevin said that he would offer $250,000 in exchange for 25% equity. Melissa would have to stop working. That would give her enough capital to get going and pay her salary. It would also allow her to build inventory. Kevin believes that the Tranquilo mat was an eloquent solution to a common problem. Robert pointed out that Kevin was offering her the same amount of valuation, just with more money. It was exactly what she was looking for in terms of value.

Mark Cuban stated that Kevin had his Honey Fund business, and once those customers got pregnant he could offer them the Tranquilo mat. Kevin said Mark was exactly right. He had a massive database of interested people. He loved babies, but couldn’t stand crying babies. Melissa and wondered if there any other offers.

Lori told her that Kevin gave her a great offer, but she would have to give up more equity. Lori asked Melissa if the offer sounded appealing to her. She mentioned that sometimes entrepreneurs came into the shark tank, got an offer, and then stalled too long. The offer often went away.

Melissa thought it through. She said she thought that 25% was too high considering that she blew through her inheritance and sold her house. Kevin let her know that it was the same valuation just for more money. Daymond told her to consider if it was beneficial for her and the business. Melissa countered with $200,000 in exchange for 15% equity in her business.

Kevin told her about it raise the value of the company, which didn’t make sense to him. He told her he would do two hundred thousand dollars for 20%. That was the same value with the same valuation. Mark said that he understood her reluctance to work with Kevin. Melissa laughed and pretended to use the mat on herself. Kevin said that he had invested in so many businesses with families and young mothers. Mark also admitted that this was his wheelhouse.

Mark said that he would make it easier on her, and he went out. Daymond had previously made an offer but he saw that Melissa was indecisive. He also went out. Kevin was still willing to do that $200,000 in exchange for 20%. Lori asked what Robert was doing, and he said the Melissa was an American hero. He believed that she had a great product and was an awesome businesswoman. Robert offered her exactly what she was looking for – $200,000 in exchange for 15% equity. True to her word, Melissa took it immediately. She and Robert hugged it out, and she made her way off the stage. As she was leaving she apologized to Kevin and told him to use the mat to calm himself if he was upset.

Tranquilo After Shark Tank – the 2018 Update 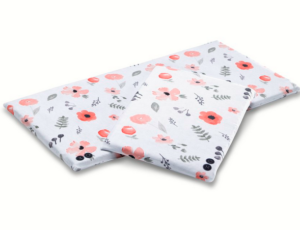 After appearing on the shark tank, Tranquilo now offers a choice of a large or small mat. They also came out with new mat covers. In September 2017, it was announced on the Tranquilo Facebook page that they were seeking a project manager as they were expanding. They often did live Facebook videos as well as blogs on parenting topics. Their Twitter frequently read tweets parenting advice and advocates for paternity leave. In November 2017, they participated in the ABC Kids Expo. Hopefully, they will get picked up by large-scale stores soon. Check out their website if you want to purchase one for yourself.