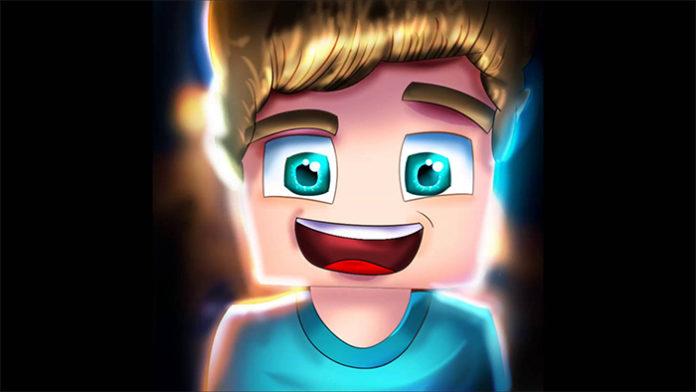 A Minecraft enthusiast, MrCrainer is perhaps best known for his Youtube channel, on which he currently has over 2.6 million subscribers. Known for his gameplay content (mostly of Minecraft, and its various mods), the twenty-something had joined the site back in early 2014. Since then, he has uploaded well over 1,000 videos, all of which are incredibly popular among his fans. To date, his most popular video, This is Chocolate?! has been viewed over 4.6 million times.

Aside from his primary account, MisterCrainer, he also has a secondary channel called, Thea & Crainer, which features him playing Minecraft with his girlfriend, Thea. Though not as popular as the former per se, the channel had recently surpassed the 780,000 subscriber mark.

As you’re probably already aware, it’s not uncommon for some Youtube celebrities to be able to make a decent living from sharing videos online. How successful has MrCrainer been? How much has he managed to earn over the years? According to sources, the 23-year-old currently has an estimated net worth of $600,000. How much of this came from the ads displayed on his Youtube videos? Let’s try to answer some of these questions below.

How did MrCrainer’s Make His Money & Wealth?

Born on December 12, 1994, in Denmark, MrCrainer (Real Name: Benjamin Dreyer Vestergaard) is best known for his Survival Minecraft videos. Unfortunately, not much has been revealed about his personal life at this time.

Venturing into the Youtube universe in early 2014, it wasn’t long before he created himself a channel on the site. Using it as a platform to share his gameplay, he began to upload Minecraft videos to his page; over time, his content gradually gained him an audience.

As of 2018, the Minecraft enthusiast has amassed over 2.6 million subscribers on his channel, with more than 523 million combined views. Incredibly popular as demonstrated by said numbers, his videos easily generate hundreds of thousands of views each. Today, his most popular upload, This is Chocolate?! has been viewed over 4.6 million times.

With the views that he gets, surely he earns a decent amount from his Youtube channel? Generally speaking, Google pays its users anywhere from $2 to $5 per 1,000 ad views (which are displayed on one’s videos). Seeing as how he has 523 million views, this would work out to be total earnings of $418,000 to $1 million, before Youtube’s cut.

Assuming that his Youtube channel continues to grow in popularity, it’s only natural that his earnings would also go up. According to statistics provided by Socialblade, MrCrainer’s channel has been growing by a few hundred new subscribers every day over the past year. In 2017 alone, he had gained more than half a million new fans!

In addition to his primary Youtube channel, he also has a second called, Thea & Crainer – Minecraft, on which he plays games with his girlfriend, Thea. Though not as popular as his main account per se, the joint channel has already racked up over 89 million views since last March. Given that their collaborations are also monetized, it would also provide them with another source of income.

No, he is not married With that said, he has been dating Thea Nicka, for a few years. As mentioned above, the two have a joint Youtube channel.

Does MrCrainer Have Any Children?

No, the Youtube personality does not have any children

Did MrCrainer Go to College?

At this time, it’s unclear whether or not the gamer has attended college.

What is MrCrainer Famous For?

MrCrainer is best known for his self-titled Youtube channel, on which he posts various Survival Modded Minecraft videos. As of 2018, he has over 2.6 million subscribers.

MrCrainer currently resides in Denmark, with his girlfriend. Further information on his location is unavailable at this time.

What Kind of Car Does MrCrainer Drive?

Information on MrCrainer’s vehicle is unavailable at this time.

How Much Money Did MrCrainer Earn Last Year?

At this time, we do not have any information on MrCrainer’s 2017 earnings.

As mentioned earlier, MrCrainer and his girlfriend, Thea, had launched a collaborative Youtube Channel last March. Incredibly active, the two upload new videos to their account every day.

In addition to that, he has of course, also been updating his own Youtube channel on a regular basis.