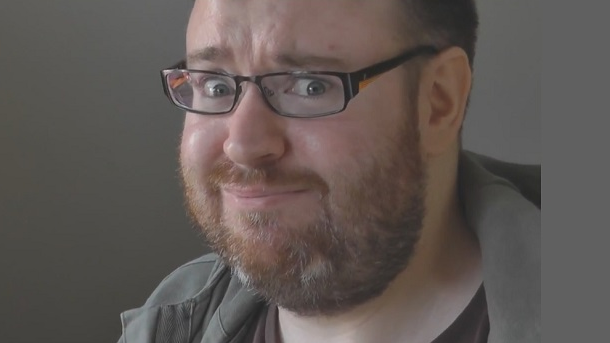 A popular YouTuber, Simon Lane is best known as the co-founders of The Yogcast. Hailing from England, he originally created the channel with his friend, Lewis Brindley in 2008. Since then, their efforts have paid off tremendously- today, they are one of the most successful video game publishers based in the UK. In fact, they became one of the first content creators from the UK to surpass 1 billion views in 2012.

Known for their gaming content, they’ve since amassed over 7.3 million subscribers with more than 3.7 million views. Some of the titles that they’ve played over the years include GTA V, Minecraft, White Noise 2, and Colony Survival.

How well is the avid gamer doing for himself these days? How profitable has his Youtube channel become? How wealthy is he? According to various sites, Simon Lane’s net worth currently stands at approximately $1 million. How much of this is from the success of The Yogcast? What are his biggest sources of income? We’ll be trying to answer these questions below, so stay with us!

How did Simon Lane Make His Money & Wealth?

Born on March 14, 1978, Simon Lane was raised with his younger brother in England. Growing up, he dreamt of becoming an astronaut. Interestingly enough, however, he was advised to become an Insurance Actuary by a career advisor when he was in school. After graduating, he studied at Cardiff University in Wales.

Ultimately it was in 2008 that he ventured into the realm of Youtube. That year, he and his best friend decided to start a channel together called The Yogscast. From there, it wasn’t long before they became one of the most respected guides for World of Warcraft. Since their rise to fame, they’ve also expanded their channel to include the games Grand Theft Auto, Garry’s Mod, and Minecraft.

Currently, their most popular upload, Screw the Nether (Moves Like Jagger Parody) has generated over 43 million views. Some of their other top hits include Diggy Diggy Hole, Minecraft Parody- How Do I Craft This Again, and Minecraft: How to Survive the First Night, all of which have been viewed millions of times.

As of 2018, their gaming channel has gained over 7.3 million subscribers with more than 3.7 billion views. With those kinds of numbers, surely their earnings are nothing to scoff at? How profitable has The Yogcast been? Assuming that 40% of their total view count is monetized at a rate of $5 per 1,000 views, they would have already made over $7 million (before Youtube’s cut).

Given that their popularity continues to increase over the next little while, it wouldn’t be too surprising if their earnings were to also go up.

In addition to the Youtube channel, Simon and his friend have also founded YoGPoD, a popular podcast known for its hilarious banter and tales. A spin-off of their channel, it has received nothing but rave reviews since its launch in 2009. Considering that, it probably also yields the duo a fair amount of income.

As far as we know, Simon Lane is not married, not is he in a relationship at this time.

Does Simon Lane Have Any Children?

From what we can gather, the gamer does not have any children.

Did Simon Lane Go to College?

Yes, he did. Sometime after completing high school, he went to Cardiff University in Wales where he studied astrophysics. Prior to completing his program, however, he allegedly “narrowly failed” his course.

What is Simon Lane Famous For?

Simon Lane aka Honeydew is best known for co-founding the popular gaming channel, The Yogscast. Incredibly successful, he has amassed well over 7 million subscribers to date.

In addition to that, he is also noted for the podcast, YoGPoD, which he runs with his friend, Lewis Brindley.

Simon Lane currently resides in Bristol, England. Further information on his location is unavailable at this time.

What Kind of Car Does Simon Lane’s Drive?

Information on Simon Lane’s vehicle is unavailable at this time.

How Much Money Did Simon Lane Earn Last Year?

As always, he has been hosting the popular podcast, Triforce/YoGPoD alongside his friend Lewis on a regular basis over the past year. In addition to that, he has of course, also been updating their Youtube channel with new gaming content.