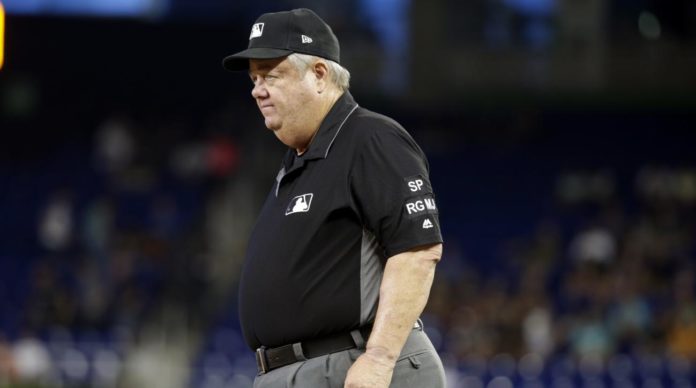 MLB umpires are some of the highest-paid referees in American professional sports. That doesn’t mean it’s a frivolous job, though. While an NFL referee can work only a day a week, MLB umpires are out there grinding it out for the entirety of a 162-game season. It’s an elite job, and kind of a pipe dream, considering how many people want to be MLB umpires and how few positions there are. The MLB uses only 68 umpires per season, and it picks them from the best umps from the minor league baseball system. Once you make it to the pros, though, you’ve pretty much got it made. The salary for an MLB ump starts out at $120 000, and can reach up to the mid $300 000s, and that doesn’t even account of the playoffs, where pay rates are much higher. Most reports put playoff pay for an MLB umpire around $20 000, which is no small bonus. In addition to this pay, there are plenty of other perks to being an MLB umpire too. They get an allowance of $340 for each game that they officiate, which they can spend on things like hotel, food, and transportation. They each get a month of paid vacation during the season, and the turnover rate is low; only one new umpire is hired by the league each year.

While concrete numbers for the career earnings of the highest paid MLB umpires aren’t released by the league, it’s pretty easy to figure out approximately how much they’ve earned using some simple math. A salary of $300 000 for an experienced umpire means they’re making around $2000 a game over the course of the season. The most experienced umpires in league history have all called upwards of 4000 games, which means the league’s top umpires have career earnings in the ballpark of $8 million, which is pretty damn impressive. Let’s take a look at the richest MLB umpires of the past few decades: 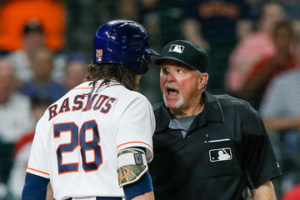 Dana DeMuth is one of the players on this list who is still active in the league, so he may be familiar to you if you watch a lot of baseball, although a lot of these guys kind of look the same. Which is to say, a lot of them are white and middle aged and kind of fat. DuMuth is one of the most respected umpires in the league, and he’s been at it since 1985. He’s worked ten Division Series, five League Championship series, and he has been assigned to five World Series as well, so there’s no doubt he has racked up an impressive net worth over the years. 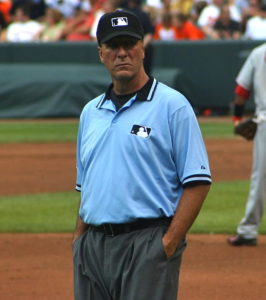 Tim McClelland may still be fresh in the minds of some, as he retired only a couple years ago, in 2015. He was sixty-six years old when he packed it in, which is pretty old in a profession where sharp eyesight is of utmost importance. He has been involved in a number of important or memorable MLB games. For instance, he was the umpire for the famous Pine Tar bat game in 1983, which is one of the most controversial calls in league history. He also was the umpire at the plate for the game in 2003 when Sammy Sosa used a corked bat. He is a giant of a man, at 6’6, and he was also known as one of the umpires with the smallest but most consistent strike zones. 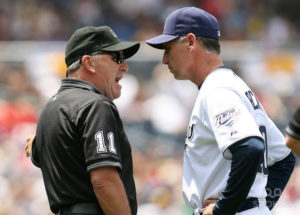 At the time of Ed Montague’s retirement back in 2009, he was the most senior umpire in the league. Baseball runs in the Montague family, as his dad, who was also named Ed Montague, was both a scout and a player in the major leagues for years. Ed Montague was an umpire in the World Series six times in his career, as well as four all star games. Some memorable moments from his career include that he was a second base umpire during the game in which Barry Bonds his that famous 715th home run. He became known as an umpire with rapid, subtle movements to indicate calls, quickly flicking his wrist to indicate a strike and a speedy punch move for a strikeout. 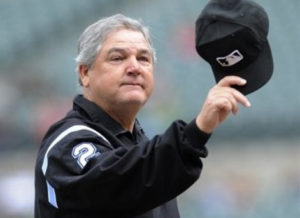 Gerald Joseph Crawford, most commonly referred to as “Jerry” during his umpiring days, was an umpire in the National League starting in the mid ’70s, and then worked in both leagues up until the year 2010 when he retired because he was experiencing health problems. He was sixty three years old when he retired. Sports run deep in the Crawford family blood. His brother is former NBA referee Joe Crawford, who was famous for his tendency to give technical fouls and eject both players and coaches from games. His dad is the late former major league ump Shag Crawford, who was iconic during the ’50s and ’60s for his low crouch. Crawford worked in the playoffs eighteen times, including in five World Series, and served as president of the MLB’s umpires association in the year that they tried a mass-quitting move in order to improve working conditions that failed. Given all those playoff games he officiated, it’s safe to say that he must be sitting pretty in retirement. 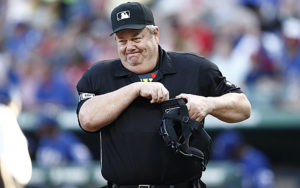 Gerry Davis is still active in the MLB, and has been since the year 1982. At the time of writing, Davis has been involved in the second most games of any MLB umpire, but he does have the longest streak of tenure in the league. That’s because of that failed mass resignation move mentioned above, that resulted in Joe West having to sit out a couple seasons. Davis started out in the minor leagues in the mid ’70s, and was moved up in the early ’80s. He has worked in the playoffs a whopping twenty one times, and five world series. A hilarious controversy in his career came back in 2014, when he got in trouble for making a cry baby face at players of the Oakland A’s. The league said that it wasn’t professional behaviour, which is obviously true, but it’s still nice to see umpires show a little personality once in a while. 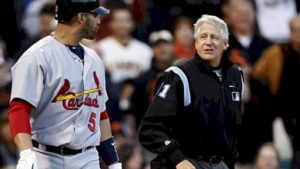 Mike Reilly, like a lot of the guys on this list, had worked more games in the majors than any active umpire at the time of his retirement. Reilly started out in the American League back in 1977, and he retired in 2011. Unlike most of the other umpires, has also worked outside of the MLB, umpiring the Caribbean World Series back in the ’70s. He was one of the final umpires in the American League who refused to wear an outside chest protector, and was allowed to do so because of a grandfather rule. He received media attention because he’s on the cover of an issue of Sports Illustrated from the ’90s, with a photo of him calling Roberto Alomar of the Blue Jays out at home when instant replay seemed to show that he had been safe. 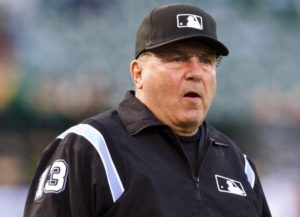 Derryl Cousins worked as an umpire in the majors starting in the year 1979 and retired in 2012. Apparently he didn’t take to the retired life very well, unfortunately. Two years ago, in 2015, he was arrested in his home state of Florida for “extreme DUI.” He was driving below the speed limit, drifting over a lane divider when he was pulled over. He admitted that he had been drinking too much, and he blew .231 on the Breathalyzer, which is kind of remarkable. It’s kind of ironic that someone who based his life on making calls and enforcing rules would so blatantly disregard the law, but there you go. He called three World Series, and was the umpire for a Yankees game in 2008 that lasted fifteen innings and nearly five hours. He worked plenty of notable games as well, including the one in which Derek Jeter got the 3000th hit of his career against the Rays. 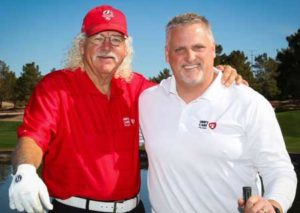 Joe Brinkman was a Major League Baseball umpire for a really long time, starting in 1972 and retiring fairly recently, in 2006. Along with Tim McClelland—who appeared earlier on this list—Brinkman was a member of the crew calling that famous Pine Tar Game. McClelland was the home plate umpire and Brinkman was the crew chief. When George Brett was called out for using more than eighteen inches of pine tar, he ran to the dugout and started going to crazy that Brinkman had to grab him by his neck in order to restrain him so that he wouldn’t hurt McClelland. Probably all baseball fans have seen the footage, but if you haven’t, it’s up on YouTube and definitely worth a watch. 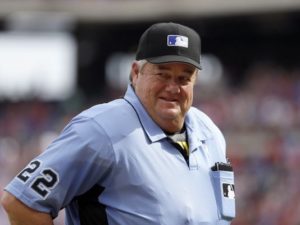 Joe West is still active in the league, and is probably the most famous and well-likely ump in the league. He’s been an ump in the majors since the ’70s, and has been involved in many moments that have made baseball history. He is known by the nicknames “Cowboy Joe” and “Country Joe,” probably because of his southern accent, as he’s from North Carolina. In the ’80s, he was involved in a shoving incident with Joe Torre. In the ’90s, he accidentally threw Dennis Cook to the ground while trying to break up a fight on the field. He is the head of the World Umpires Association, and is involved in negotiating the contracts of all the other umpires. He is also in charge of designing the equipment that all the other umpires wear. He has had some small roles on TV shows and movies, too. He’s sixty-five years old and still going, and when he retires he’ll probably he known as one of the most famous MLB umpires of all time. 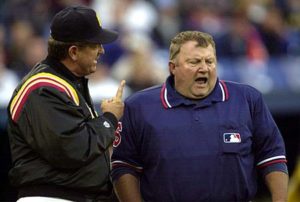 While Joe West is probably the best known and highest earning MLB umpire who is still active, the all-time leader in seasons worked and games umpired, and he is now a Special ASsistant to the Vice President of Umpiring, which is a hyper-specific position that I didn’t know existed. He was a big time presence on the field at all times, and was often fined for his actions as remarks. He’s a raging anti-semite, calling a league official a “stupid Jew bitch” after a minor problem.

Well, that does it for the top earning MLB umpires. While the world of officiating seems boring in comparison to the actual action on the field, there’s a whole world of competition and controversy involved in the actions and lives of these umpires themselves. For many, to work as an umpire is a long-term goal and dream. The men on this list all managed to work a job that pays a six figure salary for decades and decades, likely racking up better earnings than some of the players on the field.