What Happened to Jacqueline Laurita? – 2018 Update 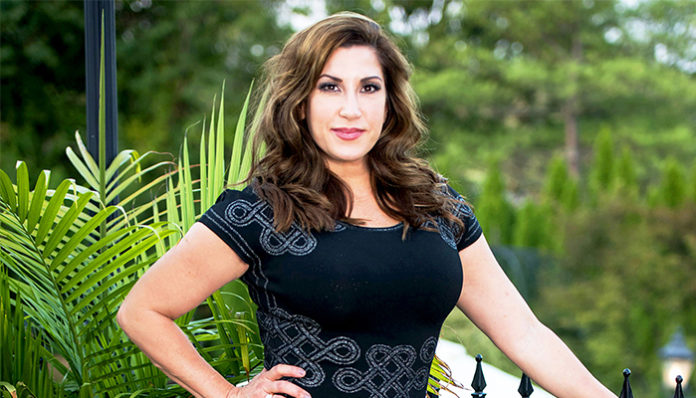 A reality television personality, Jacqueline Laurita is best known for being one of the main cast members on Bravo’s The Real Housewives of New Jersey. Introduced in the first season, she starred on the show for five seasons, prior to leaving briefly in 2014. To the relief of fans, she later returned for the seventh season in 2016. Responsible for her rise to fame, the reality series garnered her much attention over the past few years. With that said, however, she announced in April 2017 that she would not be returning for season eight.

Since she was cast in The Real Housewives of New Jersey, Laurita has taken part in several additional shows such as Who Wants to Be a Millionaire? and The Fashion Show. As her popularity continued to rise over the years, she also landed appearances in  Live with Kelly and Ryan, The Tonight Show with Jay Leno, The Fashion Show, The Nate Berkus Show, and The Wendy Williams Show, to name a few. While her main focus is on reality TV, she has acted on a couple of occasions in Mercy (2009), and Bad Parents (2012), the latter of which marked her big screen debut.

Aside from her ventures on television, the brunette is also an author. Just last year, she co-wrote the book, Get It!: The Busy Girl’s Guide to Getting Your “It” Together alongside Jane Luciani. Since then, she has dropped her second novel, Defy Expectations, which she wrote alongside her husband. Well-rounded, the star is also a supporter of multiple non-profits. More specifically, she is a celebrity ambassador for a handful of Autism organizations (her youngest son Nicholas is diagnosed with the condition).

What else has Jacqueline Laurita been up to recently? What does she have in store, now that she’s left the Bravo reality series? Where will she go from here? We’ll be trying to tackle these questions below, so be sure to keep on reading!

Born on April 26, 1970, in Las Vegas, Nevada, Jacqueline Laurita is the daughter of an Army Colonel, whose career led the family to live in Las Vegas, South Korea, and Virginia. The second of three children, she has two brothers, Robby who is a year older, and Tommy who is seven years younger. Unfortunately, not much is known about her high school life. Having said that, we do know that she attended a community college in Arizona for two years, after graduating; at the time, she aspired to become either a nurse or elementary school teacher.

At the age of nineteen, she married her first husband, Matt Holmes; the two eventually welcomed a daughter into the family named Ashley. After three years of marriage, however, the pair separated. From there, it wasn’t until 1996 that she met her current husband, Chris, in Chicago. Following a period of courtship, the two decided to tie the knot in a Gazebo at a local park, just outside the town hall. An intimate ceremony, the family enjoyed a subsequent barbecue to celebrate.

Jacqueline Laurita on The Real Housewives of New Jersey

Many years later, she found herself cast in Bravo’s reality series, The Real Housewives of New Jersey. One of the original ‘housewives’, she was joined by a handful of others including, Teresa Giudice, Caroline Manzo, Danielle Staub, and Dina Manzo. Premiered on May 12, 2009, the show quickly proved to be popular among audiences, many of whom had already become accustomed to the previous installments (e.g. The Real Housewives of Orange County, Atlanta, New York City).

For the next five years, she starred on the show, which as its title implies, centers around the women’s lives in New Jersey. A handful of seasons later, it was announced that Laurita would not be returning for season six in 2014. With that said, she eventually did make a few appearances as a recurring ‘friend’.

The following season, however, she returned as one of the main housewives, to the surprise of everyone. A solid season, the first episode managed to pull in over 1.7 million viewers in the United States. While viewership dipped in the subsequent weeks, it ultimately rose to 1.9 million for the season finale, which aired in November 2016.

In the spring of 2017, Bravo announced that the series has been renewed for an eighth season. Around that same time, Laurita also confirmed that she would not be returning. Talking in Entertainment Tonight, she stated that she got the feeling that the network no longer feels that she has “an authentic connection” with some of the other housewives. Delving a little deeper into the topic, she also confirmed that she had in fact, been offered a part-time position (which had the potential of turning into full-time), though she chose to decline the offer.

Since she joined the Bravo series, Laurita has been invited onto several other shows including Live with Kelly and Ryan, The Tonight Show with Jay Leno, Watch What Happens Live, and The Fashion Show. At one point in 2010, she even participated as a celebrity partner in the popular game show, Who Wants to Be a Millionaire.

Outside of acting, she has also acted on a couple of occasions. In 2009, she made her debut in an episode of the drama series, Mercy as ‘Housewife #1’. Later in 2012, she appeared on the big screen for the first time in Bad Parents, which starred Christopher Titus, Michael Boatman, and Janeane Garofalo.

The reality star has been married twice. From 1989 to 1992, she was married to Matt Holmes, with whom she has a daughter named Ashley. Last summer, she welcomed the birth of her first grandchild, Cameron Malleo on August 30, 2016.

Later in 2002, she married her current husband, Chris Laurita after a period of dating. With him, she has two sons named Nicholas, and C.J., the former of whom is diagnosed with autism. Since his diagnosis, she has become a celebrity ambassador to several non-profits Autism organizations. Not only that, but she also travels regularly to help raise awareness.

For many years, her husband has also been operating a popcorn company, where a portion of the profits is donated to an unspecified autism foundation.

For a period, the couple also owned a company named Signature Apparel. Since its closure, however, they’ve been involved with battling a legal case regarding its bankruptcy.

What is Jacqueline Laurita Doing Now in 2018 – Recent Updates

Up until last November, Laurita was featured as one of the main cast members in The Real Housewives of New Jersey. As mentioned earlier, however, it was recently announced that she would not be returning for season eight (which premiered in October 2017). What has the reality star been up to since?

Over the past few months, the former Bravo star has appeared on television on a few occasions- including the commercials, Premier Protein: Power Walk, and Premier Protein: Heavy Clean. This April, she also co-starred in the documentary, Warrior Moms alongside Dawn Neufeld, and Maura West.

In other news, the reality star recently put her New Jersey home on the real estate market. Boasting six bedrooms and five and a half baths, the property was put up for sale for an alleged $2.3 million. Freshly renovated, the mansion also comes complete with a library, custom woodwork, as well as a walk-in pantry, and more.