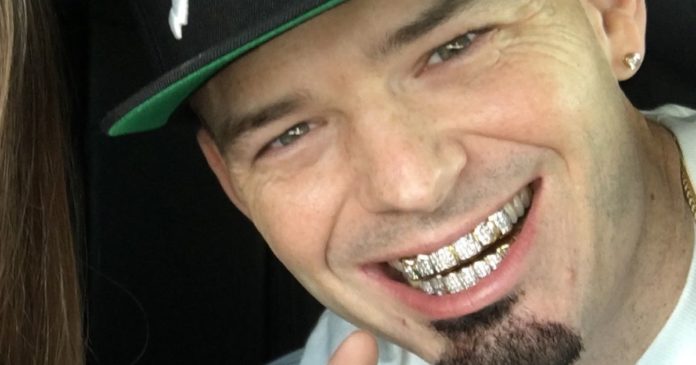 Known for his love of Texas and weed almost as much as his grill, Paul Wall has been grinning and rapping his way to fame for almost two decades. Laying in the cut with other acts like Chamillionaire, Nelly, and even Yelawolf at one time or another, Paul Wall has almost become as much of a fixture in hip-hop as Snoop Dogg or T.I.P. But in recent years, it’s seemed his schedule has relaxed a little bit. Here, we’ll take a look at his origins, his career, and what Paul Wall has been up to in 2017.

Born as Paul Slayton on March 11, 1981, in Georgetown, Texas ( a Houston Suburb), Paul hasn’t shared much of his early life to the world. What we do know however is that he attended Jersey Village High School with fellow rapper Mike Jones and established a solid friendship. He would then enroll at the University of Houston where he majored in communications and mass communication, though he would drop out in his final year. Before starting his life in rap, Paul Wall was introduced to the genre by way of DJ Screw who would influence his feel for the music, preferring much slower beats than what is average. 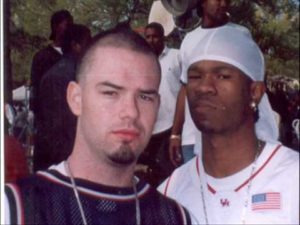 Soon after leaving University, Paul Wall would work with another Texas startup by the name of Chamillionaire (who would live up to the latter half of his name both during and after his rap career) to try and grab a promotional deal for Swishahouse, a label owned by Michal Watts who also ran the KBXX radio station. The pair ended up being successful and were both featured on the mixtape Choppin Em Up Part 2. When released in 1999, the pair instantly became famous through the Houston area and were often invited to events all around the area, as well as instant members of Swishahouse’s permanent cycle.

Sadly (for the label) not long after joining Swishahouse the pair would branch off to create their own group called The Color Changin’ Click, which was a nod to Chamillionaire’s persona. Officially the pair joined forces in 1996, but they did not release an album until 2002 under the Paid in Full Entertainment Label founded by Madd Hatta, which they called Get Ya Mind Correct. It would go on to sell 350,000 copies and be nominated for Indie Album of the Year by The Source magazine. Ironically, a later chopped and screwed version would be made by DJ Michael Watts out of the same Swishahouse they just left. The pair then intended to release a second album in 2003, but artistic differences would lead the two to split, as well as Paul Wall’s friendship with another rapper Mike Jones. Jones for his part had long had a reputation of talking trash about Chamillionaire behind his back while trying to make deals in front of him. Despite these differences, the album Controversy Sells would come out in 2005 and top at the number 50 spot in the R&B charts, by which time Paul Wall returned to Swishahouse.

After this split, Paul Wall would team up with Mike Jones for his first major release “Who Is Mike Jones?” as well as gain his first major single credit with the song “Still Tippin’”. This single would also be featured in The Day Hell Broke Loose Part 2, which would sell over half a million copies within months of release. In 2004 Paul Wall would release his first record, Chick Magnet, which would gain moderate success, peaking at 37 in the top 200. In 2005 (alongside Controversy Sells), Paul Wall would release his own album called The People’s Champ which hit the number one spot on the Billboard 200 and the single from the album “Sittin’ Sideways” became an instant hit both on the radio and on the web, helping put Texas rap really on the map.

After this success, Paul Wall would help out a group that included Skinhead Rob and Travis Barker by the name Expensive Taste which would release a single mixtape that’s still available on Paul Wall’s website grillsbypaulwall.com. He would also go on extensive tours including to active duty areas of Afghanistan before returning home to appear in a Nickleback, and also on Collie Buddz self-named reggae album. He would then get to work on his album Get Money, Stay True, which would feature (among others) Snoop Dogg, Lil Keke, and Jermaine Dupri, which would top at number 8 on the charts and sell nearly 100,000 copies within the first week.

In 2008, Paul Wall would make some big moves. First of these was joining Tech N9ne’s label Strange Music on tour throughout the United States, forming a long partnership and friendship with N9ne. He would also come out and advocate for Barack Obama during his presidential run, also claiming he’d vote for him, despite never voting before. The following year, he’d make his first big on-screen appearance in the movie “I hope they serve beer in Hell”, where he’d play rapper Grillionaire (probably a play on his own focus on grills and his friend Chamillionaire’s name). Unfortunately, this indie film completely flopped by all accounts, making a domestic gross of $1.4 Million (yet costing $7 million), and a 22% rating by critics. This certainly was not helped by the writer of both the book and screenplay, Tucker Max, pulling a few publicity stunts that made him out to be a rapist and paying people to protest his own movie. There is little doubt that Paul Wall is grateful this is not the thing he is remembered for. Probably wanting to create as much distance from the film in any sense possible, Wall then partnered with a Polish rapper Kaczor to work on an album together in 2010.

Also in 2010, Paul Wall went in to get a gastric sleeve to help him loose around 100 pounds, likely to help him stay around for his two kids and wife, Crystal Wall, whom he had been married to since 2005. Probably seeing the opportunity to get a bad taste of film out of his mouth, he would also then jump onto another movie project, this time Xtinction: Predator X in 2010 as well (it would be released in 2014), which is about as campy as a sci-fi flick can get, and can now be seen quite often on the SyFy channel. On the plus side, Wall did state he thought playing the character “Froggy” was quite fun and overall, while not the best-produced film, it is very far from offensive.

What is Paul Wall doing now in 2018 – Recent Updates

In terms of recent ventures, Paul Wall has continued to diversify. In 2011, Paul Wall would join the mobile gaming craze by jumping into the Silicon Valley and partnering with a video game company to create Battle Rap Star, where he’d be the final boss. The next year, Paul Wall would release another mixtape whose title was a play on the Beastie Boys, named “No Sleep Till Houston”, and then released another in 2013 with Slim Thug to celebrate the 2013 NBA All-Star Game which was being held in his hometown. During this same year, Paul Wall would form his own label, Paul Wall Music, and release an album which by design wasn’t made for mass release. Focusing primarily on underground tracks, it’s very much for hip-hop heads in the Houston area, but overall it is a well-done album. The next 3 years would bring 3 more albums, The Po-up Poet, SlabGod and Houston Oiler, with the last being the most successful so far.

As of 2017, Paul Wall has focused a good deal of his time touring on the Houston Oilers tracks, as well as managing his own signature Grill business, Grills By Paul Wall. You can easily see a lot of his products on his Instagram and Twitter accounts, where he takes pride in the mouth full of jewelry he sells to those who want some gems in their grins.