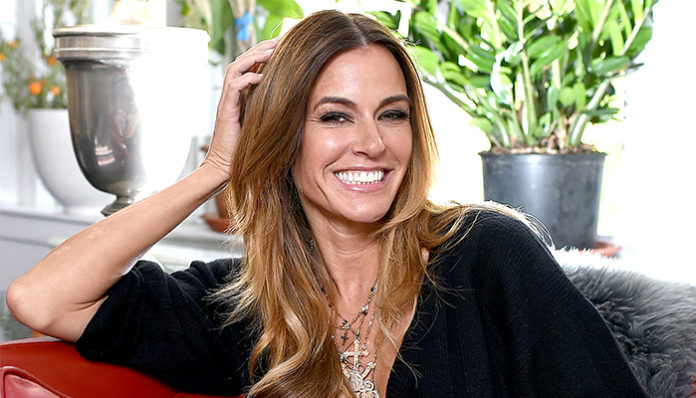 An American socialite, Kelly Bensimon is perhaps best known for her role in the reality show, The Real Housewives of New York City. Originally from Illinois, the brunette worked as a model for many years prior to making her television debut in the late 2000’s. Posing for numerous brands, she had appeared in multiple magazines including Harper’s Bazaar, Elle, and Cosmopolitan. At one point, she was even the face of Clarins, the French luxury skincare brand!

Aside from her modeling gigs, she has also been an author for quite some time- did you know that she has a bachelor’s degree in writing and literature? Currently, she serves as the main editor for Hamptons Magazine and Gotham Magazine, both of whom are owned by Niche Media. Over the years, Bensimon has also written a few books including American Style, The Bikini Book, and In the Spirit of the Hamptons. Last year, she also published the author, A Dangerous Age, which was a decent success.

In 2009, the model and author was offered a role in Bravo’s The Real Housewives of New York City. Introduced in the second season, her co-stars included Ramona Singer, Jill Zarin, Alex McCord,  Luann D’Agostino, and Bethenny Frankel. For the next couple of years, she starred on the show as one of the main housewives; it wasn’t until the end of the fourth season that she left the series. Between 2014 and 2015 however, she did return as a guest character for a few episodes. Ultimately, it was the Bravo reality show that brought her to the forefront of reality TV.

What has the reality star been up to in the recent years? Has she appeared in any other television programmings over the past few months? TV series? Movies? What happened to Kelly Bensimon? Where is she now in 2018? Find out here.

Born on May 1, 1968, in Rockford, Illinois, Kelly Bensimon started to work as a model in her early teens. Following her high school graduation, she moved to Connecticut where she went to Trinity College briefly. From there, she eventually enrolled in Columbia University’s School of General Studies; she graduated with a bachelor’s degree in writing and literature in 1998.

Later moving to New York City, she continued her modeling career, appearing in various magazines such as Cosmopolitan, Elle, and Harper’s Bazaar. At one point, she even appeared on a six-page pictorial on Playboy magazine (her ex-husband happened to have been responsible for the photo shoot at the time).

Putting her writing degree to good use, she currently serves as the editor for Gotham Magazine and Hamptons Magazine, the latter of which is a free weekly publication. Previously, Bensimon had also been the founding editor of Elle Accessories, though she has since left the post. On top of that, she had also been responsible for “The Socializer: Kelly Killoren Bensimon”, a column on Page Six Magazine in the past.

As an author, Bensimon has also published several books including American Style, The Bikini Book, and In The Spirit of the Hamptons. Just last summer, she released the novel, A Dangerous Age through Simon and Schuster.

Kelly Bensimon on The Real Housewives of New York City

In 2009, Bensimon was cast in the popular Bravo series, The Real Housewives of New York City. The second installment of the franchise, the show followed the lives of several women in New York City. Her first major television appearance, she starred on the show for the next three years; her co-stars included Ramona Singer, Luann de Lesseps, Jill Zarin, and Alex McCord.

Ultimately, she stayed on the series for three seasons (e.g. season two to season four), until her departure in 2011. With that said, she eventually came back to make a few guest appearances between 2014 and 2015. Since then, Bensimon has not returned to the show.

With her rise to fame, she soon found herself invited onto other shows such as Love Lust, The View, The Nate Berkus Show, Good Morning America, and The Tonight Show with Jay Leno. In 2010, Bensimon also participated in Who Wants to Be a Millionaire, as a celebrity partner. Needless to say, she was kept busy during the early 2010’s.

Aside from reality television, she had also delved into acting. In 2014- years after her debut on RHONYC, she made a brief appearance in the horror film, Innocence, starring Kelly Reilly, Graham Philips, and Sophie Lane Curtis. From there, she appeared as a minor character in the TV series, Hunting Season and in the drama film, Supermodel.

As if everything we’ve mentioned above wasn’t imposing enough, she’s also an entrepreneur with her own line of jewelry. In 2010, she launched the Kelly by Kelly Killoren Bensimon line, which featured various accessories made of metals, leather, crystals, and feathers. Sold at numerous Intermix stores across the United States, a portion of the profits went towards Feeding America, a non-profit organization that provides food for over 46 million people in the US.

In 1997, she married her longtime partner, Gilles Bensimon, who worked as a professional photographer (allegedly, the two had met during one of her photoshoots in the early 90’s). A year after tying the knot, the two welcomed a daughter named Sea Louise in 1998; a second child soon followed, Thaddeus Ann in 2000.

According to reports, her husband at the time often left her alone with the newborn (after the birth of her first daughter), something that exacerbated her postpartum depression. Ultimately, the relationship did not last; they eventually divorced in 2009 after ten years of marriage.

What is Kelly Bensimon Doing Now in 2018 – Recent Updates

From what we can gather, Kelly Bensimon has not made many recent appearances on reality television. Looking at her IMDb page, she last appeared on Fashion News Live and The Puppy Anthem in 2015.

With that said, she may be making a return to the acting scene instead. According to sources, the former Bravo star will be playing a small role in the upcoming comedy film, Good Bones, starring Blanchard Ryan, Theodora Miranne, and Chloe Levine. So far, no release date has been revealed.

Still, her major focus these days seems to be her writing career. The last that we heard, she worked as a style columnist for the morning newspaper, AM New York.

Want to stay connected with the former reality star? You can follow her online on several social media platforms; she’s active on both Instagram and Twitter under the username, ‘kellybensimon’. While you’re at it, you might also want to check out her Facebook page at @kelly.k.bensimon.