What Happened to Stephen Furst? 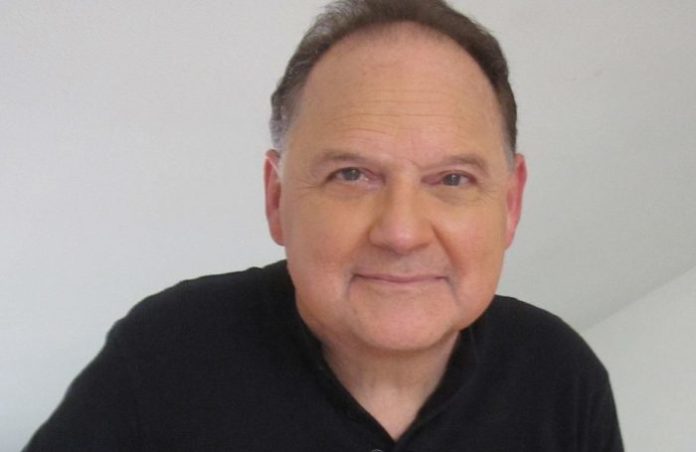 Moving onto to one of the most talented members of the former Babylon 5 cast. Stephen Furst was not only an actor on the show, and a damn funny one, but he directed a number of episodes, an experience that would prove valuable to him. He began his career as a comedy actor and really carved out a minor niche for himself from the mid-seventies onwards. His career was steady in the mid-eighties, and finally landed a major recurring role in 1983, in St Elsewhere. In the early nineties, he landed his more well-known role, that of Vir Cotto, in Babylon 5. Sadly, he passed away from complications of Diabetes in 2006.

So let’s take a long look at the life and times of Stephen Furst.

Stephen Furst was born on May 8th, 1954 in Norfolk Virginia. His birth name was Feuerstein, not sure why he changed it, but there we are. I cannot find reference to higher education for the actor, instead, he went with a more direct route to stardom. A combination of auditions and pizza delivery landed him a position in the hit film Animal House. He used to delivery pizza for a living, and eventually, he started putting his headshots and resume in the boxes, one found its way to the producer Matty Simmons, who liked his look.

His comedic chops led to him landing a number of National Lampoon roles in the years following, including a turn on the TV show spin-off of Animal House. The show was a minor hit, and the late seventies to early eighties would be a formative time for Furst. In 1983 he landed a long-running role in St Elsewhere, and as I am so fond of pointing out, long-running roles are where the money is made in television. The show ran for six seasons, 137 episodes, with Furst appearing in 102 of them in total. The show was in the same vein as MASH, a combination of gritty drama punctuated by black comedy, and while it was never a huge success, it most assuredly put Furst on the map.

Furst did not appear in the 1993 pilot film Babylon 5 In the Beginning but was a major character in the full show that would follow. 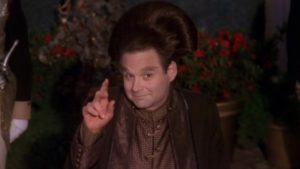 Furst plays Vir Cotto on the show, the aid to Peter Jurasik’s Londo Mollari. Initially, a weak-willed character who flowed on the currents around him, he grew into one of the best characters, with some absolute stand out moments. No other character could see the nuance to Londo, that same nuance that we the viewer saw, so when he went off the deep end he, Vir, was there to pick him the hell back up. Furst put in a consistent performance throughout the shows run, bringing some much-needed levity to a story thread that was otherwise black as pitch. The story of how he was hired is wonderful. Arriving late to the casting he noticed that all the other actors reading for the role had gone the extra mile, coifing their hair in the Centauri fashion. Feeling out of place he rushed to the bathroom and attempted to spike his own hair using soap from the dispenser. It did not go well, and when his name was called he stumbled into the room, explaining at a mile minute, with tears and soap running down his face. The producers offered him the role there and then, proclaiming that he was Vir.

In 1995 he took a brief hiatus from B5 to star in a sitcom, Misery Love Company, which was unfortunately short-lived. He returned to B5 that same year, having lost well over 100 pounds, and none of his original wardrobes fitted him. He credits Babylon 5 for saving his life. Furst, a long time Diabetic, was going through kidney failure halfway through the shows run. A fan, having heard of his illness, donated a kidney to save him.

After Babylon 5 he mostly worked in voice-over roles. He appeared in Buzz Lightyear of Star Command, with former co-star Bill Mumy, and The Little Mermaid 2. Live action roles include Scrubs, Wild Roomies, and Basilisk The Serpent King. He took a step back from acting and directing in 2006, becoming a producer until his death in 2017.

When did Stephen Furst Pass Away?

Stephen Furst died in 2017, due to complications of diabetes. He will be remembered at the very least, a comedic actor with great talent, and even some dramatic range. Furst appeared not only in what is considered by many the greatest comedy film of all time, Animal House, but also in what is considered by many to the be codifier for dramatic, mytharc science fiction television, and television in general with Babylon 5. In the latter years of his life, he worked with many charities, focusing on heart health and Diabetes awareness and research in the US. He is survived by his wife, Lorraine Wright, whom he met back in the seventies during his run on Delta House, and his two children.