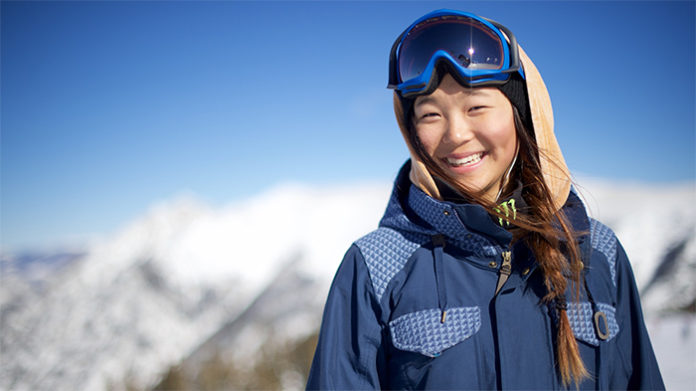 Hailing from California, Chloe Kim was the first ever female snowboarder to win a gold medal at the Winter Youth Olympic Games. As if that wasn’t impressive enough, the teen has also won the Winter X Games a number of times- in fact, she has already accumulated four gold medals from the SuperPipe events.

Since then, she has taken her game to a whole new level- just a few days ago, she won the gold medal in the halfpipe snowboarding event at the 2018 Winter Olympic Games in PyeongChang. With that, she became the youngest female to have ever achieved such a feat.

With all the gold medals that she’s received over the years, is it safe to assume that her career has been incredibly rewarding? How much has she earned in terms of prize money? How rich is she? Unfortunately, information on Chloe Kim’s 2018 net worth is not yet available. Having said that, it’s obvious that the 17-year-old is on her way to having a substantial net worth- just look at how well some of the other snowboarders are doing for themselves (Shaun White comes to mind with his $40 million net worth)!

How did Chloe Kim Make Her Money & Wealth?

Born on April 23, 2000, in Long Beach, California, Chloe Kim was raised in the city of Torrance by her parents, both of whom are immigrants from South Korea. At the age of four, she snowboarded for the first time at a local resort. Quickly taking to the sport, she eventually started to compete within two years- when she was six years old.

Due to the fact that she was only thirteen at the time, she was unable to compete in the 2014 Winter Olympics in Sochi. Instead, she turned her attention to the Winter X Games, where she successfully finished in second place in the superpipe event, behind Kelly Clark.

The following year, she won the gold medal at the same event in the Winter X Games, after defeating Clark. With that, she became the youngest female snowboarder to have ever received gold at the time (Kelly Sildaru would later break this record in 2016 at the age of thirteen).

Returning for the X Games the following year, she became the first snowboarder under the age of sixteen to win two golds at the competition. That same year, Kim became the first female to successfully land back-to-back 1080 spins, which earned her a perfect 100 points.

From there, she participated in the 2016 Winter Youth Olympics, where she became the first American female to win a gold medal. Ultimately, her performance earned her an ESPYS Award nomination for Best Breakthrough Athlete that year.

Two years after participating in the Winter Youth Olympics, Kim earned herself a coveted spot in the 2017 Winter Olympics in PyeongChang, South Korea. Continuing her winning streak, she went on to take home the gold medal for the United States in the Women’s Halfpipe finals event.

As far as we know, Chloe Kim is currently single and not married.

Does Chloe Kim Have Any Children?

No, Chloe Kim does not have any children.

Did Chloe Kim Go to College?

No, she has not- in fact, she is still currently working on completing high school.

What is Chloe Kim Famous For?

As a snowboarder, Chloe Kim recently rose to prominence after winning the gold medal at the Halfpipe event in the 2018 Winter Olympics. Prior to that, she had been the youngest female to have won a gold in snowboarding at the Winter Youth Olympics.

Chloe Kim currently lives with her family in California. Further information is not available at this time.

What Kind of Vehicle Does Chloe Kim Drive?

Information on Chloe Kim’s vehicle is unavailable at this time.

How Much Money Did Chloe Kim Make Last Year?

As already mentioned, Chloe Kim is currently representing the United States at the 2018 Winter Olympics in PyeongChang. In fact, she has already won a gold medal at the Halfpipe event, which was held from February 12th to February 13th, at the Bogwang Phoenix Park.

Want to support the young snowboarder? If so, why not follow Chloe Kim on social media? Unsurprisingly, you can find the teen on a few platforms including Twitter at @ChloeKimShow and Instagram at @ChloeKimSnow. On Facebook, you can also check out her official fan page here.