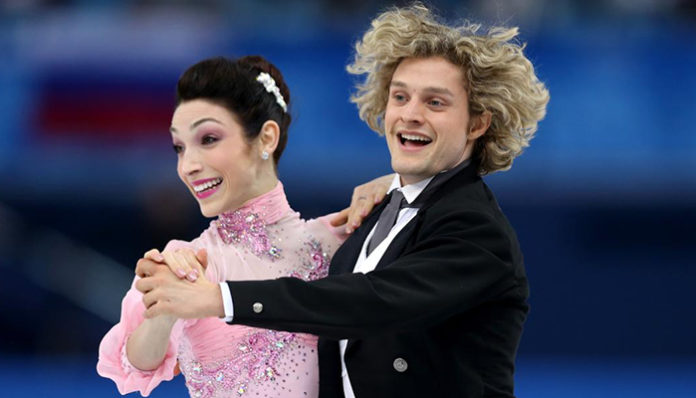 An American ice dancer, Charlie White has won numerous titles with his skating partner, Meryl Davis. The longest-lasting dance team in the United States, they have represented the country twice at the Winter Olympics- once in Vancouver in 2010, and another time in Sochi in 2014. Altogether, they won three medals, including a gold during the latter.

Though the pair will continue to perform together in ice shows, White has confirmed that they will no longer be taking part in competitions. With that said, they have stated that they will be launching new careers as ice dancing commentators on television.

With how well known they are in the figure skating world, just how well off are they? As one who has won a gold medal at the Winter Olympics, how successful is he doing for himself nowadays? From our research, Charlie White’s current net worth is around the $500,000 mark. Where did he earn this amount from? Prize money? Television appearances? Endorsements? We’ll be looking into this question a little more down below,  so be sure to stick with us!

How did Charlie White Make His Money & Wealth?

Born on October 24, 1987, in Royal Oak, Michigan, Charlie White began skating when he was just five years old. Though he originally competed as a single skater, he later took up ice dance at the age of seven, under his coach’s advice- for she hoped that it would help “smooth out” his skating.

Not long afterward, he was partnered with Meryl Davis, a fellow skater whom he’d lived 10 minutes apart from. During the first season together, they competed as Juveniles at the Junior Olympics, where they won the silver medal. Over the next few years, she quickly went up the ranks- by 2003, they had made their junior debut at the 2003 US Championships.

From there, they made their international and national senior debut in the 2006-07 season. At the US Championships that year, White and Davis successfully finished in third place, which earned them a coveted spot at the 2007 World Championships. Over the next few years, the pair continued to compete in numerous events such as the Cup of Russia, Skate Canada, National Championships, and Four Continents Championship.

Finally in 2010, they found themselves in center stage at the Winter Olympics in Vancouver. After skating a personal best, the pair received the silver medal, second to Canada’s Tessa Virtue and Scott Moir. That same year, they won silver at the World Championships.

With some of their greatest accomplishments out of the way, let’s talk a bit about the skater’s earnings. Like most figure skaters, a good portion of White’s income comes from performing in ice shows such as Stars on Ice. At one point, he and Davis were also featured in a one-hour TV special called How to Raise an Olympian.

Since their retirement form ice dance in 2017, he has expressed an interest in working as an ice dance commentator.

Since 2015, he has been married to Tanith Belgian, a fellow ice dancer.

Does Charlie White Have Any Children?

As far as we know, Charlie White does not have any children.

Did Charlie White Go to College?

Yes, he studied at the University of Michigan, where he majored in political science.

What is Charlie White Famous For?

As an athlete, Charlie White is best known for his accomplishments in ice dance with skating partner, Meryl Davis. An Olympic gold medalist, they two have also won the World Championships and Grand Prix Finals more than once.

Charlie White currently lives in Ann Arbor, Michigan. Photos of his home are not available at this time.

What Kind of Vehicle Does Charlie White Drive?

Information on Charlie WHite’s vehicle is unavailable at this time.

How Much Money Did Charlie White Make Last Year?

After competing for the last time during the 2016-17 season, White and Davis announced their retirement in February 2017. With that said, the pair will be continuing to perform in ice shows throughout the year.

Did you know that Charlie White is active on social media? If you’re a fan, why not give him a follow? You can find him on Twitter at @Charlieawhite or on Instagram at @charlieawhite. If you’re on Facebook, he and Meryl Davis also have an official fan page which you can visit by clicking here.