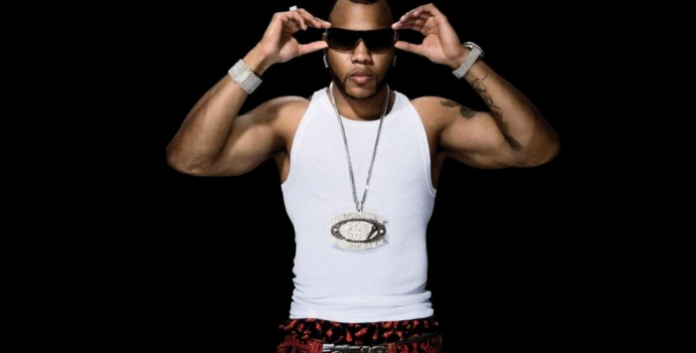 Flo Rida, real name Tramar Lacel Dillard, is a popular American rapper and composer. He first became famous in 2008 and has been on the scene ever since. Through his music work, he became a multi-millionaire and one of the most recognizable modern rappers. Today, we’re taking a look at his net worth, business, and life.

How Did Flo-Rida Make His Money & Wealth

Here is the story of how Flo-Rida made his $30 million net worth.

Tramar Lacel Dillard was born in Carol City, Florida in 1978. He was raised together with his 7 sisters, and in ninth grade, he joined GroundHoggz, an amateur rap group. They stayed together for eight years. Flo graduated high school in ’98 and studied for four months in Las Vegas before returning to Florida to pursue his music career. He decided to sign with Hot Boyz in 2000. His first major release was Birthday with Rick Ross. 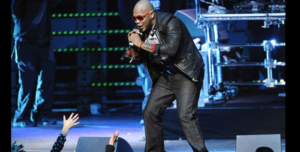 He released Mail on Sunday, his debut album, in 2008. The lead single of the album, Low, reached the top of the Billboard Hot 100 chart, with several others following its lead. Flo featured many artists on the album, including Timbaland, Rick Ross, T-Pain, Trey Songz, Lil Wayne, and Birdman. After his debut album’s success, he started doing live performances. His second album, R.O.O.T.S, was released in 2009, following the success of Mail On Sunday. The album was the 8th best selling rap album of that year. Only One Flo (Part 1) is his 3rd album, which was released in late 2010. Again, the album was very popular at its release and enabled Flo to create his own record label, IMG (International Music Group). His fourth album, Wild Ones, followed the success of his previous one, cementing Flo as one of the most prolific rappers of the age.

Flo-Rida kept releasing songs such as G.D.F.R, I Don’t Like It, I Love It, Hello Friday and Zillionaire. Last year he announced that his fifth studio album is 70% done and will be released soon. His latest single was Hola ft. Maluma, which was released in November of  2017. Over the course of his career, Flo was nominated and won dozens of awards in various music-related categories. Some of these include Internation Dance Music Award’s Best Hip-Hop Dance Track for Wild Ones and People’s Choice Favorite Hip-Hop Song Award for Low.

Throughout his music and performances, the rapper amassed himself a net worth of $30 million in 2018. And he surely isn’t afraid to spend the money or show it off. Next up we’re bringing you all the details about his personal life. Mostly about him spending money, as one can expect.

According to WDW, Flo Rida is currently single, having dated several women in the last few years. Some of his ex-girlfriends include Darnell Nicole, Melyssa Ford, Eva Marcille and Phoenix White.

Unfortunately, his recent annual earnings are unknown. However, there is a portion of his earnings that we can estimate – his YouTube revenue. According to SocialBlade, his YouTube channel grows by 2-3k subscribers each day and gets around 2m new views every day. This means that the channel makes $12k-$190k per month, and surely a great portion of that goes to Flo. 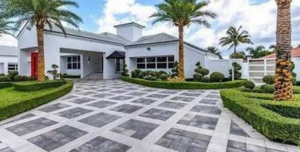 Last year, Flo bought a mansion from his own music producer, Elric Prince. The mansion spreads across 7200 sq ft and has five bedrooms and bathrooms. It is located in Hialeah, Florida. The estimated cost of the home was somewhere around $1.35 million. He also owns another home in Southwest Ranches. 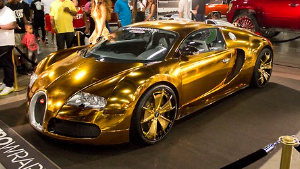 Flo drives one of the most expensive cars in the world, a $1.7 million Bugatti Veyron. But that wasn’t enough for him, so he decided to get a makeover for the car in 2013, plating it in gold.  It is not known how much he spent on the wrap, but you can imagine how much do 24-karat gold rims cost.

He is the Jackson Health Foundation number one Celebrity Ambassador. He stated that he hopes to make an impact on the lives of children and his community. He started a campaign called “Let Your Heart Flo”, in which he encourages his fans to donate money to the Hope’s Children Hospital.