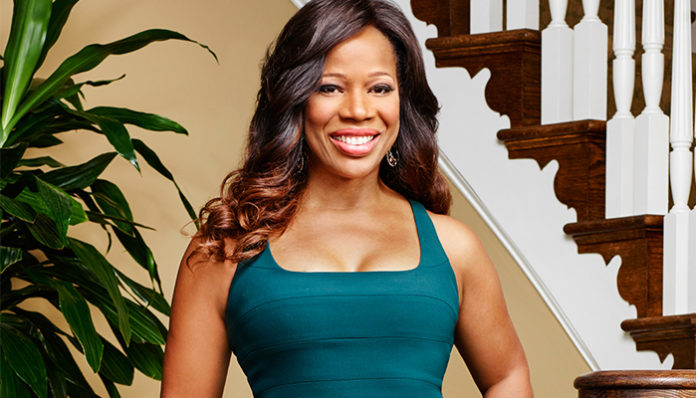 A television personality, Charrisse Jackson-Jordan rose to fame in the reality series, The Real Housewives of Potomac. One of the original housewives, she made her debut in the first episode, which aired in January 2016. From there, she stayed for two seasons- up until the summer of 2017. As far as we know, RHOP has not been renewed by Bravo for a third season.

Outside of her television career, the Potomac-native is also the mother of two teenagers, Skylar, and Jackson. Married to former NBA star Eddie Jordan, she currently works diligently to keep the family unit together, as she lives in Potomac while her husband resides in New Jersey.

With the work that she’s involved with, how much has she made over the years? How wealthy is the RHOP star? From our research, Charrisse Jackson-Jordan currently has an estimated net worth of $8 million. How much of this came from her contract with Bravo? What other projects does she have? Hopefully, we can provide some answers to these questions below.

How did Charrisse Jackson-Jordan Make Her Money & Wealth?

Born on July 16, 1965, in New Jersey, Charrisse Jackson-Jordan grew up in the city of Somerset. After graduating from high school in the early 80’s, she attended Morgan State University in Baltimore, where she eventually received a bachelor’s degree in telecommunications. Following that, she returned to New Jersey, where she worked as a teacher for several years.

In early 2016, she was cast in Bravo’s newest series, The Real Housewives of Potomac. Following the same format as its predecessor, the show centered around the personal and professional lives of several women in the Potomac, Maryland area. Aside from Jackson-Jordan, the cast also included Gizelle Bryant, Robyn Dixon, Ashley Darby, Katie Rost, and Karen Huger.

Relatively popular, the series premiere attracted over 2 million viewers in the U.S. Despite a gradual decline in ratings, RHOP was eventually renewed for a second season in the spring of 2017. With the exception of Katie Rost, who left at the end of season one, all of the housewives return for the second year.

Ultimately, it’s through the Bravo series that Jackson-Jordan soared to fame on television. Now for the big question- how much was she paid for her time on the show? Unfortunately, details regarding her contract salary have never been revealed to the public. Given that RHOP was an installment of the popular Real Housewives franchise, however, she most likely received a few tens of thousands of dollars per season.

Since the end of RHOP in 2017 (the show was never renewed for a third season by Bravo), Jackson-Jordan has not appeared on television much. Looking at her official IMDb page, her only other small screen appearances were in the shows Access Hollywood Live, and E! True Hollywood Story.

Aside from her TV career, what other projects have been keeping her busy? According to her official Bravo bio, she regularly gives back to her community via charities and non-profits, whenever her schedule allows.

Yes, she has been married to Eddie Jordan, a former NBA player, for close to two decades.

Does Charrisse Jackson-Jordan Have Any Children?

She has two teenaged children with her husband, a daughter named Skylar, and a son named Jackson.

Did Charrisse Jackson-Jordan Go to College?

Yes, she did- she attended Morgan State University where she received a degree in telecommunications.

What is Charrisse Jackson-Jordan Famous For?

Charrisse Jackson-Jordan is best recognized for her appearances on Bravo’s popular reality show, The Real Housewives of Potomac. One of the main stars, she was in the series from 2016 to 2017.

Charrisse Jackson-Jordan currently resides in Potomac with her two children, while her husband resides in New Jersey.

What Kind of Car Does Charrisse Jackson-Jordan Drive?

Information on Charrisse Jackson-Jordan’s vehicle is unavailable at this time.

How Much Money Did Charrisse Jackson-Jordan Earn Last Year?

As mentioned earlier, she most recently starred in the second season of The Real Housewives of Potomac, which ran from April to July 2017. Since the end of the show, she has not returned for any additional TV appearances, as far as we know anyway.

Want to follow the former reality star on social media? You can find her on Twitter at @CharrisseJordan or on Instagram at @1charrisse. On Facebook, she also has an official fan page, which you can visit here.