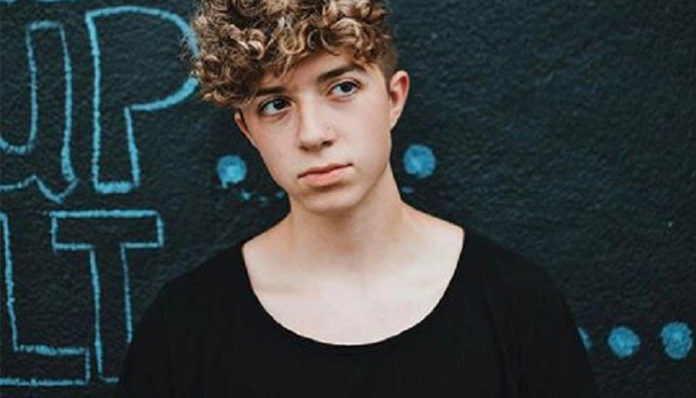 A rising star, Jack Avery is perhaps best known for being a part of the five-member boy band, Why Don’t We. Known for his soulful voice and talented guitar skills, he has been involved with making music ever since his early teens- it wasn’t until later in 2016 that he decided to join WDW.

Since then, he and his bandmates have traveled and performed in numerous cities across the U.S. If anything, they have only stolen more hearts over the past year. Incredibly popular, WDW has been featured on numerous media outlets including Sweety High, Huffington Post, and Tiger Beat, among many others.

With all that he’s accomplished, how successful is he? How rich is the 18-year-old singer? From what we can gather, Jack Avery’s net worth is currently around the $200,000 mark. What percentage of his earnings come from his worth with the boy band? What are some of his greatest sources of income? Does he have any other ongoing projects? Let’s take a look at some of this below.

How did Jack Avery Make His Money & Wealth?

Born on July 1, 1999, in Burbank, California, Jack Avery spent most of his early life in Susquehanna, Pennsylvania, after moving there with his family as an infant. Growing up with his four siblings, he often spent his free time playing sports such as basketball. Though he’s always been interested in music, it wasn’t until later in his teens that he started to take the hobby more seriously.

As it happened, he was eventually recruited into the five-member boy band, Why Don’t We in 2016. Not long after their formation, which was announced via YouTube, they released their debut single, Taking You, which was taken from their upcoming EP at the time. An overall success, the music video ended up garnering millions of views on their official channel.

From there, the group dropped the said EP, Only the Beginning on November 25, 2016. Consisting of six titles, it gave rise to the singles Taking You, Free, Just To See You Smile, and Nobody Gotta Know. Some highlights from these projects include You and Me at Christmas, Something Different, and These Girls, two of which charted in the U.S.

Since then, they’ve followed up with four additional albums over the past year- the latest of which was made available in November 2017.

Obviously, Avery would have pocketed some amount of earnings from the above projects. On top of record sales, however, the group has also gone on a couple of national tours, both of which would yield decent profits. Just last year, they hit the road for their 2017 tour, which saw them performing in over a dozen different cities across the country.

As far as other sources of income go, there’s also their Youtube Channel, which has gained over 1.4 million subscribers in the past year and a half. Given that its contents have been monetized by the group (which it most likely has been), it would be yet another source of income for the teens.

No, Jack Avery is not married. As far as we know, he is not in a relationship either.

Does Jack Avery Have Any Children?

No, Jack Avery does not have any children.

Did Jack Avery Go to College?

From what we understand, Jack Avery has not gone to college. For all we know, he has opted to pursue music full-time instead.

What is Jack Avery Famous For?

Jack Avery rose to fame after his band gained traction with their debut single, Taking You in 2016. Since then, the group has dropped several additional projects, including a handful of extended plays.

Jack Avery currently resides in Pennsylvania. For his work, however, he often travels to Los Angeles, California. Photos of his abode are not available at this time.

What Kind of Car Does Jack Avery’s Drive?

Information on Jack Avery’s vehicle is not available.

How Much Money Did Jack Avery Earn Last Year?

As mentioned earlier, Avery and his band most recently released their fifth album, A Why Don’t We Christmas last fall. In addition to that, they had also been kept busy with their 2017 concert tour, which took them to 18 different cities in the U.S.